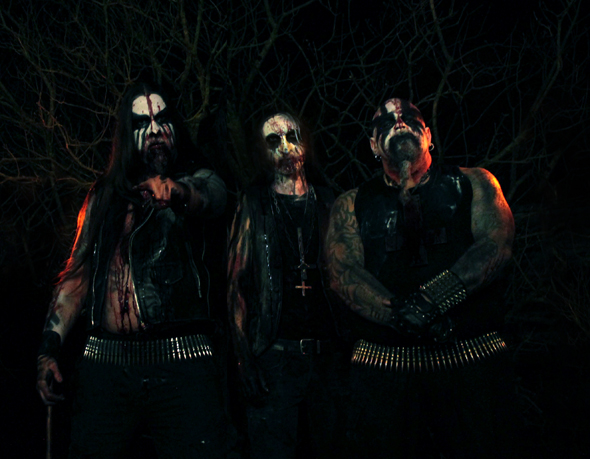 In Disney films, flutes are used to illustrate songbirds; delicate creatures with an affinity for showing affection and an inclination towards the kind of helpfulness that might assist with daily chores. In a similar manner, Black Metal band Ragnarok’s latest album, Psychopathology, could be used to illustrate spiked chain flails attached to a wheat thresher being rended across the back of a roaring demon.

Hailing from the bitter fjords of Norway, Jontho (vocals), Malignant (drums), Dezepticunt (bass), and Bolverk (guitar) of Ragnarok have emerged from some cursed Viking tomb with their aforementioned eighth studio album, entitled Psychopathology, via Agonia Records. With a rich history on the scene, dating back to 1994 when they unleashed the demo Et Vinterland I Nord, Ragnarok is considered one of Norway’s most extreme Black Metal outfits. With various lineup changes through the years, band founder Jontho has been the backbone of the project since the start as their drummer. Change is imminent, and now, for the first time in their existence, Jontho takes the spotlight as the band’s frontman. With his own vocal style, it is just unique enough that there is no exact doppelganger, but still remaining very familiar to the genre. The world can now judge for itself whether Jontho is as good at drumming as he is at screaming about madness upon the release of Psychopathology on March 25th.

Upon picking up Psychopathology and looking at the art, a potential listener should have a pretty good idea of what they are about to get themselves into: total chaos. Drawn by Marcelo Vasco, the cover does a good job reflecting the madness of the human mind. The album sets the tone with opening track “Dominance and Submission,” a strong opener that serves to set an expectation of intensity for what is to follow. Next, “Hate” starts off with a darker, slower feeling, displaying a pattern of contrast that carries on through the rest of Psychopathology. One of the most important features of a good Metal album is the ability to provide contrast by trading tempos. Just as darkness is defined by light and insanity by sanity, Psychopathology defines its heaviness by mixing up tempo throughout the album, and more specifically throughout each song.

“Hate” is followed up by one of the stronger songs in the album, the title track, “Psychopathology.” The latter is faster and more intense than those that immediately precede it. This order serves to introduce the title track well and it allows the listener to feel the full impact of the song. The fifth track, “Infernal Majesty,” opens up with strong and memorable satanic lyrics. Furthermore, the song carries a strong melody along with its brutality that serves to stay with the listener as a memorable piece after the album has been set aside.

Following their pattern of weaving dark melody with the heavy crush of drums, Psychopathology carries through to be an intense listen all the way through. That being said, while intense, the later songs blend into each other in such a way that it begins to feel droning as it is brought to a close. When finally the listener is brought to the end of the album, they are greeted by the thundering drums and ragged vocals of “Where Dreams Go To Die,” which makes for a fitting closing. Ragged vocals convey the exhaustion a listener should feel after experiencing the intensity of the rest of the album coursing through them. A slow melody combined with a harshness consistent with the rest of the album serves to provide the listener with a feeling of finality to the piece, and perhaps a need to soak in the silence left behind after the ravaging music has left.

The skill with which the contrast is controlled within Psychopathology is impressive. Just when one believes they have escaped its jaws, the piece lunges back at them and mauls them with sound. With Marduk’s bassist Devo behind the console, it is just another reason Psychopathology is so well put together. In addition to the above mentioned changes, the album is also the swansong performance for Dezepticunt on bass. If someone has never heard of Ragnarok then they have likely missed out seven times and it would be a mistake to pass on their eighth, Psychopathology. In the end, CrypticRock.com gives Psychopathology 4 out of 5 stars. 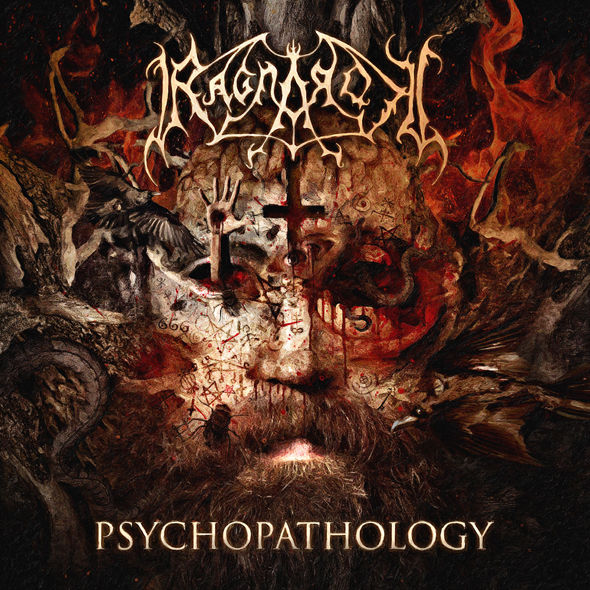