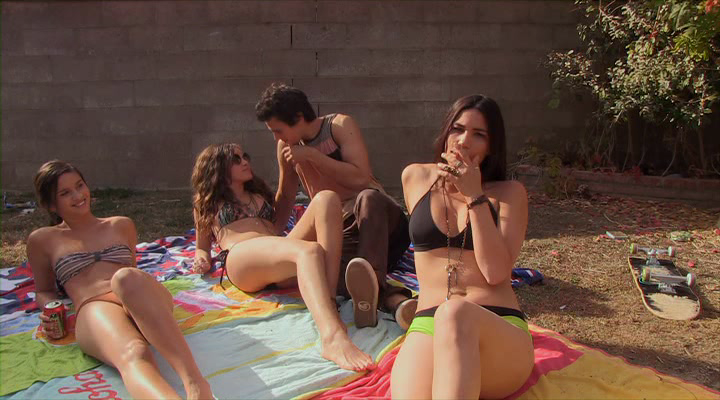 The 1970s saw the growth of some of the most violent and deadly cults in history, the most famous being the Manson Family. Using that terrifying subject matter, Raised by Wolves begins by showing the only evidence left of a cult massacre that took place in 1973. A zealot named Ernest Plainsong amassed a group of young troubled followers, who believed he had been chosen by God to destroy demons disguised as people. Over time, they killed several people but eventually started to believe they themselves were also able to detect these demons. After accusing each other of being demons, a bloody massacre ensued, ending with over one dozen grizzly murders adorning the bleak landscape.

Fast forwarding to the present day, friends Fisher (Monty Geer: Boardwalk Empire 2012, Awkward 2014), Mikey (Evan Crooks: The Carrie Diaries 2013, Awkward 2014), RayRay (Hassan Mahmoud: The 40th Day 2013 , Hidden Valley the Awakening 2015), and Joey (Michael Hudson: 1313: Billy the Kid 2012, Fear Force Five 2014) live on the reservation, regularly getting into trouble for their skateboarding escapades. Mikey films Fisher, RayRay, and Joey as they skateboard, getting into small amounts of mischief, the usual escapades for bored teenagers. They run into a couple of girls, Audrey (Kristina Emerson: Last Moments of Relationships 2014, Construction 2015), who makes out with Fisher, Harmony (Leore Hayon: The Land of Misfits 2014, Eden 2014), and Donna (Alisa Torrest: Strings 2012), whom is Harmony’s older sister. The boys coax the girls into joining them to an area off the reservation that has not been touched in years, and better yet, has an empty pool. 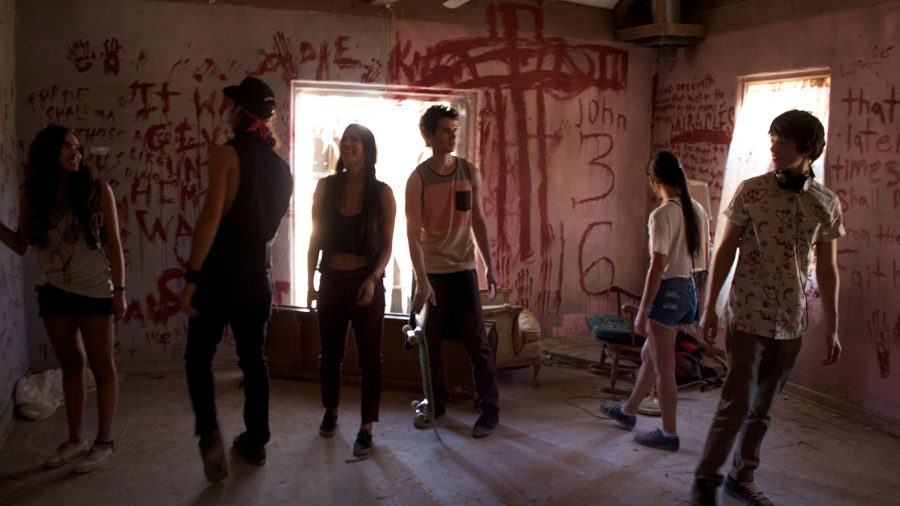 After getting some resistance, they borrow a van and make their way to the abandoned grounds. On the way, Fisher tells the group the legend of Southern Desert Valley and Ernest Plainsong, playing up the mysterious and terrifying past, adding intrigue to their adventure. Once they arrive, the group look around the area, examining the many buildings. As well as finding bloody graffiti covering every surface, everything else had been left where it sat in a hurry. Despite being mildly freaked out, the friends ignore their hesitations and use the pool to film some new skating tricks. As Mikey films them, he begins noticing a hazy figure appearing behind his friends. He becomes convinced that Plainsong is haunting his former home. The others are reluctant to believe him, but that soon changes when they are faced with strange events and begin being assaulted by unseen forces.

After discovering the van has been vandalized, they gather together in the only place close by, but even that will not stop the evil that is relentlessly invading each of them. The group are soon fighting for their lives as one by one they are picked off by an unexpected assailant. Holding onto their sanity becomes difficult as reality is replaced by something usually only found in stories told by their Elders. The fun day the seven young people initially planned skateboarding uninhibited quickly gets turned into a disturbing supernatural tale of their own that will be passed down once the bodies are found. 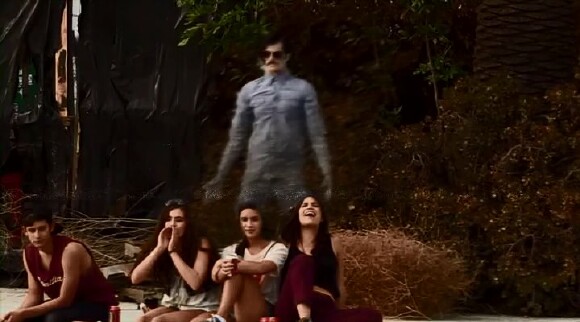 Despite the movie title being completely unrelated to the content of the film, Raised by Wolves has a solid story. Well-acted by a young cast that competently portray a level of depth in their characters not always achieved within one and a half hours, the film maintains a constant pace. Once the action amps up, it is non-stop with no questions left unanswered. The cinematography by Benjamin Dell (Triangular 2014, Grill Dog 2015) maximizes the most out of the dry, arid region, eloquently focusing on both the negatives and positives of living in an isolated region with a dark past. CrypticRock gives Raised by Wolves 4 out of 5 stars. 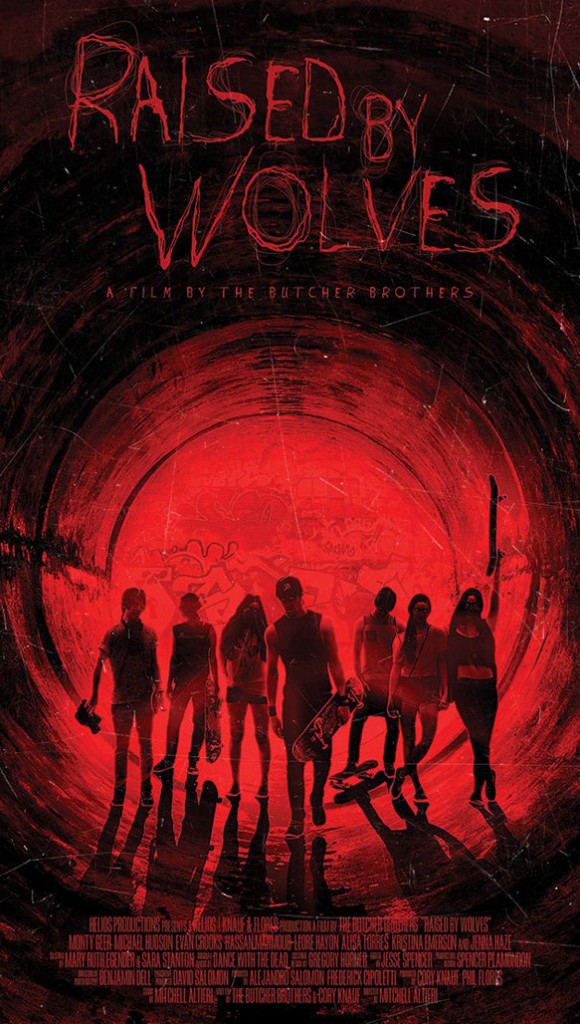