The legendary Berkeley, California band Rancid has been making unforgettable, quintessential Punk for over twenty-five years now, but it seems as though they have been a staple in the East Bay scene for far longer. Following the dissolution of seminal Punk band Operation Ivy, in 1991, Rancid rose from the band’s ashes with founding members Tim Armstrong and Matt Freeman leading the charge, followed by original drummer Brett Reed. Soon after, the iconic Lars Frederiksen joined up and the band released two self-titled albums – yes, two – and their most well-known LP, 1995’s …And Out Come the Wolves. You can bet that most modern Punks have been inspired by that record, and with good reason.

In total, Rancid has released nine full-length albums including 2004’s modern classic Indestructible and of course, their latest, Trouble Maker. Their newest album is the band’s third with Drummer Branden Steineckert, formerly of The Used, and follows the 2014 return-to-form …Honor is All We Know. Released on June 9, 2017 through Armstrong’s own Epitaph imprint, Hellcat, Trouble Maker is jam-packed with nineteen new tracks to add to Rancid’s killer repertoire.

Fans of the band’s classic work will find a lot to love in Trouble Maker. Though each of its songs has a unique sound, any of these songs could find a home among Rancid’s back catalogue – and that is a good thing. Even after all these years, the band has not lost sight of their roots. In fact, many songs on Trouble Maker pay homage to those that came before both lyrically and musically. Tracks are short, punchy, and full of Armstrong’s signature beloved and often indecipherable vocals.

It all starts with “Track Fast,” a song which is, well, quite literally a fast track. Clocking in at just under a minute, “Track Fast” sets the tone for what is to follow – lots of vintage-sounding, straight-up Punk sounds with that special Rancid flare. Following that comes the album’s first single, “Ghost of a Chance,” a fun, fuzzy track with an Americana guitar solo and catchy lyrics.

“Telegraph Avenue” is a brighter and more complex track with some acoustic touches that will appeal to fans of Indestructible. This is a song that keeps with the band’s commitment to crafting songs about important social issues that have been at the core of Punk music since its inception. Following another of Rancid’s inspirations, “Where I’m Going” has the bright bounce of Ska that is reminiscent of songs like “Time Bomb.”

One of the heaviest tracks is “All American Neighborhood.” It is a Punk track through and through, but at the same time it has the intricate, impossibly fast bass line from Freeman and Armstrong’s gritty vocals that define it as a Rancid song. The band quite literally pays tribute to Punk legends on “Say Goodbye to Our Heroes,” and to close out the deluxe edition of Trouble Maker, Rancid included the inspirational, grassroots “Go On Rise Up,” marking a killer end to the band’s ninth album.

There are few dull moments on Trouble Maker and it is exciting to know that, even after all these years, Rancid have not lost sight of their roots, their commitment to their community, and the individuality that makes them great. For giving Punk fans another solid album, CrypticRock gives Trouble Maker a 4.5 out of 5 stars. 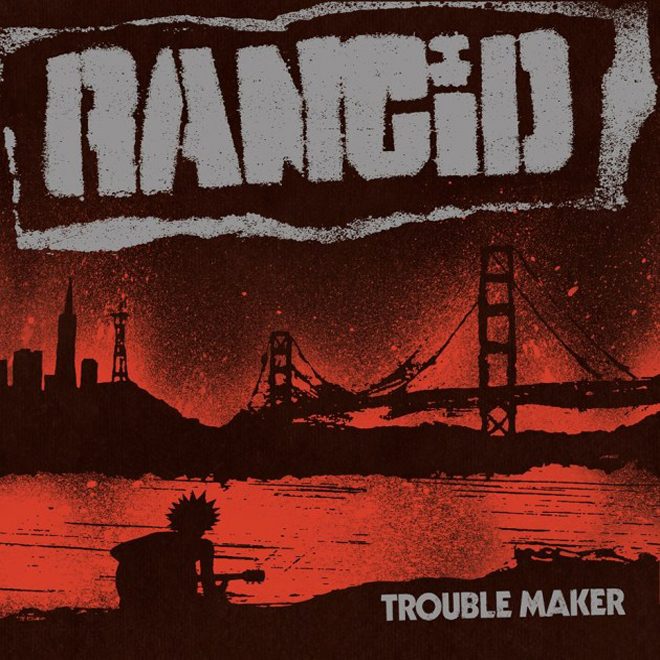 The Mighty Mighty BossToneS – When God Was Great (Album Review) Architects – For Those Who Wish To Exist (Album Review)
Like the in-depth, diverse coverage of Cryptic Rock? Help us in support to keep the magazine going strong for years to come with a small donation.