Newcomer Writer and Director Branden Kramer looks to blow viewers minds with his Found Footage style Thriller/Horror flick Ratter. In the cyber world, anything goes, and Kramer was able to contribute with more than enough on how dangerous the online world can be. With a limited, yet remarkable list of actors including Ashley Benson (Pretty Little Liars 2010, Spring Breakers 2012) as Emma, Matt McGorry (Orange is the New Black 2013, How to Get Away With Murder 2014) as Michael, and Rebecca Naomi Jones (The Switch 2010, Lovesick Nancy 2014) as Nicole, Ratter shows the ability to pull off realism in its totality. 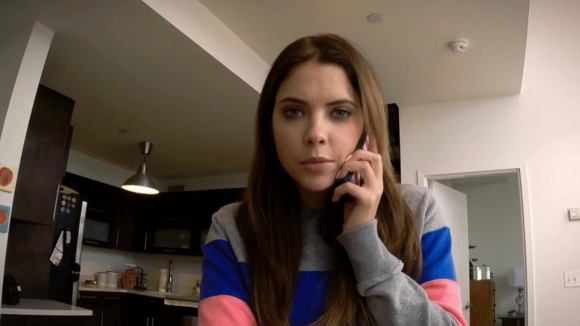 Based on a viral video clip called “Webcam,” produced by a student from Germany, Ratter initially debuted at the Slamdance Film Festival in January of 2015. Sony Pictures acquired the rights for global distribution, and as of February 11, 2016 received a limited release across the USA. It is important to mention Ratter has since developed into another thrilling hidden gem. Now, an even larger audience gets to see what all the hype is about as it hit VOD as of March 1st.

Trying to get over her ex-boyfriend, Alex, and wanting to start a new life, Emma moves to New York to further her college career and leave her old town behind. Not long after that, Emma starts getting weird messages after – unbeknownst to her – she has all of her electronic devices hacked by an unknown person. Not paying too much attention to it, Emma meets a classmate named Michael and the two begin a relationship that seems too suspicious at first. When Emma has photos and videos stolen from her computer, she begins to think Michael is not the person he says he is. Then, Emma and her best friend, Nicole, go out to a club to de-stress a little, unaware that the hacker is following her every move thanks to the camera every electronic devices has. Emma comes home drunk and immediately falls to sleep, giving the hacker the upper hand; he sneaks in the apartment while Emma is sound asleep. 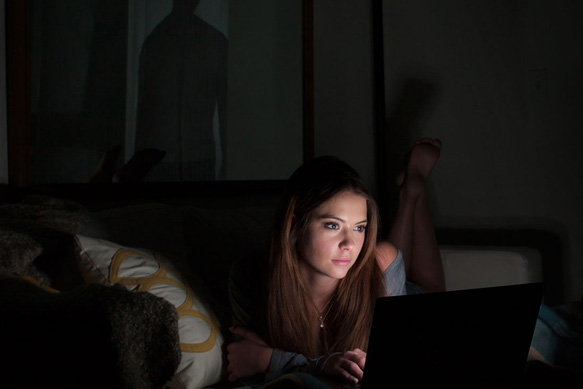 Eventually, Michael tries to make things right with Emma by giving her a kitten so she does not feel lonely and they both make up. Emma realizes that her apartment has been broken into and still does nothing about it. Michael informs her than he has received a threatening email from the hacker and this urges Emma to call the police; which are not able to do anything about it. Things escalate quicker when the kitten is found dead and Emma tries calling Michael, but there is no answer. Emma is ready to move away and waits for Nicole to arrive later that night so she can keep her company. While Emma is video chatting with her mom, the lights turn off, leaving Emma in the dark living room. Someone is lurking, someone is inside. Will Emma be able to escape the hacker/stalker’s hands, or will she just become another cold case in the police reports? The after-credits scene helps shed some light into viewers already muddled train of thought.

Ratter is a slang term derived from the initials RAT which stand for Remote Access Trojan. If someone opens an unknown email attachment, there may be someone on the other side of the line; in this case, a stalker. There were more pros than cons with Ratter. Nitpicking, one of the negative things would be time consuming. Other than being a Thriller, the movie essentially showed what a typical girl does in her everyday life. She dances, parties, plays video games, and has sex. Those are all things that aided in filling up 80 minutes of runtime in the Thriller. There are Big Brother moments in a way that all we see her doing is things we do ourselves. Every scene, however, gets closer and closer with the stalker. It gets creepier with every minute that passes and the hype is built up so much that we would expect nothing short of amazing in the end, which they delivered. 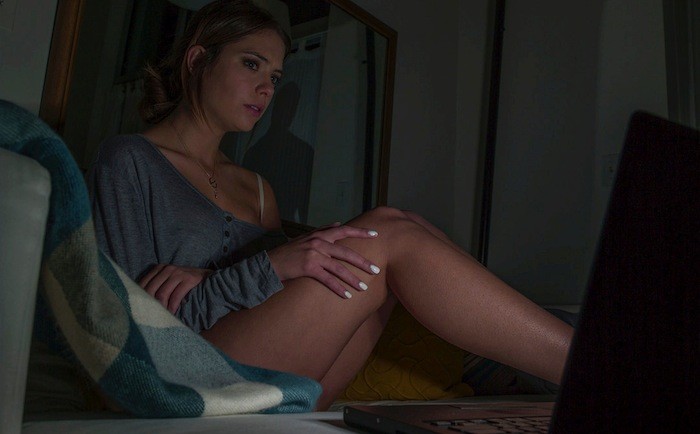 There are several films that leave the audience to draw their own conclusions, but Ratter actually helped with the drawing of the after credits scene. Several films are responsible for leaving the viewer with nightmares after they watch the film, and Ratter is one of them. Although the actors have not been making over the top and expensive feature films, they were able to make us believe in their characters, which is what is important in the end. The question remains, who is the stalker, what ever happened to them, and how many people are being ratted at this very moment because they were not careful enough? CrypticRock.com gives Ratter 4.5 out of 5 stars. 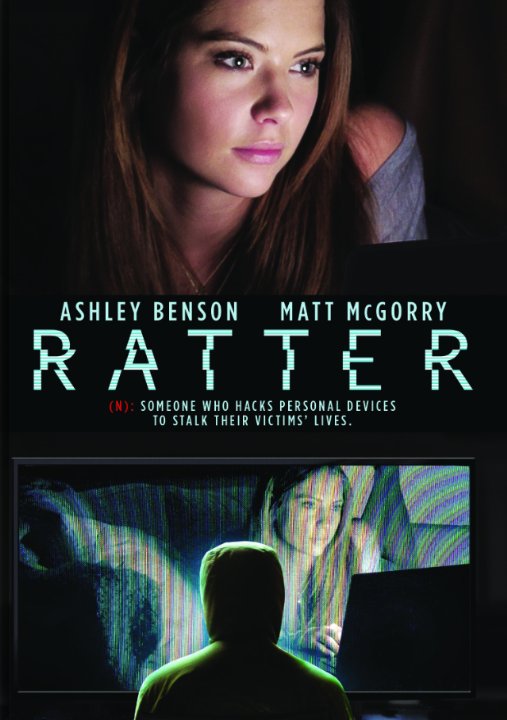 Purchase Ratter on DVD on Amazon