Action/Horror film Raze debuted at the Tribeca Film Festival on April 21, 2013, and made its DVD premiere on May 20th, 2014 in the USA via IFC Midnight.   Directed by Josh C. Waller (Escape 2006, McCanick 2013) and written by both Robert Beaucage (Spike 2008, A Grail of Two Idiots 2012) and Kenny Gage (Slangman’s World series 2008, Palor 2015), Raze‘s story takes on the tagline “Fight or Die.” Beginning dramatically with Jamie (Rachel Nichols: Criminal Minds 2011 TV Series, Alex Cross 2012) waking up in a strange dark place surrounded by locked doors and a red glow of light. As she explores, she meets Sabrina (Zoe Bell: Django Unchained 2012, Hansel and Gretel: Witch Hunters 2013), who leads her to a room that resembles an abandoned well. Taking off rather quickly, Jamie quickly learns her fate, and the audience is in for a wild ride. 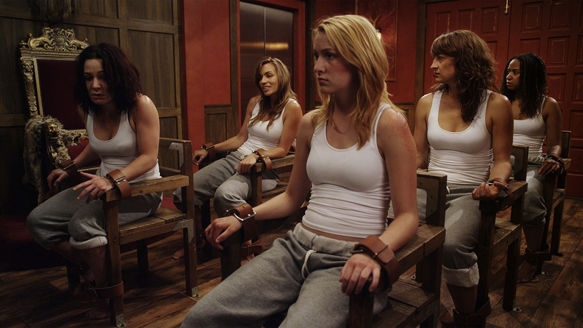 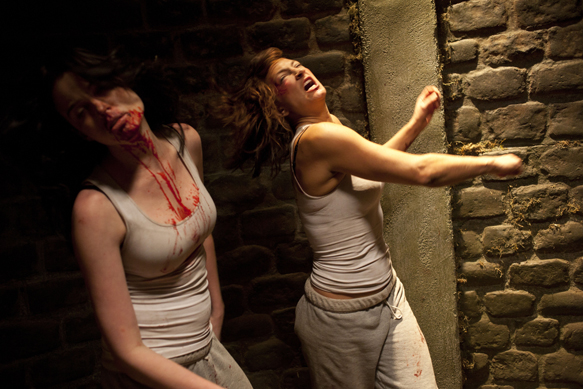 These women have no choice but to fight for survival, not just for themselves but for the members of their families the society has under watch. The punishment of refusing to fight is witnessing their loved ones death. Thrown into this annual tournament, that has passed through multiple generations, the members of the group morbidly sit a banquet tables with cocktails, watching the women brawl, while the children play on the other side of the room. Kept in an underground prison, the complex has monitors in the cells and hallways so the women can be tormented by images of their families and watch others fight. When the cell door opens the two chosen participants must make their way down the red glowing hall to an elevator.  Once they arrive at the well, they have no choice but to brutally beat their opponents until there is only one survivor. Horrific and real, who will survive this diabolical group and their game? 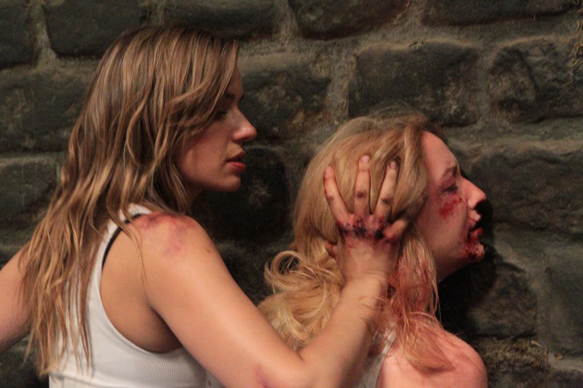 Raze has a riveting plot that will keep viewers on the edge of their seats. Using realistic effects, the crew spent thirty days to film the nineteen intense fight sequences seen throughout Raze.Waller does a great job on the exploitation side of the story, without needing the common nudity or rape scenes usually depicted in a film of this nature.  Raze gives many insights into what the human mind and body are capable of, if given no other choice. From beginning to end, this film is non-stop and action packed.  CrypticRock gives Raze 4 out of 5 stars. 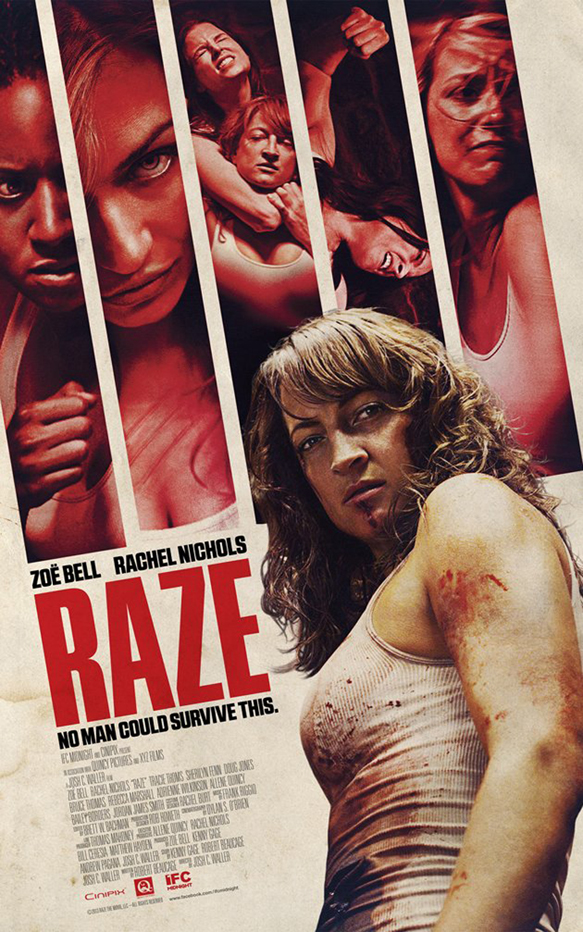 Purchase Raze on DVD on Amazon