This October saw the thirtieth anniversary of Director Stuart Gordon’s (From Beyond 1986, Dagon 2001) 1985 Cult Horror/Comedy classic, Re-Animator. The film was inspired by an H.P. Lovecraft novella entitled Herbert West- Re-Animator, which was published between October 1921 and June 1922. The film stars Cult Horror icon Jeffrey Combs (From Beyond 1986, The Frighteners 1996) as the archetypal mad scientist, Dr. Herbert West, who utilizes a glowing green serum to re-animate corpses. It also features Bruce Abbott (Bad Dreams 1988, Bride of Re-Animator 1990), Barbara Crampton (From Beyond 1986, You’re Next 2011), and David Gale (The Naked Gun: From the Files of Police Squad! 1988, Bride of Re-Animator 1990) as Dr. Carl Hill; Dr. West’s rival who ultimately becomes his undead enemy. 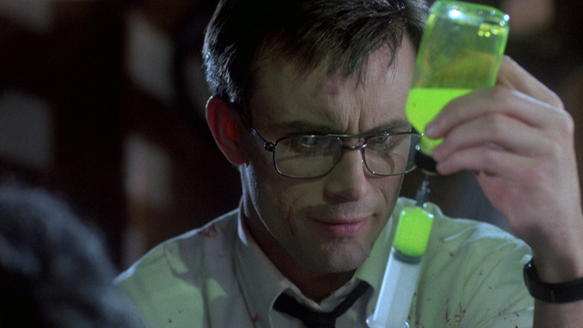 The film opens at the University of Zurich in Switzerland, where Dr. Herbert West is attempting to bring his dead professor, Dr. Hans Gruber (no relation to the Die Hard villain) back to life. He is accused of killing Gruber and is forced to leave Switzerland. To continue a degree in Medical Studies, West relocates to Miskatonic University in Massachusetts. He rents a room from his fellow student, Dan Cain (Abbott), who is having a secret relationship with the University Dean Alan Halsey’s daughter, Megan (Crampton). West makes the basement into his personal laboratory. One evening, Megan discovers her cat, Rufus, dead in West’s refrigerator, along with a strange glowing serum. West explains that the cat was dead when he found it. West then conducts and experiment in which he attempts to bring Rufus back to life. He is successful, but the cat acts like a rabid animal. West explains his experiment to Dan after he walks in, followed by Megan, who is horrified by the site. Dan then explains West’s re-animating agent to Dean Halsey, who laughs off Dan’s claims as lunacy. Both Dan and West are barred from medical school. To prove that they are right, Dan and West sneak into the morgue to find a recently deceased corpse to test the serum on. They inject the serum into a victim of heart failure, who comes back in a braindead, Zombie-like state. Dean Halsey walks in on West and Dan, and is killed when the zombie crushes him under a door. West kills the Zombie and convinces Dan to try and bring Dean Halsey back to life. The two of them accomplish their task, but Halsey is insane. Megan walks in and sees her father, who cowers in the corner.

Dr. Carl Hill, a neurosurgeon who is Dean Halsey’s colleague, has him straitjacketed and put in a padded cell near his office. He has Halsey lobotomized and discovers that he is undead and re-animated. Dr. Hill then sneaks into West’s apartment to try and blackmail him into giving up his serum, so that he can take credit and become famous for it. West decapitates Hill with a shovel. West tries a new experiment. He injects Dr. Hill’s severed head and the rest of his body. Both awake, and Dr. Hill’s body knocks West out and steals his serum and notes. Dr. Hill gets Dean Halsey to kidnap Megan. He then straps her down to a medical table, and his head sexually assaults her. West and Dan arrive on the scene, and Dr. Hill reveals his army of corpses that he has under his control. Dan frees Megan while West distracts Dr. Hill. Megan is able to talk sense into her father, who fights off the corpses while Dan and Megan attempt an escape. He crushes Dr. Hill’s head and throws it against a wall. The rest of the corpses then rip Halsey to pieces. Still in the spirit of a mad scientist, West injects one of the corpses with multiple syringes at once, calling it an “overdose.” The corpse’s entrails jet out of it and consume him. He tosses Dan his notes and serum. Megan is then strangled by a corpse. Dan cuts its arm off with a fire axe, and carries her to the emergency room. After failing to bring her back, Dan uses West’s serum. Megan screams in terror as she is re-animated. 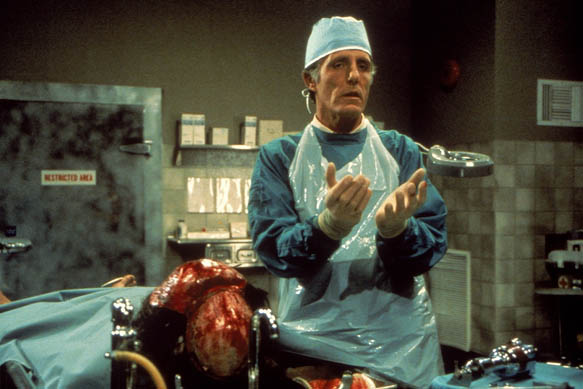 Re-Animator was filmed on a budget of approximately $900,000. It was released in the United States on October 18, 1985. It grossed $543,728 on its opening weekend, and went on to make $2,023, 414 in North America, well above its budget. It currently holds a 7.3 IMDb rating, and a 94% Rotten Tomatoes rating among 50 critics. Upon its home video release, there were two versions available- the original unrated version, and an R-rated version where a considerable amount of the gore was edited out. The unrated theatrical cut is the only version which is readily available to fans. The film spawned two sequels, Bride of Re-Animator (1990), and Beyond Re-Animator (2003). There has even been a Broadway musical, which Director Stuart Gordon was involved with, and several Comic Book spin-offs, including two crossover series where Dr. Herbert West confronts Ashley J. Williams, the protagonist from the Evil Dead series. The legacy of Re-Animator is still felt by Horror buffs and casual moviegoers alike thirty years after its release. The extreme gore combined with the subtle humor make it an experience like no other.

Re-Animator has most certainly achieved cult status among Horror fans, and in the span of thirty years, has virtually come to be known as the “head in the tray” movie. Dr. Carl Hill (who bears an eerie resemblance to the 2004 Presidential candidate, Senator John Kerry) is one of the more underrated villains in Horror cinema. The rivalry between two mad scientists seeking the key to immortality is what lies at the heart of the film’s conflict. 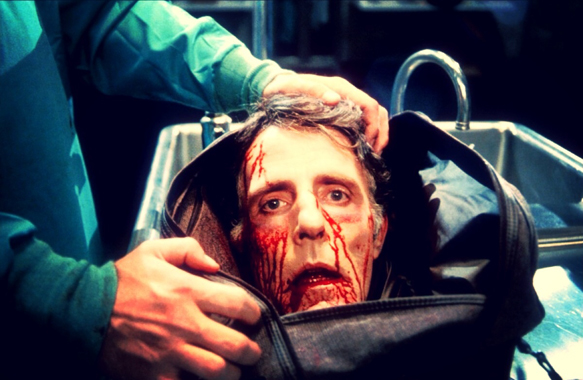 Why are we still watching- and still enjoying- Re-Animator even after thirty years? There are a number of reasons. It has stood the test of time as one of the ultimate “splatter flicks,” as well as one of the definitive Horror-Comedies of the 1980s, right up there with Evil Dead II and John Landis’s 1981 classic, An American Werewolf in London. It is the film which made Jeffrey Combs a Horror Film icon, and Dr. Herbert West a contemporary icon in Horror cinema, and essentially, a more modern and more twisted Dr. Victor Frankenstein. The gallons of gore, along with the sharp humor, make it a unique and undeniably fun film. It is the kind of movie one tells their friends about, and then watches as a group. Re-Animator still stands out as an exceptional Horror classic which is likely to be scaring us, and making us laugh, for another thirty years. 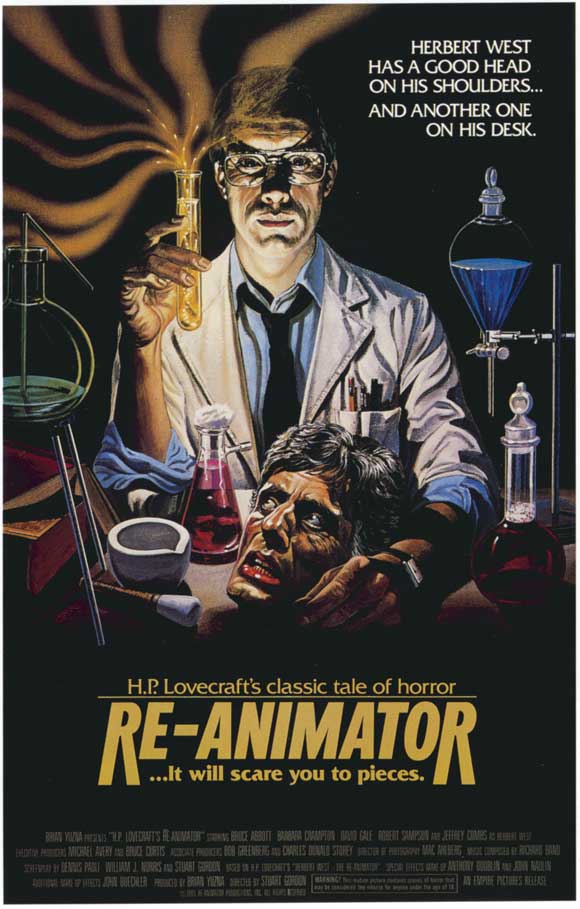 Purchase Re-Animator on Blu-ray/DVD on Amazon