Real Friends – The Home Inside My Head (Album Review) 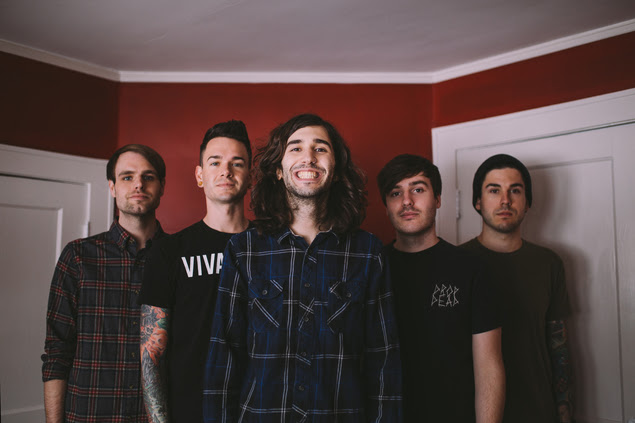 Finding new music seems like a daunting task when there are a plethora of options at your fingertips, but it is bands like Real Friends that just seem to jump out and demand the attention; being completely well-deserved, while making the search that much easier and much more worth-while. Taking shape back in 2010, Tinley Park, Illinois was holding some of the most popular Pop Punk Rockers in the scene, before they even knew it for themselves. Generally making changes when a goal is not turning out as planned, Bassist Kyle Fasel went in a different direction for himself, which would eventually lead to what is known as Real Friends.

Rounding up initial members Dan Lambton (vocals), Dave Knox (guitar), Eric Haines (guitar), and Aaron Schuck (drums), the ensemble formed, followed by immediately jumping to writing and recording their first EP as a band. Instantly followed by being out on the road, Real Friends found that their music did not meet their standards and decided to start from scratch; creating songs that felt true to themselves. Making a slight change to the lineup, Real Friends welcomed Brian Blake (current drums) to the crew, and got back in the studio to intently focus on their musical goals.

Now with a solid sound and a growing list of live experience under their belt, Real Friends were rapidly growing, picking up fans along for the ride wherever they went. Taking their accomplishments a step further, the band hesitantly signed with a record label, which is said to be one of their best decisions made to date. Signing with Fearless Records brought the band their first full length studio album, entitled Maybe This Place Is the Same and We’re Just Changing, on July 22 of 2014, and a load of publicity, giving Real Friends the recognition they deserved. With plenty of songs recorded and shows played, it is finally time for another full length record. Out to the public May 27th via Fearless Records, The Home Inside My Head is the magnum opus of Real Friends’ thriving career.

The album kicks off with “Stay In One Place,” a track that showcases a bit of who Real Friends are. Giving insight to the rest of the album, this song is the perfect way to lead listeners into what is going to be some of their most successful and influential music thus far. Continuing on with “Empty Picture Frames,” this track is intoxicatingly hopeful; fueled by the idea of loneliness, this piece can be looked as protecting yourself through isolation.

Utterly sticking to their Punk roots, “Keep Lying To Yourself” gives Real Friends their garage-band sound, while highlighting their well developed talents of the basics – electric guitars, bass, drums, and vocals. A track that can easily be translated into a broken relationship, Real Friends often put their vulnerability on display. Sticking with that same theme, “Scared To Be Alone” is a sublime and emotionally rich piece, with melancholic lyrics about never settling; verging on the edge of inspirational.

Taking a slight shift in their overall tone, “Mokena” eases in with softer vocals and instrumentation with lyrics that give off the sense of nostalgia. Picking up the tempo during the duration of the chorus and then slowly fading back into the verses, this song is one of the highlights off of The Home Inside My Head; the best possible way to describe this track is with lyrics, “I’m fucking up and getting over it.” Jumping back to their usual upbeat tempo, the album progresses with “Mess,” a track that, from start to finish, completely screams Real Friends. Entirely catchy and perfectly memorable, this piece closes out with lyrics, “I’m starting to be where I need to be.”

Warranting its place on the record, “Isolating Everything” is a fast-paced musical experience, showing listeners the ins and outs of their abilities. Delving deeper into their intellect, Real Friends displays more of their sentiment with “Well, I’m Sorry;” a brilliant track that can render the feelings of acceptance.

Carrying on with “Basement Stairs,” this is a piece that will be phenomenal live; upbeat and entertaining. Real Friends have a knack for creating relatable and visionary music. Throbbing with Punk Pop influences, this track is invigorating all throughout; being well deserved of repeated listens. As satisfying as it is limitless, “Door Without A Key” is a track off of The Home Inside My Head that will completely hook listeners.

Beautifully comprised, “Eastwick” is a breathtakingly woeful ballad, giving chills to all those who fully emerge themselves into the music. If not for the alluring instrumentation, the lyrics will completely swallow and force listeners to feel the raw emotion. Closing out the album with the first track heard by listeners, “Colder Quicker” was the perfect choice to play at live shows before any others. Later followed by the release of a music video, this track will make any listener into a fan; fully enticing, this piece is upbeat and electric. With a distinct sound, this track will be a favorite off of The Home Inside My Head; almost forcing the album to be instinctively replayed.

Completely taking their sound to a whole new level, Real Friends never fail to display their overwhelming sense of talent and raw energy for the world to hear. For any fan alike, this band constantly captivates the minds of their listeners and truly makes them a part of the music, giving spirituality and depth to those who dare to open their minds to those of Real Friends. Taking on new endeavors through each piece of music, CrypticRock gives Real Friends’ The Home Inside My Head 5 out of 5 stars. 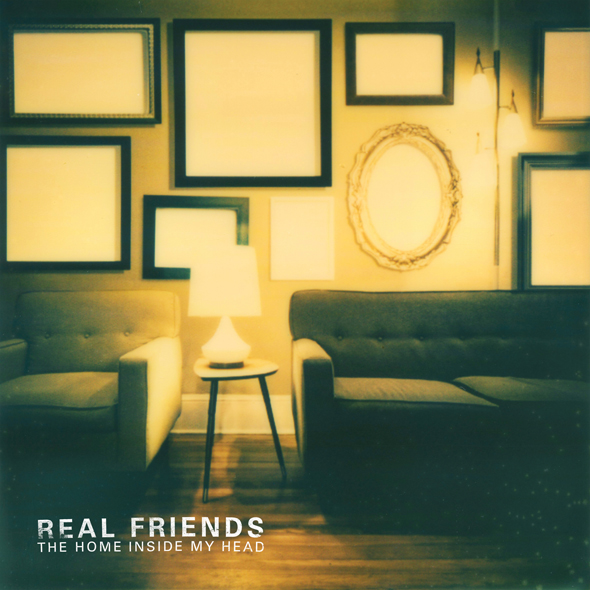