Set for release in theaters on September 29, 2017 and on VOD and Digital HD October 3rd, Realive asks viewers to imagine a world in which death was not permanent at all. Directed by Mateo Gil (Nobody Knows Anybody 1999, Blackthorn 2011), starring Tom Hughes (I Am Soldier 2014, Victoria series), Charlotte Le Bon (The Take 2016, Arctic Heart 2016), Oona Chaplin (Taboo series, Game of Thrones series), and Barry Ward (The Fall series, The Journey 2016), this turns out to be a prospect less inspiring that one might first imagine… 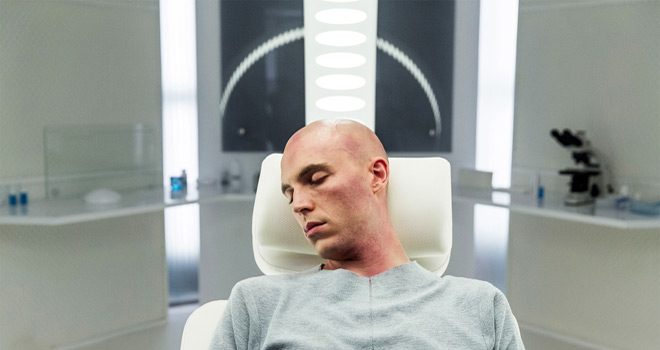 The biggest surprise present in Realive may just be its distributor – this is not the brand of SyFy original movie that audiences may be familiar with. Rather than a corny, mega-monster Action flick, this is a somber and deliberative Sci-Fi character study, and it is instantly in the upper echelons of anything the channel has ever offered. Make no mistakes; this is designed and works as weighty cinema, and may be an interesting harbinger of SyFy’s broader attempt to move away from its somewhat tarnished reputation.

If that is the case, Realive will do wonders in fixing up said reputation – it is thoughtful and inviting, balancing mystery, horror and romance to form a memorable cinematic cocktail. That is not to say that it will stand out entirely on its own; the film is constructed similarly to other Sci-Fi character dramas and certainly bears their fingerprints, but ultimately the product is so well realized that such a complaint hardly registers at all.

Additionally, the film more than makes up for this in how successfully and imaginatively it builds out its world. The futuristic technology and environments are rendered with precision, managing to avoid an obvious attempt to rub the novelty of the technology in the audience’s face, as some similar films have before been guilty of. Visually, the film is generally a treat – the cinematography is clear and crisp, and shots in different times manage to look distinct in a way that does not call attention to the technique of display. Additionally, it should be noted just how playful some of the visuals are – it goes hand in hand with the film’s broader creativity, and manages to make the film more than just technically accomplished. They make it visually interesting too. 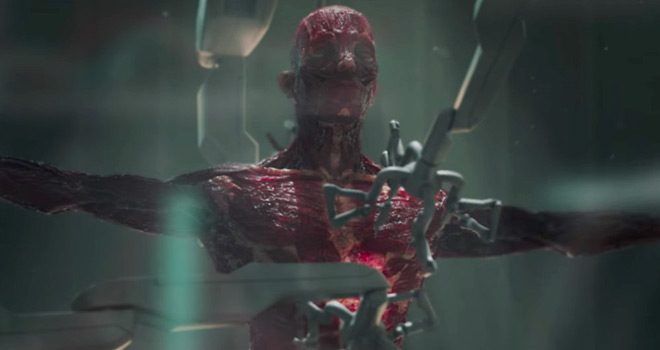 Specifically, the color pallette the film employs was obviously considered long and hard, with a few individual moments in particular standing out above the others. The director’s use of color to emphasize and accentuate is not revolutionary, but its elegance and effectiveness is certainly notable.

This could be said of much of Realive in fact – when taken either as a whole or on a scene-by-scene basis it does little to reinvent the wheel, but it pulls everything off with such thought that it does not matter. The only area of the production where this does become somewhat noticeable would be in its musical score, which is effective but overly familiar, relying too heavily on the same emotional triggers any audience has seen a thousand times before.

All the elements of production simply serve to emphasize the heart of the story however, and here that is certainly the characters. The film is edited to filter audience’s experience through that of the main character, and thus it is his actors’ performance that makes or breaks the film. Happily, Hughes does an excellent job, doing effective work at showing a man built up and broken down through different stages of a unique life. It would be easy to simply call attention to his physical changes throughout the film, but this would be reductive – the real gold lays in the shift in Hughes’ eyes and his posture as he is robbed of everything he thought of as his identity. 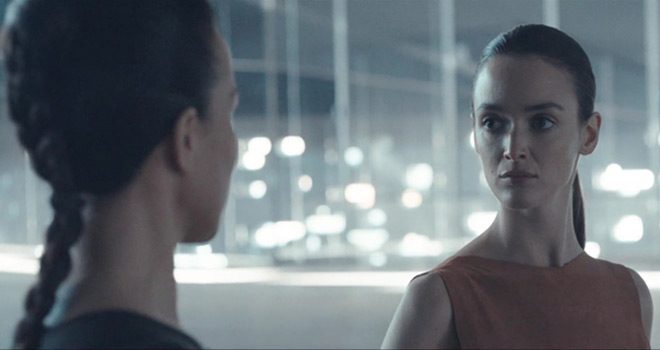 It is a performance that is powerful in the most fundamental of ways, and really that is the best way to sum up Realive. It is transparently manipulative, but well produced and genuinely thoughtful in a way that means it rises up above that. For an audience that has been missing smart, serious Science Fiction that puts the characters front and center, Realive is the perfect film. For that, CrypticRock gives it 4 out of 5 stars. 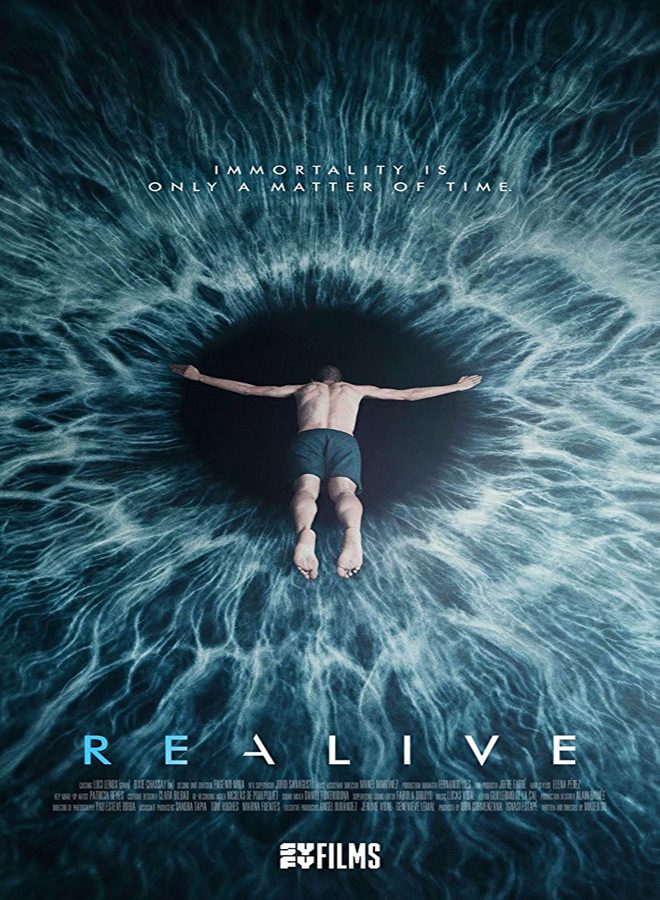