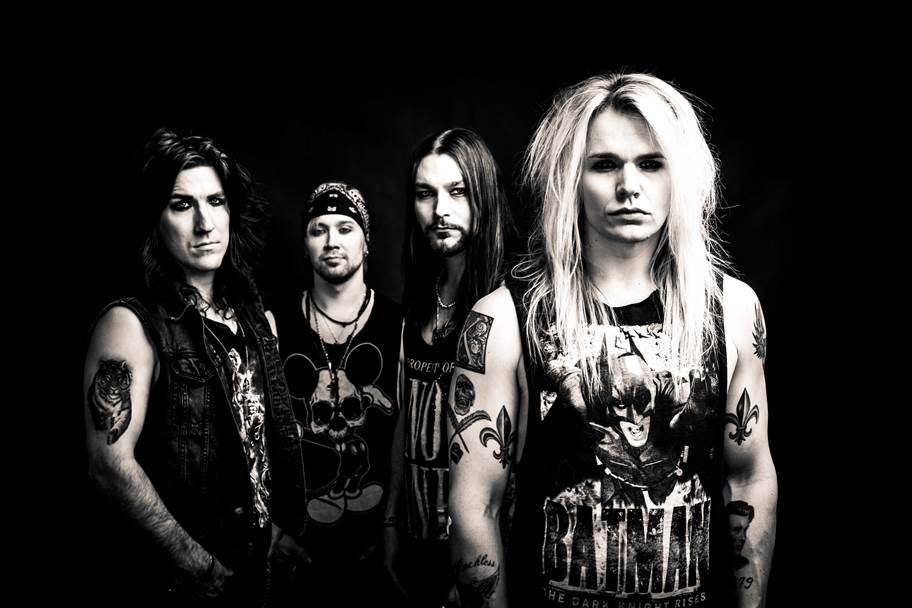 Music is a creative outlet that grabs hold of listening ears and unites diversity from all corners of the globe. For Finland’s Reckless Love, this is certainly a contributing factor to brag about. Forming in 2001, members Olli Herman (vocals), Pepe Reckless (guitar), Jalle Verne (bass), and Hessu Maxx (drums) had nine years to innovate this four piece Glam Metal ensemble; alongside recording their first full length studio, self-titled album in 2010. Since then, recognition began pouring in, and soon enough an unstoppable spotlight shined on the group.

With non-stop touring, a stream of fans began to line up and the demand for more catchy Rock-n-Roll tunes skyrocketed. With influences along the likes of Mötley Crüe and Alice Cooper, and even ’90s Pop artists, the doors did not close there for musical inspiration. Being open to all types of genres helped create Reckless Love into a whirlwind of aspiration and determination. Gaining even more remembrance, the release of their sophomore and junior albums, Animal Attraction and Spirit, helped the band gain even more gigs, playing UK festivals such as Download, and a plethora of shows at venues in surrounding cities.

After an extensive amount of touring, the group decided it was time to get back in the studio and focus on the one attribute that had brought them together so many years ago- music. Now they are back with their fourth studio album, InVader, released March 4th via Spinefarm Records. Being released in a handful of countries, including Finland, Great Britain, Sweden, Germany, and The United States, there is no doubt in saying Reckless Love’s music will travel and please the ears of listeners worldwide, giving a good reputation to their hometown.

Kicking off the album, “We Are The Weekend” perfectly introduces Reckless Love. The song is fun and playful, putting a twist on songs previously heard in the past. Veering off in a different direction, the song is transformed by background instrumentals beside danceable lyrics, creating a modern Rock atmosphere. With more of a heavier Funk intro, “Hands” plays next, with the same upbeat tempo as the track before. This track generates clearly written lyrics, and a heavy bassline. Not only is this track another hit, but it is also endlessly playable.

Being the main single off the album, “Monster” comes on and is instantly worthwhile. Completely original, the song demonstrates the full range of the ensemble as a whole. From start to finish, the track is cleverly composed and to be indulged in. It is not until “Child Of The Sun,” where a complete shift in tone occurs. This track is definitely easy-listening and mellow with light instrumentals and breezy lyrics. Shifting back to the Metal side of Reckless Love, “Bullettime” comes on and it is heavy with distorted guitar solos and raspy vocals. This track is richly textured with different aspects of music influences.

“Scandinavian Girls” is another new, inviting track, which showcases a different side of the group. This songs is of course about girls and more girls. It has a Pop feel to it, but still gives off their Glam Metal vibe. Sticking with their Pop side, “Pretty Boy Swagger” has a twist of New Age Rock to it, but is lush with the Classic sound of Rock-n-Roll. With an arpeggio guitar solo, this track certainly lives up to its hype. “Rock It” is next, with Backstreet Boys inspired intro, the track is a step forward in the group’s sound. With heavy background instrumentals and light lyrics alongside vocals, this song is rich in complexity.

Up next on InVader, “Destiny” sounds like a Classic Rock Love song. With a steady drum and guitar beat, next to lyrics “last night you invaded my soul,” the track has an overall memorable composition and it is one of the more tone down songs of the record. Stepping it back up, “Let’s Get Cracking,” has an upbeat tempo and sounds like a song pulled right out of the ’80s. Half way through the song, the instrumentals and lyrics shift to an acoustic sing-along with the whole group, giving it a fun spin and unexpected twist. Closing out the album, “Keep It Up All Night” is as satisfying as as the title alludes to. Featuring an Electronic surprise, it gives the song a club vibe, a perfect way to end the album, leaving the listeners wishing there was more.

Stepping out of their comfort zones, Reckless Love has entwined different aspects of music to create a simplistic, yet diverse record. With their Hard Rock and Glam Metal roots, the group has grown into an introspective image of themselves to share with the world. It is clear to see the ambition and passion that went into each track, resulting in the most groundbreaking music of their career thus far. CrypticRock gives Reckless Love’s InVader 5 out of 5 stars. 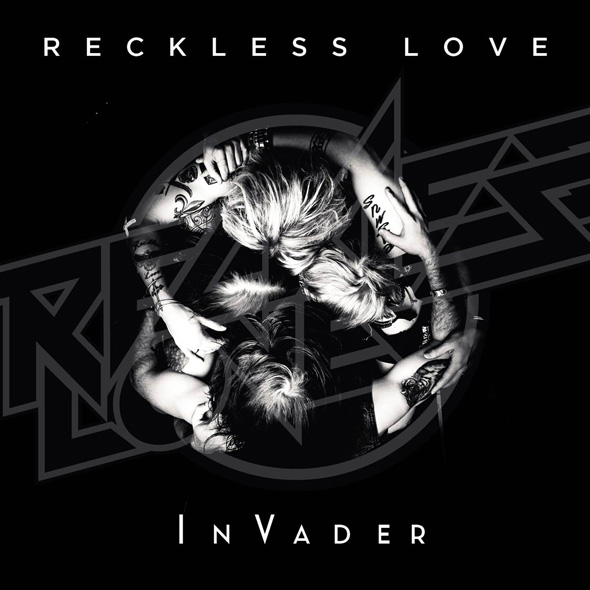