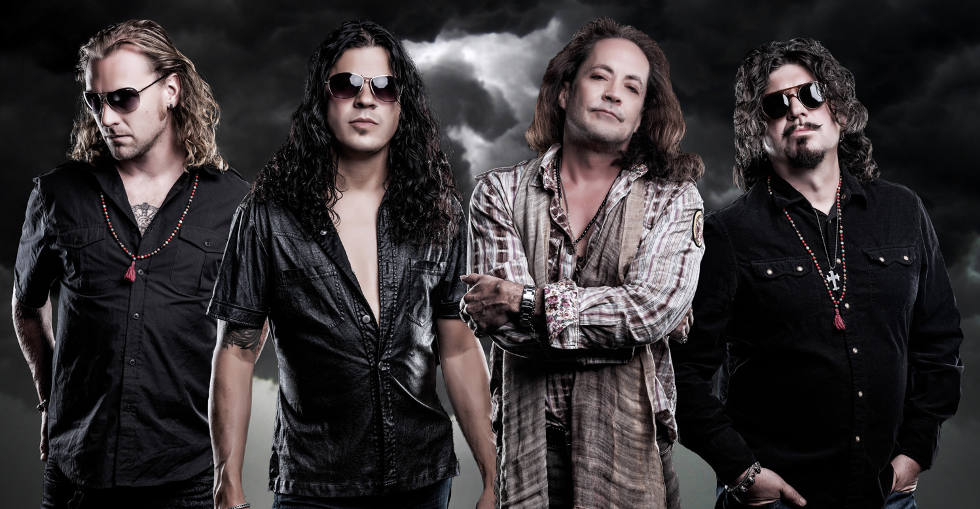 Las Vegas rockers known as the Red Dragon Cartel is the brain child of the metal guitar icon Jake E. Lee and friend Ronnie Mancuso. Together they formed a group that would no doubt be a hard hitting power house to all rock fans alike. Best known for his time with Ozzy Osbourne in the mid 1980’s, Lee has compiled an amazing body of work as a guitarist. This amazing new project was born when Mancuso and Kevin Churko (producer and engineer) convinced Lee to sit down with them and go over twenty years worth of guitar riffs that Jake E. Lee had written. For these pieces of guitar genius to come to life there was no doubt a full band needed to be formed. To find the bands lead singer and drummer a Facebook page was created and through that their vocalist Darren James Smith and drummer and backing vocalist Jonas Fairly were brought in. Together they formed a new exciting rock band bringing Lee back to the spotlight for the first time since his work on Enuff Z’uff’s 2009 album Dissonance.

The album also features a long list of guest appearances and some contributions from Rex Brown (Pantera, Kill Devil Hill), Scott Reeder (Kyuss, Attika 7), Todd Kerns (Slash), and drummers Jeremy Spencer (Five Finger Death Punch) and Brent Fitz (Slash).  Magic has gathered for Lee and his new band as the band recently released their self-titled debut album Red Dragon Cartel. This is twenty years worth of musical ideas that have finally been brought to life and certainly shown into sunlight on this album.

The first track on the album is entitled “Deceived” and is an amazing opening that will no doubt blow you out of the water just as soon as it starts to play. It is an epic anthem that easily sends a direct message to the listener that Jake E. Lee is back. The guitar riffs sound almost as if Lee crafted them back in 1985 during the writing of Ozzy Osbourne Ultimate Sin album, and tucked them away for safe keeping all these years. The next track to follow is entitled “Shout It Out” . This song incorporates a more modern flair to it, while maintaining the style and sound that fans all know and love that Lee deliveries. It is power hitting track that listeners will certainly love with its undaunted energy and style. It is certainly going to be a fan favorite when the band starts performing it live. The third track on this record is entitled “Feeder” and it features Cheap Trick’s very own Robin Zander on vocals; and like usual Zander nails this track without a hitch. Lee’s guitar work on this track match perfectly with the vocal styles that Zander delivers, providing for an eerie sounding vibe, which works exceedingly well. I feel that the band may have taken a risk doing this track but they no doubt knocked it out of the ball park!

Slowing things down a few notches from the monstrous but glorious musical ride in “Fall From The Sky”. This is one of the slower tracks on the record but it has an alternative rock feel to it that you cannot help but love. Its catchy tone will grow on you and take you back in time to the great metal of the 80’s. The next song “Wasted” follows up by kicking things back into over drive. The track features original Iron Maiden vocalist Paul Di’Anno. While Di’Anno does a serviceable job, it would be interesting to hear Smith do a rendition of the song as a bonus track.

Get ready for some speed metal that will get your blood pumping to another level on “Slave” with some astounding guitar riffs. The next song entitled “Big Mouth” features In This Moment vocalist Maria Brink. The track brings together Brink’s vocal skills and Lee’s guitar style fitting perfectly like a glove.

Black Sabbath fans will rejoice! “War Machine” where Lee pays homage to the heavy riffing that made Black Sabbath legendary. It has a crushing doom-metal sound that certainly stands out on an already dynamic album. Continuing with the long list of interesting and exciting guest appearances Lee locks in Canadian vocalist Sass Jordan on “Redeem Me”. This song certainly calls for Jordan’s powerful bluesy voice which she nails. Closing out the record is the song “Exquisite Tenderness” which is noteworthy because it is the first song Lee ever wrote. Purely a piano instrumental based track, it shows exactly how diverse Lee is when it comes to musical ability that exceeds far beyond his guitar.

The ten tracks on Red Dragon Cartel will fly by in the blink of an eye to the listener because of the musical genius and ingenuity that the band delivers. This could be one of the best rock records of 2014 thus far and is solid from beginning to end. Most importantly it brings Jake E. Lee back to the stage for the new generation of music lovers. CrypticRock gives this album 5 out of 5 stars! 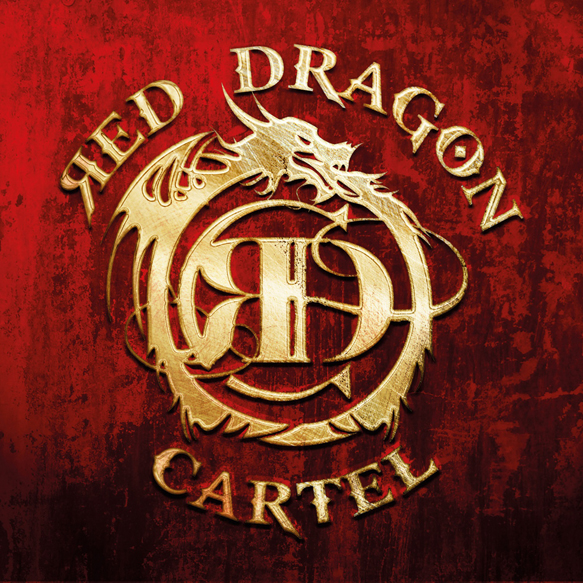