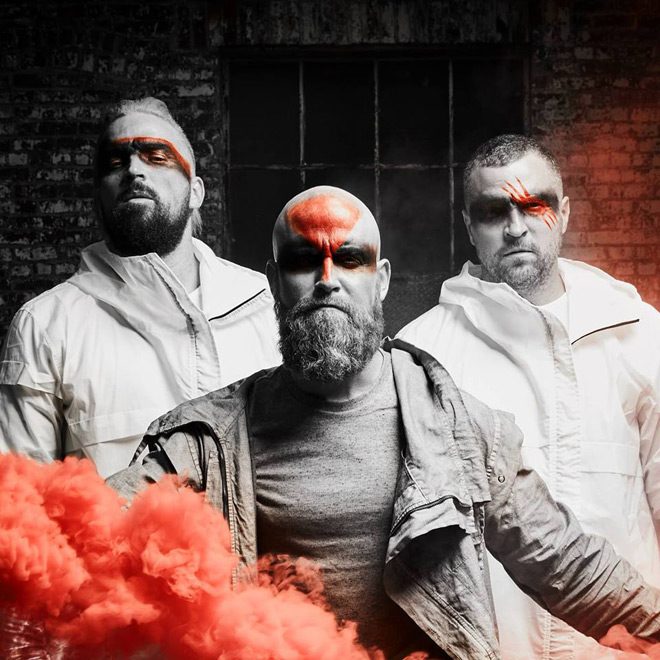 A trio of Pennsylvanians who now call Nashville home, Red got their start back in 2002. Childhood pals who moved to the big city to pursue their musical dreams, Red is comprised of the Armstrong Brothers – that would be identical twins Guitarist Anthony and Bassist Randy – as well as Vocalist/Keyboardist Michael Barnes.

Always keen, asking an intriguing mass of heavy life questions, Red returned on Friday, October 27, 2017 with their sixth studio offering, Gone, available on Provident Label Group LLC/Sony Music and produced by Rob Graves (Starset, All That Remains). A twelve-song collection, in its Deluxe Edition also includes 3 remixes as well as 2 re-imaginings, and varies between 1990s Alt-Rock grunginess and soaring, melodic Hard Rock circa 2017.

Gone kicks off with “Step Inside, the Violence,” a grungy Alt-Rock stomp that immediately grabs the listener’s attention with its electronic touches that run alongside some seriously gritty vocals. In fact, there is a beautiful Grunge crunch to the melodies of straight-up rocker “Still Alive,” where Barnes’ phenomenal vocals are front-and-center as the trio inquire, “What’s it all for?” This search for meaning in a world gone mad continues throughout much of the album, including the sludgy rocker “Losing Control.” A superb representation of Red and Gone, it has beautifully delicate grit that is infectious and yet still has that vicious stomp; it is also proof positive that in a world of tone-deaf fakes, Barnes can actually sing.

While the vocals do the literal talking on its predecessor, “Gone” – a track about leaving behind a legacy of love – allows the music to do the vast majority of the story-telling. The album’s namesake presents Hip Hop electronic beats alongside meandering melancholia, creating something that is a bit experimental in feel and yet somehow works perfectly; placing the emphasis on the threesome’s musical prowess. Whisper soft vocals formulate the power ballad-esque “Coming Apart,” moving the band into the anthemic rocker “Unstoppable.” Meanwhile, “Fracture” traffics heavily in sludgy 1990s Alt-Rock and leads into “Chasing Your Echo,” an massive atmospheric rocker with twinges of early Thirty Seconds To Mars.

Red return to sludgy Rock sonics on “A.I.,” but the over five-minutes in-length “Singularity” is heavy on the Muse vibes. Serving as a kind of continuation of its predecessor, “The Mask Slips Away” is a slowed-tempo wanderer that evokes a definite feel that, ahem, time is running out. In a clear echo of the album’s beginnings, Red come full-circle with “Still Alive (Looking For A Reason);” still searching for a reason, they end on a truly reflective note.

The Deluxe Edition of Gone soldiers on with an additional five-tracks. “Gone (JSapp Remix)” stays fairly close to the original offering, though the choruses here receive a funky Hip Hop injection of electronic beats that, while not changing the overall tone of the track, definitely makes it more dance-y. “Unstoppable (Redux Version)” is actually a stripped-down version of the song that features cello, and is a gorgeous complement to the original piece; in fact, this version places much more emphasis on these hopeful lyrics. “Step Inside, the Violence (Alex Nice Remix)” is a fairly standard, funky remix, though “Coming Apart (Deconstructed)” is actually better than its original, a more ethereal take on the track that strips down to vocals and keyboards. The final remix, “Gone (.grav3s Version)” is a simple retelling that embraces a more somber mood than its original.

Red explore all stories with a certain positivity and hopefulness, and they are not afraid to embrace their Christian roots; however, please know that these men do not proselytize or preach. When they rock, they rock and there is no need to slap a “Christian” label onto it! Red do it all with a sincerity and, as previously noted, Barnes always presents a stellar vocal performance. For these reasons, CrypticRock give Red’s Gone 4 of 5 stars. 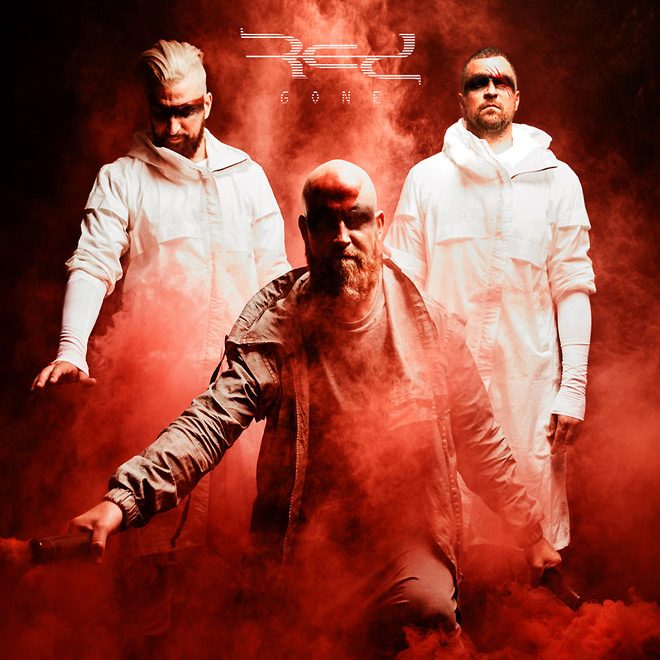