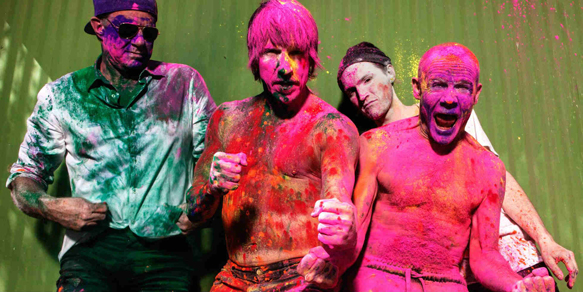 Coming back to the scene after a four-year hiatus, to the delight of fans, Alternative Rock legends Red Hot Chili Peppers return with a fresh new album titled The Getaway. Holding strong since 1983, forged in Los Angeles, California, the Red Hot Chilli Peppers have come a long way through a winding road of many members and musical styles within their journey.

The Funk Rock/Psychedelic Rock posse started with original members Hillel Slovak on guitar, Jack Iron on drums, Anthony Kiedis on vocals, and Bassist Flea up until the untimely death of Slovak in 1988 due to a heroin overdose. The band even had Jane’s Addiction guitarist Dave Navarro on board for a brief period of time and John Frusciante weaving in and out of the lineup for years due to drug addiction; who has seen recovery to take on solo work. Through all the ups and downs, the band is currently made up of mainstays Kiedis and Flea, along with long-time drummer Chad Smith as well as Guitarist Josh Klinghoffer.

With ten studio albums under their belt, six Grammy’s, an induction into the Rock and Roll Hall of Fame in 2012, and more awards than fingers on human hands, Red Hot Chili Peppers are back in style with The Getaway, which dropped as of June 17, 2016. Claimed to have been a collection of songs that the band was working towards since 2014, many obstacles were encountered along the way that it made it more difficult to finish the album. Compared to critically acclaimed Californicaton of 1999 and Stadium Arcadium of 2006, the new album also has a sense of self and its own flair, falling in line with Red Hot Chili Pepper’s ability to take their sound and craft it into something new for each release they put out.

It all begins with the single of the same title, “The Getaway,” which opens with whispery drums and is followed up with Kiedis’ cool vocal lines. Ever present is Flea’s smooth bass line. Even though many Red Hot Chilli Pepper songs are hectic and emotional, between the conversational vocals and relaxed instrumentation, the song is introspective and almost jazzy. Next up is single “Dark Necessities,” which opens with an abstract piano composition and is smoothly transitioned into the bands signature Funk-tastic bass and rhythm guitar. “You don’t know my mind, you don’t know my kind, dark necessities are part of my design” warns Kiedis in the chorus line, perhaps referring to his own demons and dark past and his attempts to break free (or to make “the getaway”).

Coming on with a Rap Rock vocal that made the band famous, “We Turn Red” is a song which is very reminiscent of their older work with less complicated instrumentals. Then, “The Longest Wave” is weaved into with gentle guitar chords and poetic storytelling about the fickle nature of new love, almost like a melancholy lullaby. Afterwards, “Goodbye Angels” is a blast from Californication as it pounds out of the speakers; hammering lyrics and bass line, as well as powerful wailing guitar to convey emotion.

Sliding in with a summer night in Southern Cali vibe, “Sick Love” features powerful lyrics of “Rivers get connected so much stronger than expected, well sick love comes to, wash us away, prisons of perspective how your vision gets corrected and sick love is my modern cliché.” In addition to strong ad-lib Jazz musicality, “Sick Love” references California the most, and what would any Red Hot Chili Peppers album be without mention of their home state? Next comes “Go Robot,” and it is very dissonant and disconnected. This is perhaps the intention as the lyrics Kiedis spits out seem to be hinting at heartbreak and how he refuses to feel it anymore. This is a direct contrast to the next song, “Feasting on the Flowers,” which is very expressive and actually very sad because it talks about the loss of friends at a young age through metaphors and showcases what may be the spiritual beliefs of the band.

With more vivid lyricism, “Find me in the suburbs, shadow of decay, rolling rings of rubber and the band begins to play” is the intro to “Detroit.” Alluding to the rich history of artistry that Detroit, Michigan usually has and is overlooked for due to its own economics, it is a great track with plenty to offer listeners. With a dirty Grunge sound, the audience is next introduced to “This Ticonderoga,” which alludes to war through a reflective narrative, succinctly matching the title. As time is running out until the finale, “Encore” is a slow-paced sweet reminiscence of younger days and nostalgia for simpler times, and the acceptance of aging without losing the true self. Following suit, “The Hunter” seems to be a dedication to the father/son relationship Kiedis holds with his own son, Everly. Then, making their final exit, “Dreams of a Samurai” is the last song on The Getaway and it seems to be the most musically complex, as well abstract. This is exemplified by words such “Taking acid in a graveyard, stealing food to, keep the night alive, every day I try to play hard, even with my lies.”

Overall, the theme of The Getaway is hard to pinpoint and narrow down, as the focus seems to be many topics such as aging, love, death, grief, sex, and the passage of time. Such difficult topics are commonplace in Red Hot Chili Peppers music, although never quite as introspectively covered in just one album. In addition to The Getaway album, the band makes their own getaway in their European tour, which will hopefully touch down in the United States sometime this year or next year as well. For such an intricate and interesting album, CrypticRock gives The Getaway a 5 out of 5 stars. 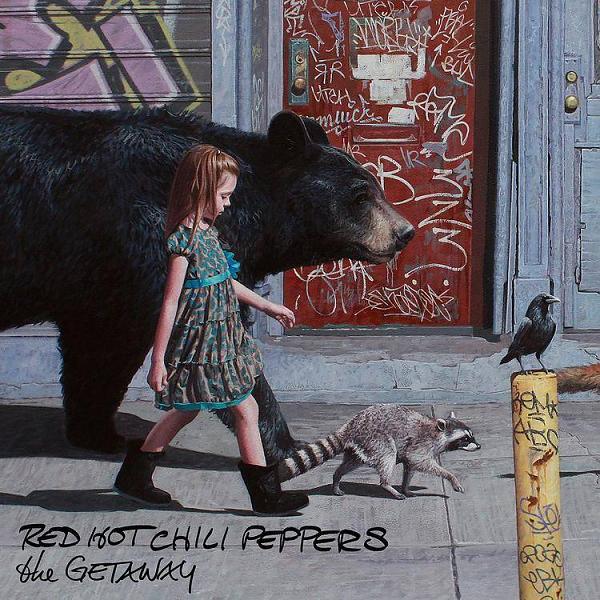 Heavy Water – Red Brick City (Album Review)
Like the in-depth, diverse coverage of Cryptic Rock? Help us in support to keep the magazine going strong for years to come with a small donation.