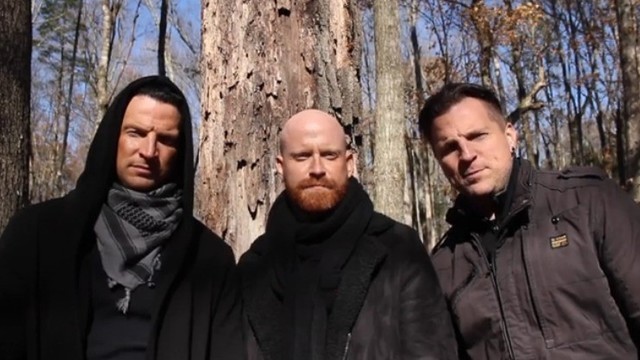 The Hard Rock scene has been over-saturated with sound-alike bands for some time now. Fortunately, every once in a while, a band comes along that shatters the mold and blazes their own path. Begun in 2002 in Country stronghold Nashville, Tennessee, rockers Red are one of the those bands who have chosen to do things their own way. Made up of friends Michael Barnes (vocals) and twin brothers Anthony (guitars) and Randy (bass) Armstrong, the band released their debut album, End of Silence, in 2006. Often stated as a Christian Rock Metal act because of the prevailing positive mood of the members, the band also has Alternative Rock, Post-Grunge and Classical roots that they are not afraid to use, which is evident with each album they release. Well known for their energetic live shows and their closeness to fans, Red have here and there taken the opportunity to hang out with their listeners and play some acoustic songs before the main show. The band was growing quickly, with their second album, Innocence & Instinct (2009), landing on #15 on the Billboard 200 chart and #5 on the iTunes Overall Top Album chart. Following this path, album Release the Panic (2012) peaked at #7 on the Billboard 200. Solidified as a institution in the Metal world, Red also stand out with their artful, visual implementation of their Classical sound in complex video clips. Now the band is set to release their fifth, highly anticipated full-length album, of Beauty and Rage, via Essential Records/Sony on February 24, 2015.

The twelve songs in of Beauty and Rage are embedded between the score-like instrumentals of the opening, “Decent,” and the gooseflesh inducing closer, “Ascent.” “Impostor” rises as the calm before the storm to a orchestral, bombastic highlight. The heavy rolling, wonderful harmonic arrangement, “Shadow and Soul,” carries the story to one of desperation, where it is never more evident that Barnes has expanded his vocal range to an entirely new level. Taking on the high notes with passion and ease, this is an ear-tingling experience that will leave the listener breathless. The temperature rises even higher on what may be one of the saddest songs in the history of Red, “Darkest Part,” where Barnes’ expressionist singing portrays suffering before being chased by a horrific monster. Moving along, the piano and string dominated ballad, “Of These Chains,” offers a moment for a deep breath before the heart-pounding “Falling Sky.”

Playing out like a well-written novel, the piano instrumental “The Forest” comes next, taking the listener back through the maze of the crimson forest that Red has been brilliantly created with of Beauty and Rage. Another outstanding track among the balanced, high level compositions is “Take Me Over,” a song sure to haunt the listener’s dreams. Similarly inspiring is “The Ever,” which takes the hand of the listener and guides them slowly to the climax with “Part That’s Holding On.”

of Beauty and Rage begins and ends with heavy, rolling sounds. From the single performances of the musicians to the emotions generated by the songs, there is no doubt that this mission was successful. Of Beauty and Rage is gut-wrenching, with heavy, musical depth and strong, polished visuals from the band’s associated, full-length graphic novel. Sounding like a movie score, the orchestral elements and classical arrangements remind one of the first two albums. This trademark, along with Barnes’ distinctive vocals, light electronics, and fat riffing from Anthony, make of Beauty and Rage an artful, rhapsodic adventure, bringing forth the plague masked creatures of the novel that represent the darkest thoughts inside all of us. The dichotomy between good and evil is the concept story in of Beauty and Rage, with Red’s positive view that we can find the beauty in all of the struggles of life.

What bands like Pink Floyd and Queensrÿche managed in the past, Red has brought to current times in a contemporary and most aesthetic level. This band is trying to reach people, and they are not doing it with a match, they do it with a bonfire! Hopefully, Red will have the opportunity to play this album live and in its full capacity on a tour around the globe. CrypticRock gives of Beauty and Rage 5 out of 5 stars. 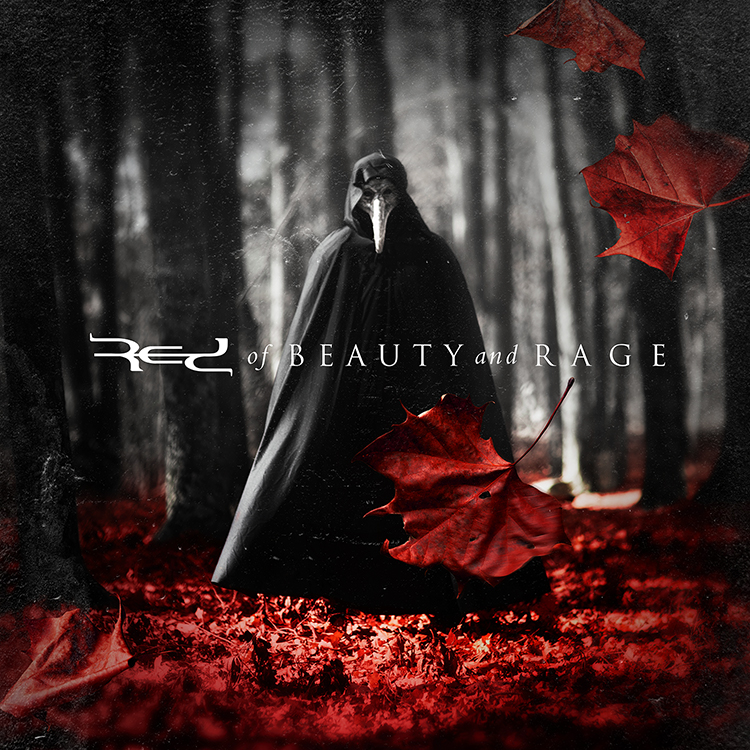