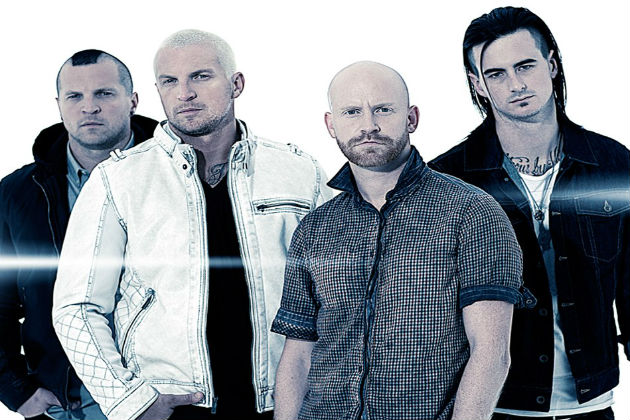 Nashville, TN hard rock band Red was born in 2004. Over the years since the release of their debut album, End Of Silence (2006), the band has really come into their own. Follow-up albums, Innocence & Instinct (2009) and Until We Have Faces (2011), both reached peak positions in various rock charts.

With a signature crunching, in your face style of hard rock Michael Barns (vocalist), Anthony Armstrong (guitarist), Randy Armstrong (bassist), and Joe Rickard (drummer) hold nothing back. These men continue to hone their craft with each passing year. In 2013 the band brings us their highly anticipated fourth studio album entitled Release The Panic.

The album begins with the title track “Release The Panic”, which brings heavy rock guitars and Barns’ strong vocals. The track sets the fast paced tone for the rest of the album.  Following is the single “Perfect Life”, which is a complete adrenaline rush with a solid rhythm section and powerful lyrics. Fans who love heavy bass lines will love “Die for You”. Armstrong really shines bright as the sun, with a bass line that is on point, delivering a groove that really carries through perfectly.

Coming out blasting with chugging guitars and aggressive vocals “Damage” is an eye-opening offering. With an alternative metal style à la Korn, fans may wonder if Brian “Head” Welch makes a guest appearance on the track. Along with the end of the rope rage, the song also mixes a soft melody that leaves you speechless.

The strong bass sound continues on “Same Disease”. Along with incorporation of synth and high octave vocals, this song stands out as a dynamic change from what fans maybe used to with the band. Just like that, Red take things back to their roots with “Hold Me Now”. With a radio friendly vibe, it is certainly one of the more spiritual tracks as well. Red has never been ashamed to wear their faith on their sleeves and this track is most pronounced of that. The fast paced style picks up again on “If We Only”, where Rickard mixes some energized drumming with synthesizers. Barns’ vocal performance takes center stage again with the ability to transition from a soft chorus to an aggressive chorus.

Keeping you guessing what’s coming next, “So Far Away” delivers the most emotional sound on the album with truth and sincerity resonating from the lyrics. It is an effective song that will make even the strongest of men break down into tears. On the track “Glass House” orchestral elements come into the equation. Still keeping the synth prevalent throughout, the result is a mellower track which is perfect for a radio single. The album closes out with “The Moment We Come Alive”, a crafted combination of a new polished Red sound and the band’s original grass-roots aggression.

Release The Panic is a different direction for Red. With more synthesizers, broad vocal ranges, and a more polished production, Red has created a phenomenal album fans will grow to love more with each listen. Release The Panic has a positive message throughout transforming angst and frustration into a building block for hope. CrypticRock gives this album 5 out of 5 stars. 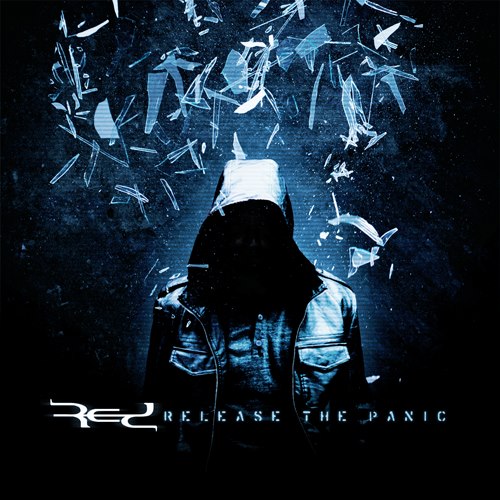