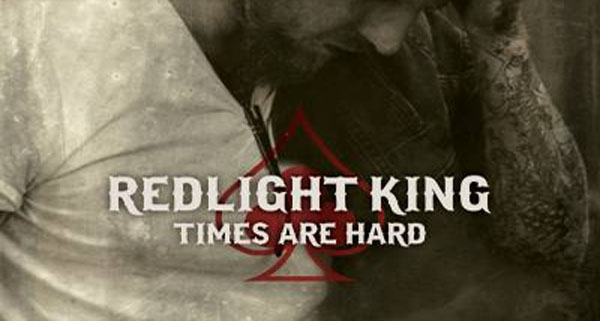 Rockers Redlight King released their official lyric video for the single, “Times Are Hard.” The video is front man Kaz’s point of view as he scribes the lyrics of the song. The single is off of Redlight King’s sophomore album, Irons In The Fire – available now on iTunes & Amazon.

“Life is a struggle sometimes, for some more than others,” Kaz says of the song. “But I know for me, having a loved one to lean on gets me through the tough times.”

“Times Are Hard” follows the band’s Top 10 single, “Born To Rise” – featuring Kaz performing his own breathtaking stunts in Los Angeles in the official music video. The band recently completed an in-studio session for CraveOnline. Fans should check out the live performance of “Born To Rise” and other Redlight King songs HERE.