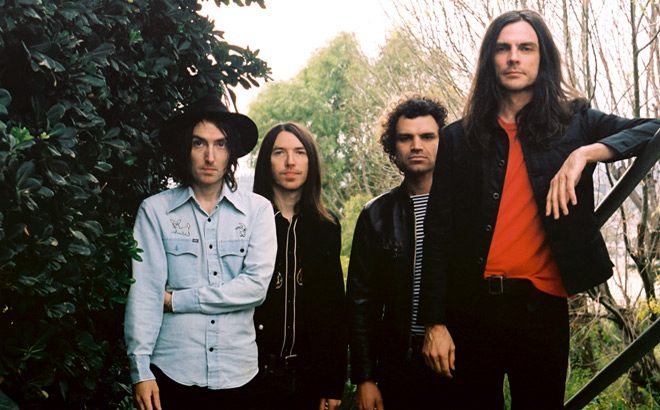 Finally, The Relationship has come out of its shell with its own feathers. On their debut album, 2010’s self-titled release, the American band’s sound was still glazed generously with the inescapable genes of bandleader Brian Bell’s primary band, the mighty Weezer. However, Guitarist/Vocalist Bell’s offshoot moniker looks to turn plenty of heads with the follow-up album, Clara Obscura.

Formed in 2007 out in California, The Relationship was initially practically Bell with a revolving cast of musicians, but is now comprised by him and Jon LaRue (bass), Justin Goings (drums), and Brandon Graham (lead guitar). It is Bell’s necessary vehicle for his own compositions; after all, Weezer’s songwriting task is primarily in the hands of his Weezer bandmate Rivers Cuomo, who is one of Weezer’s original and remaining founding member.

Set for release on April 21st, 2017 via Rebel Union Recordings and Lolipop Records, The Relationship’s sophomore album is a collection of ’60s Sunny Pop/’90s Alternative Rock-inspired combo guitar-oriented songs – the same roots and sonic references of Weezer, but explored in a much freer and more experimental manner. Clara Obscura begins with a blast of the grungy and shoegazey, yet painfully melodic and Blur-ish “Missing.”

From here, the mood slows down immediately as the spacey “Break Me Open” and the shimmering “Suzy Don’t” follow in succession, emitting flickers of Psychedelic-tinged Alternative Rock of old; it hints of The Posies (“Earlier than Expected”), early Sloan (“Left of Centre”), and This Perfect Day (“Can’t You See”). The ensuing “Hate That I Love You” is a sure album highlight…candy melodies, catchy lyrics, and choppy guitar strums. Then there is the starry-eyed ballad “Without Me,” whose lyrical sentiments and sonic hooks pay homage to Bell’s main band, harking back to the lovely sound of Weezer’s iconic debut album.

With its crunchy guitar parts, driving beats, and angst-filled vocal styling, “Working on Myself” returns the listener to the forefront of Alternative Rock. “Smile,” on the other hand, swings everyone back to the black-and-white photo montage of ’60s teen aspirations. A further trek down memory lane of the jangly and orchestrated Baroque Pop of the 1960s, “Hawthorne” and second-to-the-last song, “Stranded by the Sea,” exude a kind of allure and beauty that is reminiscent of the likes of The Left Banke (“Pretty Ballerina”), The Zombies (“Maybe After He’s Gone”), The Stone Poneys (“Different Drum”), The Hollies (“Carrie Anne”), and Gary Lewis & the Playboys (“Sealed with a Kiss”).

Finally, Clara Obscura ends with the string-laden, slow ballad “This Year’s Children,” which will, for a moment, make the listener forget that he is playing something from the guitar player of Weezer – which is good actually, for this means that Bell was able to maintain his Alternative Rock status and yet loosen himself to backtrack freely into the beautiful sonisphere of the equally engaging Pop/Rock music of the 1960s.

With Clara Obscura, Bell develops a more distinct sound while reasonably still echoing faintly of Weezer’s fuzziness and Pop sensibilities, but definitely more structurally and progressively interesting and complex. That said, the album is not only for ’90s Alternative Rockers as well as the young Alternative Rock hipsters of the current generation, it is also for the gracefully ageing enthusiasts of the Psychedelic Rock and sunshiny Alternative Pop of half a century ago. After all, music, regardless of genre, is really for anyone who loves music. For these reasons, CrypticRock gives Clara Obscura 4 out of 5 stars. 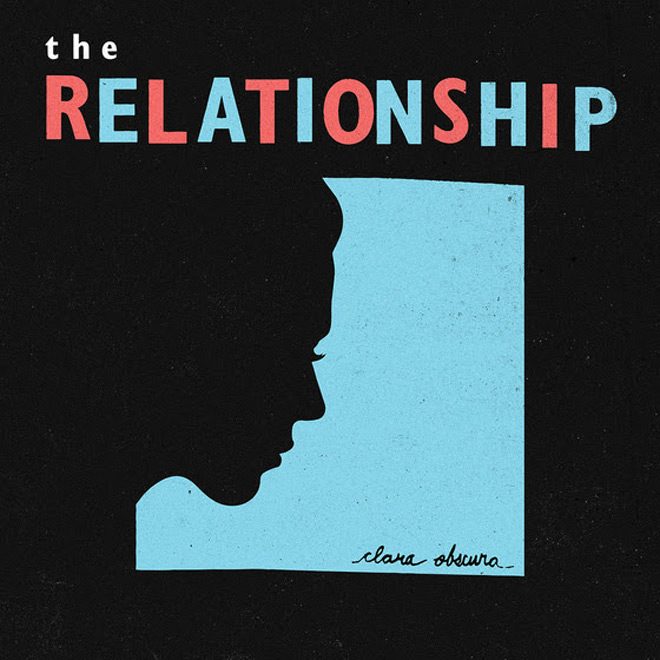