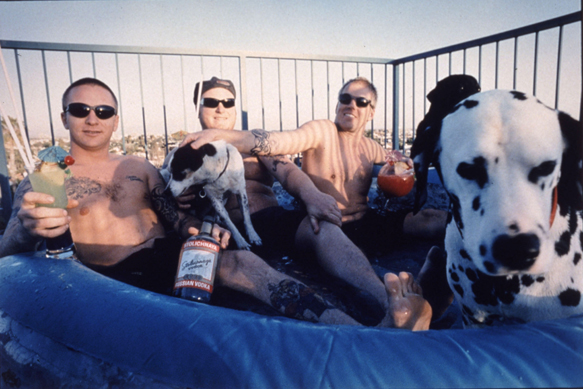 Long Beach, California-based Ska band Sublime has a storied past that would have felled a lesser band, yet they have persevered. Originally formed back in 1988, the trio consisting of Brad Nowell on vocals and guitar, Eric Wilson on bass, and Bud Gaugh on drums had humble beginnings much like many other bands. Releasing 40oz. to Freedom in 1992 and Robbin’ the Hood in 1994 via Nowell co-founded label Skunk Records, the albums made the band popular in the California area, but Sublime aspired for more.

After being featured on such tours as Vans Warped and the SnoCore tours, in February of 1996, they went into Willie Nelson’s Pedernales Studio in Austin, Texas to record their first major label album. Set for release on MCA, recording went through May of that year, and by this time, Nowell, who had already gone to rehab for heroin addiction, was back hitting the needle harder than ever, according to his mates. Then, tragically, Nowell died two months prior to the self-titled album’s release. Distraught over the lose of Nowell, Sublime dissolved shortly after his passing, but on July 30th of 1996, they had unveiled their swan song and what would become a defining album of the ’90s.

Trying to compensate for Nowell’s death, MCA recruited the band’s Gasoline Alley team, rechristening them the Sublime Marketing, because they knew the fanbase. Without the band touring, the label thought they were going to have a hard time pushing the album, but, as it has morbidly been proven time and time again, death has a weird way of moving a product. Also, singles like “What I Got,” “Santeria,” and “Wrong Way” were wildly popular, pushing the album to sell approximately five million units by 2000 in the US only. With a mix of Punk, Reggae, as well as Ska, other forms of music that were featured on the album were Dancehall, Hip Hop, and Dub. In addition, subjects like prostitution, riots, and even addiction are touched on, making it extremely vital even twenty years later.

The uniqueness of Sublime begins with the cover art, which is a memorial with Nowell’s Sublime tattoo haloed by black and gray flowers, which seems simple for a complex and troubled person, and for a band that mixed so many types of music. The album itself is a 17-track requiem that testifies what was and what could have been, beginning with “Garden Grove.” It loosely starts with a bass line with shades of Courtney Melody’s ‘88 single, “Ninja Mi Ninja,” while the synth loop later in the track was lifted from The Ohio Players’ “Funky Worm.” In this opening song, Nowell sings about feeding his addiction and waiting for the next hit, which any fan in the know can relate to.

Next, “What I Got” was the second single from the album, and became their biggest hit when it reached #1 on the Modern Rock Tracks, the Top 40 chart, and peaked at 29 on the Billboard Hot 100 Airplay. This track has shades of The Beatles’ “Lady Madonna” musically as Nowell sings relaxed and deftly about not sweating stuff, because life’s going to keep on rolling. The band released a video after Nowell died that had archived concert footage as well as a montage of Cali sights to run the narrative.

Moving on, “Wrong Way” was the first of the Ska songs on the album, with lifts of The Specials’ “It’s Up to You.” The track made it to #3 on Billboard’s Alternative Songs chart, spawning a video that told the story of a prostitute that was ultimately saved after her last job. This piece could be construed as Nowell being the prostitute needing to be saved from addiction…in other words, a cry for help. Thereafter, “Same in the End” is a straight Punk piece with a slight Ska undercurrent as Nowell sang about people seeing him how they were going to see him regardless.  Also, his lyrics are prophetic as he sings about his impending death.

The Los Angeles riots happened “April 29, 1992,” and the band took notice with their brand of defiant commentary, in the (Miami) version, from a first-person perspective since they were in the thick of the events. This track lifts bits of Slick Rick’s “La Di Da Di,” Just-Ice’s “Original Gangster of Hip-Hop,” as well as Mobb Deep’s “Shook One (Part 1),” and it is definitely no apology. One of the songs Sublime is known most for is “Santeria,” and the legendary hit reused the guitar solo from their song “Lincoln Highway Dub” off of the Robbin’ the Hood album. Literally meaning “Way of the Saints,” the track has a Reggae sound to go with the Afro-Caribbean religion the title came from; however, the theme of revenge has nothing to do with said religion. Unfortunately, Nowell never saw its success since the single was released after he died. Again, a video was made starring actor Tom “Tiny” Lister Jr. as the heavy, and Nowell’s Dalmatian, Lou Dog, with the band while Nowell is present in eerie, washed out concert stock footage.

Other songs on the album, such as “Seed,” borrows from The Bel-Airs’ “Mr. Moto” and NOFX’s “Lori Meyers.” This Punk/Ska hybrid features Nowell’s knack for storytelling as he sings about addiction again, and dragging a girl named Janie with him. The cover to Bob Marley’s ‘65 “Jailhouse” melds with a bit of Tenor Saw’s “Roll Call.” The band pays a faithful homage to the Reggae King. A quasi-cover Sublime did was “Pawn Shop” as a reimagining of The Wailing Souls’ “War Deh Round a John Shop.”

Furthermore, Nowell reminisces in the brief Punk “Paddle Out,” which has a surfer riff that follows throughout. “The Ballad of Johnny Butt” is another quasi-cover to the Secret Hate’s “The Ballad of Johnny Butt” with fuller sound. All this said, with the album, Sublime used older songs to create new ones, making tunes easily identifiable to older fans all while still giving them something new. Take for instance, “Burritos,” which is redone from their song “Fighting Blindly,” but with different words. This time around, the Punk/Ska piece has a Bluesy solo that showed the breadth of talent in the band as Nowell sang about being fed with life.

Paying tribute to guitar genius Jimi Hendrix is “Under My Voodoo,” a punked-out piece that harkens to Hendrix’s lyric delivery in “Voodoo Child.” This is followed by another quasi-cover in the Spanglish “Get Ready,” which was originally done by Frankie Paul in ’87, celebrating getting high with a sexy Reggae beat. Others like “Caress Me Down” is sexually charged to Wayne Smith’s “Under Me Sleng Teng,” while being an homage to Clement Irie’s “Caress Me Down.” Then, the reprise to “What I Got” strips down the original song completely. Incidentally, Nowell did not solo on either version of the track with Guitarist Michael “Miguel” Happoldt, who produced the demo, doing the original, and the reprise being done by Producer Paul Leary. Then, ending it all, “Doin’ Time” is a Reggae-like tongue-in-cheek metaphor about a relationship Nowell was in…a universal feeling anybody who has been in the game can relate to.

Sublime wound up being so popular with its depiction of faults and vices that many either did not know or could not believe the band’s lead singer was dead. When Nowell’s death became known, and with the album’s genuine popularity, the album went on to go five times Platinum in the US and Platinum in New Zealand, forever earning it a spot in music mythology. Despite Sublime’s popularity, the remaining members were ready to call it quits without Nowell after they had tried to continue with all their unpublished material. Then, in 2009, Gaugh and, then little known, Rome Ramirez reformed Sublime, and soon Sublime with Rome was born. Eric Wilson rejoined the band, and that was the lineup until Gaugh left in 2011 to start a family. Since, Josh Freese has stepped behind the drum set to round out the lineup going strong with Ramirez and Wilson, continuing Sublime’s mythology into the 21st century and beyond. 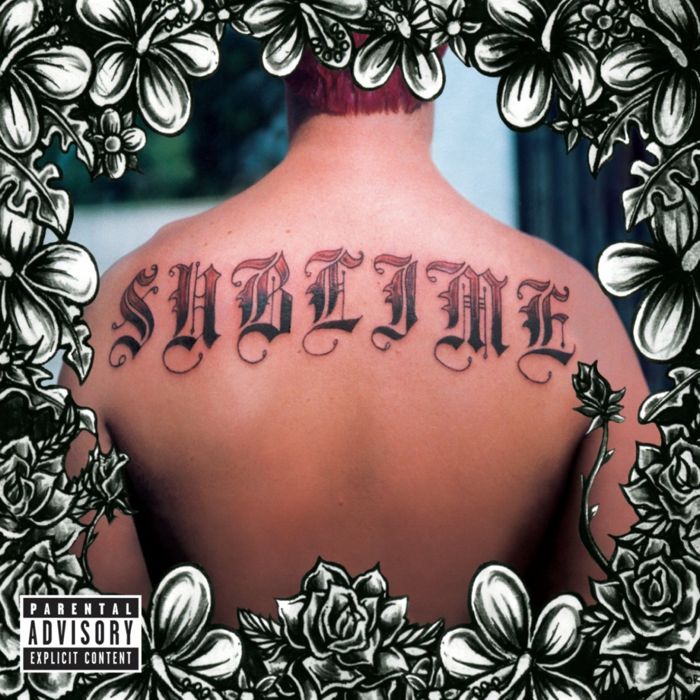