Remembering Chester Bennington – The Voice, The Passion, The Sorrow

October 27, 2017 Remembering Chester Bennington – The Voice, The Passion, The Sorrow 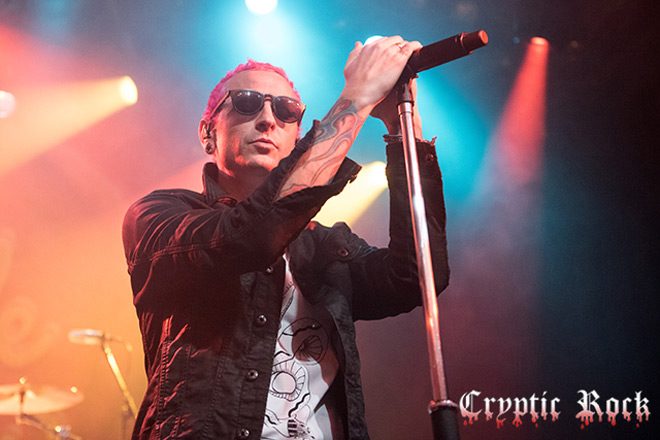 “And the shadow of the day will embrace the world in grace, and the sun will set for you . . . ”

Tragically, on July 20, 2017, the world lost a truly gifted musician: Chester Bennington of Linkin Park. Just 41 years-old but still reeling from the tragic loss of his close friend, fellow musician Chris Cornell – who had passed away on May 18, 2017 – Bennington made the heinous decision to end his own life on what would have been Cornell’s 53rd birthday.

There is little that can be said when such a beloved musician is lost from our world, though Bennington’s bandmates were able to say it best: “You touched so many lives, maybe even more than you realized. In the past few days, we’ve seen an outpouring of love and support, both public and private, from around the world . . . Your absence leaves a void that can never be filled—a boisterous, funny, ambitious, creative, kind, generous voice in the room is missing. We’re trying to remind ourselves that the demons who took you away from us were always part of the deal. After all, it was the way you sang about those demons that made everyone fall in love with you in the first place. You fearlessly put them on display, and in doing so, brought us together and taught us to be more human. You had the biggest heart, and managed to wear it on your sleeve.” 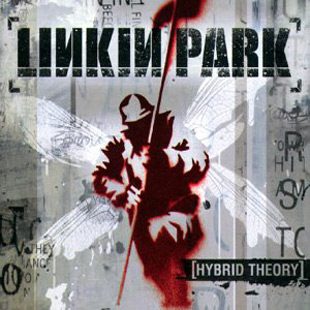 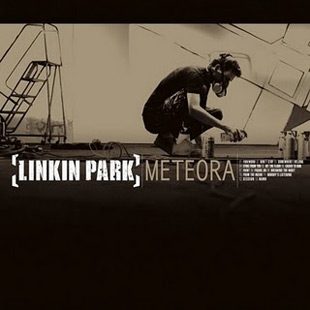 A beloved father of six beautiful children, Bennington is survived by his wife, Talinda. As many have already expressed, to know Bennington was to love him. Bandmate Dave Phoenix Farrell perhaps said it best: “[Chester] was an enthusiastic, playful father, an honest, passionate musician, and a loyal friend.” Other friends have expressed that Chester was an intelligent, loving, positive individual who, though he suffered with alcoholism throughout his days, celebrated his life one day at a time. His talents were many and, though he is best known as a musician, Bennington was also an actor, producer, tattoo enthusiast, sports fan, and, no surprise here, a die-hard music lover.

Bennington was obviously best known as the frontman of Linkin Park, though he also fronted Stone Temple Pilots (2013-2015) and sang for the group Dead by Sunrise. With Linkin Park, Chester released seven studio albums over the last seventeen years, from 2000’s Hybrid Theory to this year’s One More Light. One of the band’s best offerings, Hybrid Theory was an explosive debut that made Nu Metal a household name and launched a little-known band out of California to the very top of the charts. Hit singles like the dueling Rap/Rock battle of “One Step Closer,” the emotionally heavy “Crawling,” relatable “Papercut,” and haunting “In the End” propelled Hybrid Theory straight-up the charts and into the hearts of a generation of music lovers. 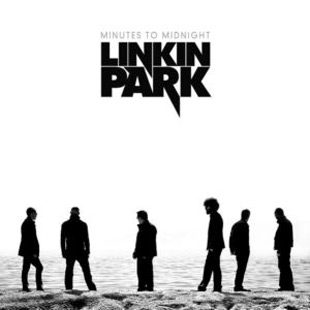 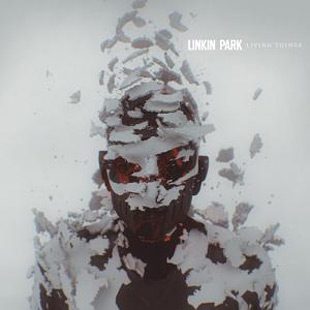 They would follow this success easily with future albums, beginning with 2002’s remix collection, Reanimation. Two thousand and three’s Meteora kept the band in the musical spotlight with the hit singles “Somewhere I Belong,” “Faint,” “Numb,” “From the Inside,” and “Breaking The Habit.” It ultimately led to a masterful collaboration with Jay-Z on the Collision Course EP, bringing the band before the Hip-Hop world and opening them to a whole new audience of music lovers.

As they matured as a band, Linkin Park moved away from the pure Nu Metal sound of their roots and began to slowly embrace new influences. Two thousand and seven’s Minutes to Midnight, 2010’s A Thousand Suns, 2012’s Living Things, and 2014’s The Hunting Party displayed a gradual evolution toward a Hard Rock sound that was an amalgamation of darkness and light. While their most recent offering, 2017’s One More Light, met with highly mixed critical and fan reviews, Linkin Park forged ahead, never stopping as they tackled this year’s spring and summer festival circuit and prepared for their summer co-headlining stint with Blink-182, comically entitled Blinkin Park. Sadly, all the plans for Linkin Park’s future with Bennington would come to a tragic halt on July 20th 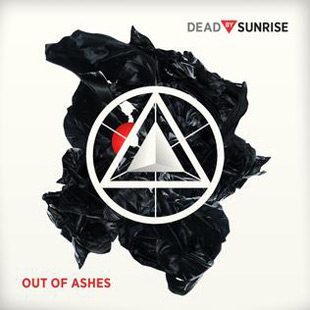 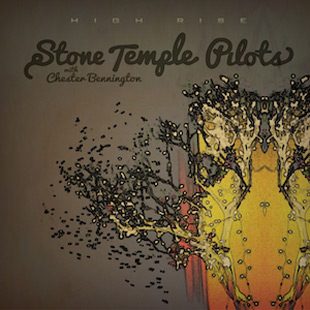 Tributes to Bennington have been plentiful and heartfelt – both sonic and written – coming in from across a diverse spectrum of the music community – from the likes of Jay-Z, Justin Timberlake, Nikki Sixx, Placebo, Thirty Seconds To Mars, Motionless In White, Good Charlotte, OneRepublic, Imagine Dragons, Duff McKagan, Bush, Aaron Lewis, Steve Aoki, Andy Black, Nickelback, Cypress Hill, Fred Durst, Brian “Head” Welch, 5 Seconds of Summer, Nick Jonas, Ryan Adams, Simple Plan, Chance the Rapper, Pusha-T, Juicy J, American Authors, Lupe Fiasco, Quest Love, Paramore, and many, many more. It is a clear testament to Bennington’s talents (and personality) that such an eclectic group of individuals was touched by his work.

It is especially tragic that a man such as Bennington, who brought hope to so very many with his sincere and forthright lyrics, would become a victim of suicide. With Linkin Park, Bennington was often open about the darkness that dwells within each of us, but beautifully hopeful in his lyrical approaches; he was a beacon of light for many. His death has opened up a miasma of emotion that has left so very many utterly speechless. Understanding that fans and friends across the world wish to attempt to express their sadness and sense of great loss – hoping to come to grips with this massive loss – Linkin Park have created an online tribute to their fallen brother at Chester.LinkinPark.com. 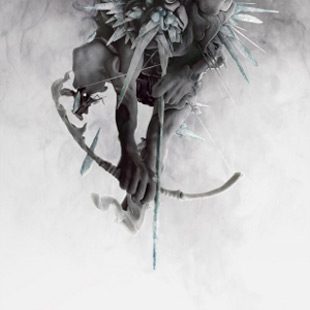 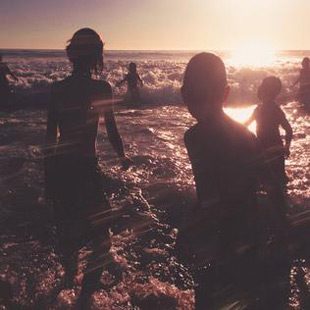 Furthermore, Bennington’s surviving bandmates will join together – along with celebrity friends – to pay their loving respects to and celebrate the life of Chester in a tribute concert. Scheduled for October 27th at the Hollywood Bowl in Los Angeles, California, proceeds from the sold-out event will go to Music for Relief’s One More Light Fund in memory of Bennington.

In the words of the poet Thomas Campbell, “To live in hearts we leave behind is not to die.” As such, Chester Bennington’s words and beautiful voice will live on in the hearts of his family, friends, and fans the world over, forever burning bright with their honesty, sincerity, and heart. 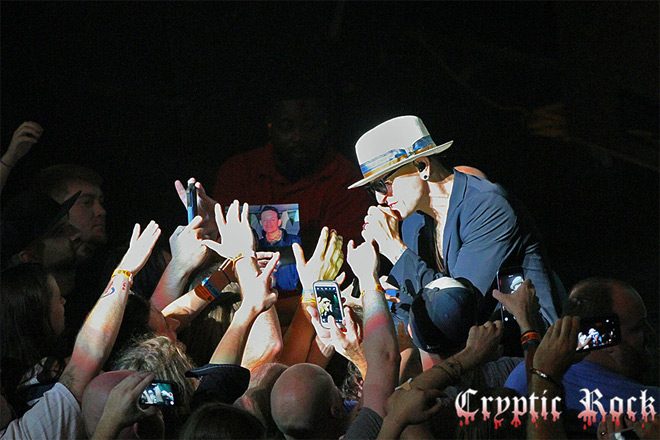 For anyone suffering from depression and suicidal thoughts, there is help, there is hope. Please reach out to loved ones, call The National Suicide Prevention Hotline at 1-800-273-8255, or visit their online chat at chat.suicidepreventionlifeline.org. Suicide is a permanent solution to what are often temporary problems.

From Ashes To New – Quarantine Chronicles Vol I (EP Review)
Like the in-depth, diverse coverage of Cryptic Rock? Help us in support to keep the magazine going strong for years to come with a small donation.