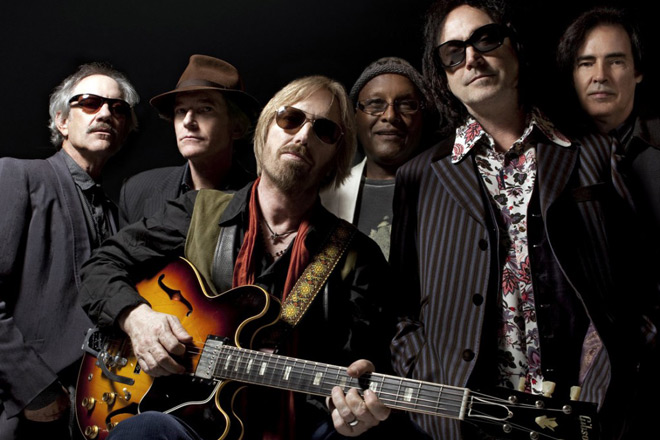 Tom Petty was an unpretentious musician who built a legendary career from the humblest beginning. His unassuming, uncomplicated style led some critics to write him off early, but over the course of forty years in the business Petty became an icon. He was inducted with his band, The Heartbreakers, into the Rock and Roll Hall of Fame in 2001, received the George and Ira Gershwin Award for Lifetime Musical Achievement in 1996, and was named as MusiCares’ Person of the Year in 2017. When he learned of Petty’s unexpected departure, Bob Dylan, the Poet Laureate of Rock-n-Roll, told Rolling Stone, “It’s shocking, crushing news. I thought the world of Tom. He was a great performer and I’ll never forget him.”

Thomas Earl Petty was born on October 20, 1950, in Gainesville, Florida, to Katherine “Kitty” and Earl Petty. Earl was “a violent drunk” who savagely beat Tom, while Kitty was a frail woman who battled cancer and epilepsy, and sadly passed away in October 1980.

In 1960, Petty’s uncle, Earl Jernigan, who was a location scout in the film industry, introduced Tom to Elvis Presley. Though he only had contact with Elvis for a moment, from the moment young Petty’s life changed radically. Petty tells a story that he went out the day after he met Elvis and traded his prized slingshot for some Elvis 45s and played them constantly. Petty had discovered that he wanted to be a rockstar. Like so many other boys of the time, Petty had a dream, but when he saw The Beatles perform on The Ed Sullivan Show in 1964, he found a template for how to achieve his dream. 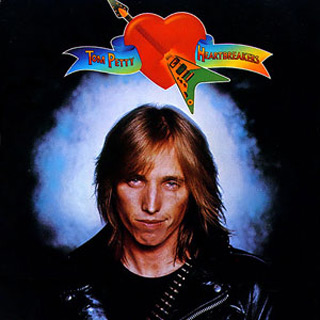 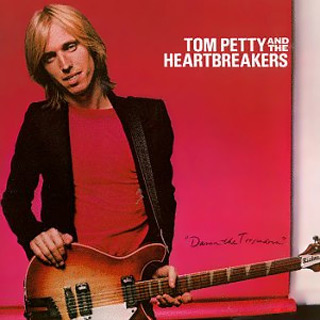 Petty performed in many local bands in Gainesville through the rest of the 1960s and early 70s, learning how to write songs and perform with a group. In 1974, Petty went to Los Angeles with bandmates from Mudcrutch, his most notable early band. They received some interest from London Records who sent the group back to Florida to get the rest of the band and move to Los Angeles to record an album. During the preparations for the move to Los Angeles in 1974, Petty married his first wife Jane Benyo who had recently given birth to his daughter Audria.

After a call from Denny Cordell, who had produced albums for Joe Cocker and Procol Harum, Mudcrutch stopped in Tulsa to meet with Shelter Records. Impressed by Cordell’s resume and his interest in their music, Mudcrutch chose to sign on with Shelter. After signing in Tulsa, they continued on to Los Angeles and recorded and released a single called “Depot Street.” The single failed to get much play on the radio and the record company grew impatient. In 1975, Shelter dropped Mudcrutch from the label but retained Petty himself.

After Mudcrutch lost their contract, Petty began a collaboration with Leon Russell who introduced him to many important figures in the mid-seventies music scene from Brian Wilson to George Harrison and Ringo Starr. Ostensibly Petty and Russell were working on a project, but, of that time, Petty recalls, “I never ended up writing anything with Leon. Nothing. I just watched these legends come in and out of the picture. They talked to me, told me things.”

Though he learned a lot under Russell’s tutelage, Petty was no closer to realizing his dream. Some of the members of his former band had remained in L.A. and played sessions and clubs to make money, and Petty stayed in close contact with them. Though he was technically a solo act, when he went into the studio to record what would end up being his debut album, he brought along former Mudcrutch members Benmont Tench, Mike Campbell, Ron Blair, and Stan Lynch. Thus, Tom Petty and the Heartbreakers was born. 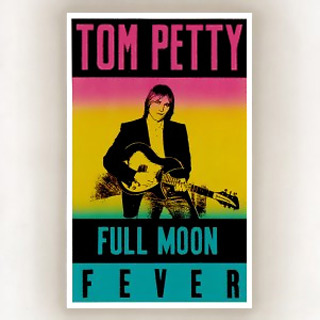 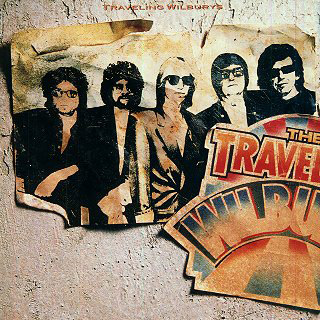 The band’s eponymously-named album was released on November 9, 1976. The album failed to receive much attention in the U.S. but topped charts in the UK during a tour there. After the UK tour, Petty and his band returned to the U.S. Their second single “American Girl” was released in February 1977 and eventually reached number 9 on the U.S. charts. After the success of “American Girl,” Shelter moved quickly to capitalize on the band’s burgeoning success.

The second album, You’re Gonna Get It, was released in May 1978. There were two singles from this album that made the U.S. charts, “I Need to Know” and Listen to Her Heart,” though the album received less critical acclaim. In 1979, Petty teamed up with legendary producer Jimmy Iovine and recorded Damn the Torpedoes. The album reached number 2 in the U.S. and spawned three of Petty’s biggest hits, “Don’t Do Me Like That,” Refugee,” and “Here Comes My Girl” and was The Heartbreakers’ first platinum album. Throughout the rest of the 1980s, Tom Petty and the Heartbreakers recorded successfully and had a number of hits and toured extensively.

The Traveling Wilburys, which consisted of Roy Orbison as Lefty, Dylan as Lucky, George Harrison as Nelson, Jeff Lynne as Otis and Petty as Charles T. Wilbury, Jr. were the result of a happy accident that occurred when they were unable to find a studio to record a B-Side for Harrison’s song “This is Love” in 1988. After searching for a studio to record in, Lynne contacted Dylan to use his home studio. Together they wrote and recorded “Handle with Care.” After it was done, Lynne believed that “Care” was too good to be a B-side. He convinced the others to record an entire album. The Traveling Wilburys Vol. 1 was released on October 18, 1988. The band intended to tour in support of the Wilburys’ project, but Roy Orbison passed away unexpectedly in December 1988. The remaining members recorded another album, sassily entitled Traveling Wilburys Vol. 3 in 1990 as a tribute to Orbison and then disbanded. 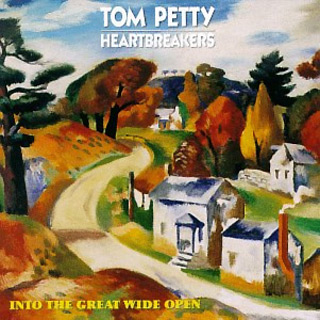 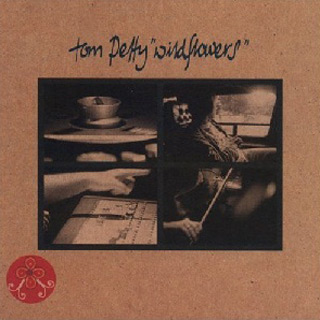 During the Wilburys period, Petty wrote and recorded his debut solo album Full Moon Fever. Though billed as a solo album, Fever included the Heartbreakers on multiple tracks. Fever was released on April 24th, 1989, and was an immediate hit. The album spawned Petty’s first three Number 1 hits, “I Won’t Back Down,” “Runnin’ Down a Dream,” and “Free Fallin,’” and went 5x Platinum in the US.

Later, Petty recalled that Fever was the most enjoyable album of his career, and it introduced his music to a new generation of listeners. The success of the album caused some friction with the members of the Heartbreakers when they went on tour with Petty to support the album. Particularly, Lynch claimed that he hated performing songs from Fever because it made him feel like he “was in a cover band.” Lynch’s bad feelings grew over the next few years, and in October 1994, he left the band.

Despite Fever being Petty’s most successful album to date, he got back together with the rest of the Heartbreakers in the studio to record Into the Great Wide Open in 1991. The album spawned two radio hits, the title track and “Learning to Fly.” Their next release, a greatest hits compilation with only a pair of new tracks – “Mary Jane’s Last Dance” and a cover of Thunderclap Newman’s 1969 hit “Something in the Air” – became the top-selling album of Petty’s career, selling over 12 million copies in the U.S. The irony of Greatest Hits is that it was a contractually-obligated recording that Petty hesitated to release at all.

After a much-needed break from over fifteen years of constant recording and touring, Petty returned to the studio in 1993 and recorded Wildflowers. The album was recorded at a critical point in Petty’s personal life: his marriage to Jane, which had been strained for many years, began to unravel; the album reflects this conflict with a melancholy and introspection that was not common in Petty’s previous recordings. The lead single, “You Don’t Know How It Feels” was somewhat controversial and the lyric “Let me get to the point/Let’s roll another joint” was censored for radio, but the song won Petty a Grammy Award for Best Male Rock Vocal Performance in 1996. Petty would record two more albums during the 1990s – Songs and Music from “She’s the One” in 1996 and Echo in 1999 – and go on to record three more albums during the 21st century, The Last DJ in 2002, Mojo in 2010, and Hypnotic Eye in 2014. 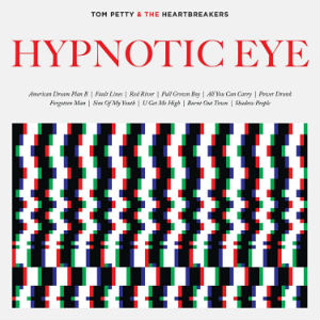 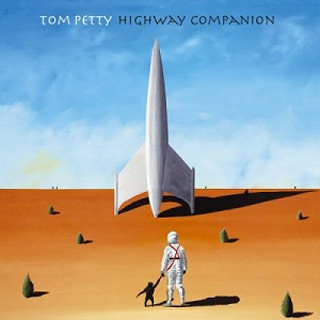 Though Petty’s album output slowed significantly after the turn of the 21st century, he continued to tour extensively through 2010, averaging forty to fifty shows a year. After the 2010 tour in support of Mojo, even his touring began to slow. In 2017 Petty and the Heartbreakers embarked on a 40th anniversary tour, playing 49 dates across the U.S., three in Canada and a single show at Hyde Park in London on July 9th. At the outset of the tour, Petty suggested that it might be his last. “We’re in the back sixties now,” he said, “this can’t go on forever. I’d be lying if I didn’t say I was thinking this might be the last big one.” Those words would prove, tragically, to be prophetic: on October 2nd, just a week after closing out the 40th Anniversary Tour with three monumental shows at the Hollywood Bowl in Los Angeles, Petty was found unresponsive at home. He was rushed to UCLA Medical Center and tragically passed soon thereafter.

After his death was confirmed, people across the nation mourned Petty. They remembered and remarked on all the ways that Petty’s songs had marked their lives. Many touring acts covered Petty in their live shows, while celebrities across the musical spectrum – from Paul McCartney and John Mayer to Elton John and Carole King – paid tribute to Petty in words as well as song. Bruce Springsteen may have best captured the shock and loss that everyone felt best when he tweeted: “Down here on E Street, we’re devastated and heartbroken over the death of Tom Petty.”

Though we all miss Petty, he was candid about death, encouraging everyone to appreciate the time we have here: “You get into your late fifties and people start falling like flies all around you. I don’t take life for granted any more. I’m really glad to be here.” Even in death, Petty’s voice can be heard, encouraging us to live every moment to the fullest. Maybe that’s his lasting impact. 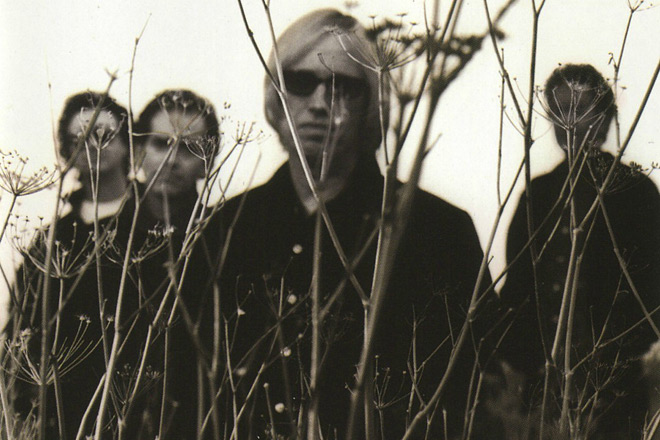 The Pretty Reckless – Death By Rock And Roll (Album Review) The Offspring – Let The Bad Times Roll (Album Review)
Like the in-depth, diverse coverage of Cryptic Rock? Help us in support to keep the magazine going strong for years to come with a small donation.