Loosely based on the Japanese video game franchise, the Resident Evil film series’ history dates back to the late ’90s. Taking a few years before production lifted off, in 2002, Resident Evil hit theaters with massive success. Spawning a film franchise all its own, subsequently four more sequels were produced through 2012’s Resident Evil: Retribution. Then rumbling came out that a new film was in the works as far back as 2014. Delayed, and delayed again, Resident Evil: The Final Chapter at last sees the light of day on the big screen as of January 27th via Screen Gems. What is implied, featuring the final chapter in the title, it is set to be the last installment of the Resident Evil saga, so after all the setbacks and anticipation, does it deliver? 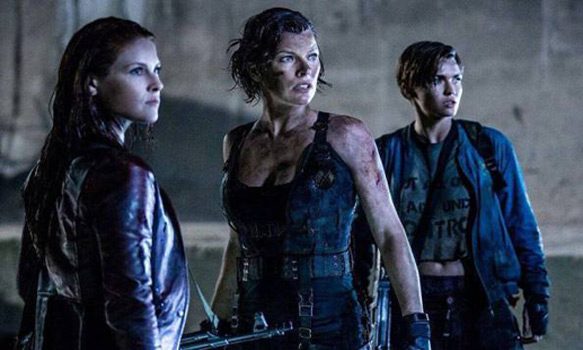 William Levy (Addicted 2014, The Single Moms Club 2014) as Christian, Ruby Rose (Orange Is The New Black TV series, John Wick: Chapter 2 2017) as Abigail, Eoin Macken (Centurion 2010, The Forest 2016) as Doc, and Milla’s real-life daughter Ever Anderson as Young Alicia and The Red Queen on her breakout role as well as familiar faces like Iain Glenn (Resident Evil: Extinction 2007, The Iron Lady 2011) as Dr. Isaacs, and Shawn Roberts (Jumper 2008, Edge of Darkness 2010) as Albert Wesker all made this Horror/Action film worth the watch. Rated R, much like the other films before, there is no stone left unturned as W. S. Anderson tries to close previous gaps. 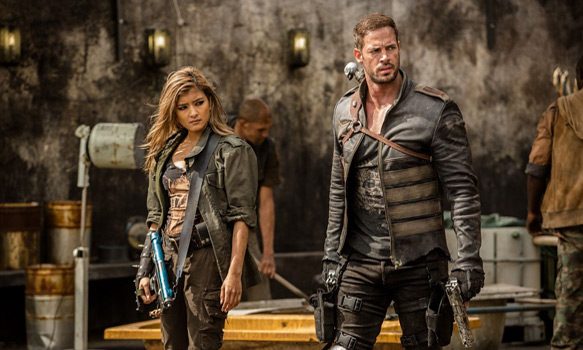 Picking up immediately from where Resident Evil: Retribution left off, Alice wakes up after having been in a fight for survival between her and her friends versus the undead. As she wakes up, Alice has no idea where everyone is and is surprised to find out that her fight is far from over. Alice is contacted by The Red Queen, who suddenly has a change of heart and urges Alice to help destroy The Hive and break an anti T-virus vile that will bring an end to the undead once and for all; Alice is given hours to finish this task and as time is running out, she meets past enemies and new friendships along the way.

Back to where it all began, in Raccoon City, Alice meets Claire, who is leading a pack of new survivors including Christian, Doc, and Abigail, and warns them that Dr. Isaacs, who was presumed dead, is coming their way and that she needs to get to The Hive as soon as possible. With one threat following another, Alice makes her way into The Hive only to find that trouble is just around the corner, and that not everyone in the group is trustworthy. Alice meets someone who changes her life and learns that her life is not what she thought it was. With only minutes left, Alice must fight Dr. Isaacs and spread that anti-virus outside The Hive. Being cheated by Wesker, that fight will not be as easy as the first fight Alice fought Dr. Isaacs and, as time is running out, so is Alice’s chances for survival. 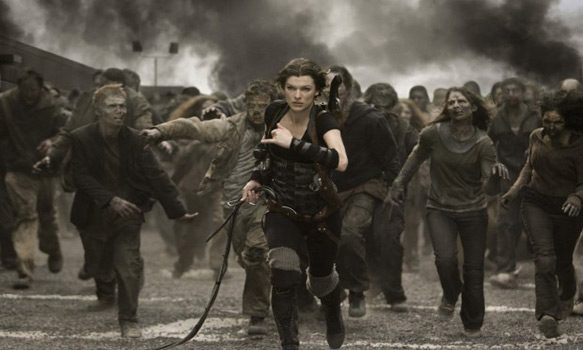 Some fans may be disappointed, because, once again, the fate of previous survivors is unknown. Although, that they brought new faces to the film makes up for it tenfold. Everything is intensified in this film; fights were longer and harder, zombies and monsters are faster and smarter, and the script was perhaps the best one of the series by far. In fact, not only was the budget for Resident Evil: The Final Chapter bigger than its predecessors, it took longer to finish, just showing how much thought was put into it.

The backstory in the beginning of the film closes a lot of gaps and questions that fans had, and the fact that this movie had heavy plot twists makes it worth watching again and again. Although the actors are relatively new, none of them seemed to not belong in the film. Alice will never be forgotten, and for not being in the video games at all, she will surely be remembered as one of the best butt-kicking characters, and Milla Jovovich as one of the best action female stars in the industry. CrypticRock gives Resident Evil: The Final Chapter 5 out of 5 stars. 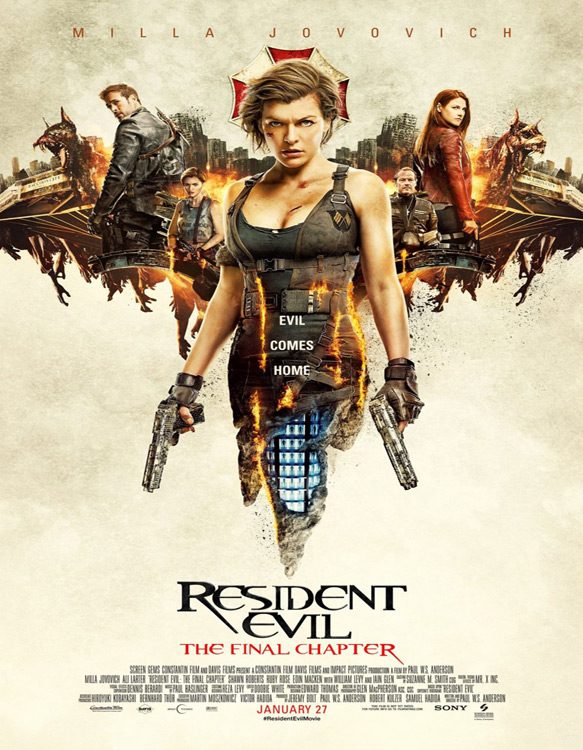