“And death shall be chosen rather than life by all the residue of them that remains of this evil family, which remain in all the places whither I have driven them, saith the LORD of hosts” (Jeremiah 8:3, KJV). Interestingly enough, the evil incarnate remnants in the film Residue also demands death, as well as souls, and can too be found in an ancient book of sorts; one which not only seeks to spread a much darker message, but which also intends to take that which it desires by even the most sinister means and measures. 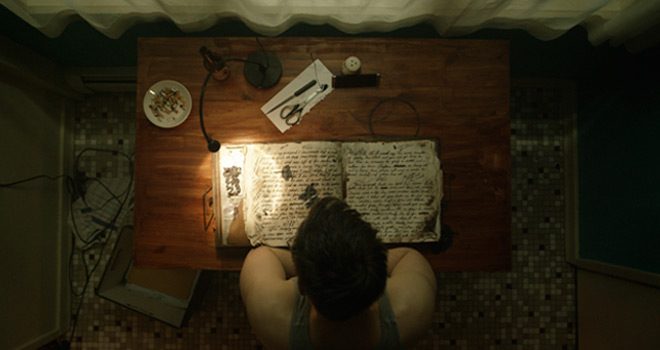 A Canadian Supernatural Thriller that initially premiered April 29th at the Sunscreen Film Festival, Residue will now receive a limited theatrical release as well as being released on VOD and iTunes on July 18th via XLrator Media and IndustryWorks Studios. Writer/Director Rusty Nixon (Dawn the Line 2014, Candiland 2016) and Motorcycle Boy Productions bring viewers a spectacular Neo-Noir Creature-Feature that is sure to tickle quite a few fancies; which could actually lead to a little more residue for some viewers.

All this in mind, Residue is the intriguing tale of Private Investigator Luke Harding (Clayton), who gets his hands on some pretty wicked reading material after botching a “delivery job” for known crime lord, Mr. Fairweather (Frewer), and his ’80s Glam Rock inspired wrestling goons, Ferox (Burkart) and Scotty (Mac). Luke really finds himself stuck between Hell and a hard place when rival crime lord, Mr. Lamont (Davis), sends henchmen Jacob (Mandylor) and Boston (Matic) to pursue Luke and take back the book. 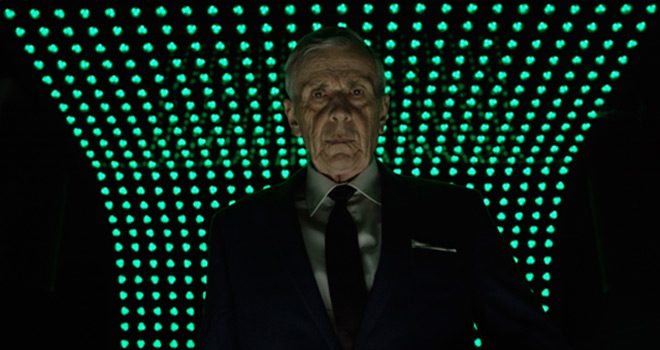 As Luke further investigates the strange and mysterious book at his rundown apartment, he gets himself into even hotter water when he gets a call from his estranged daughter, Angelina (Hickson), who is looking for a place to stay. Luke enlists the help of his crush, Monica (Rotaru), to get his apartment ready for his daughter’s arrival, but the book soon proves to be far more trouble than it could ever be worth; especially when it sets off a chain of events that will turn his life completely upside down and his apartment into a literal living Hell.

Honestly, Residue is easily some of the most fun a person can have with a movie. It is overflowing with such rich elements of that decadent, old Hollywood, artistic Film Noir style that defined a cinematic era, but which has now been transformed into something much more modern; the beautifully infamous Neo-Noir style that encourages the use of heightened vibrancy through bright, contrasting colors, while still holding true to some of its more traditional components. There are also strong elements of Supernatural Horror, Psychological Horror, and Monster Movies; as well as containing flashes of Comedy that make for an overall fun-filled movie experience.

Viewers will enjoy the first-person voice over narration that is spoken as read journal entries; the emblematic eroticism and sexuality without ever overdoing it; the archetypal long tracking shots and moments of deep focus while staring out of a window or off into the distance; and even the classic chiaroscuro lighting, just with a slightly more dazzling color palette. Viewers will also appreciate smoke-obscured scenes; neon lights; unbalanced framing; blurred ethical lines; crime and violence; and rather complex plots and analepsis, or a somewhat convoluted timeline; all of which are the most basic and adored elements of a Neo-Noir film. 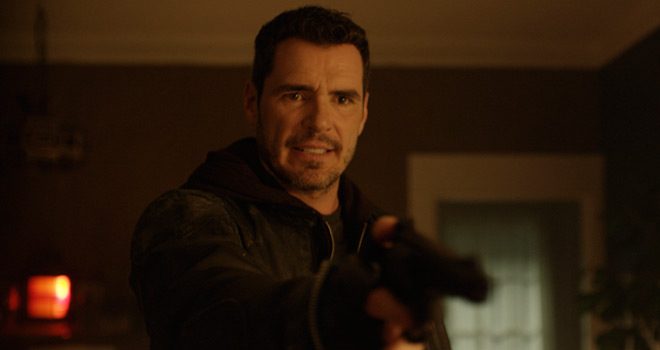 The cinematography is captivating and when paired with such an excellent score, made for a movie experience that brought the story straight into the viewers’ homes. That said, the performances are perfection, and while each character was played with such flawless enthusiasm, it was Clayton’s portrayal of Luke which stole the show. Harding’s progressive descent into demon-driven insanity, as well as his commitment to solve the case, his running commentary, and his wish to ultimately do the right thing, coupled with his antiquated style garnished with a modern technological twist, built a solid foundation for Clayton’s detective character, Luke Harding, to be considered amongst some of the many film detective greats.

Overall, Nixon does an absolutely phenomenal job bringing such vitality to Residue. With the help of a talented cast, interesting and weirdly likable characters, its comically deft dialogue, extremely elucidative cinematography, mood-enhancing film score, impressive special effects, and overabundance of brilliantly portrayed elements that are so indicative of that modernized and updated Film Noir style, he was able to create a highly entertaining Supernatural Thriller. For these reasons, CrypticRock gives Residue 4.5 out of 5 stars. 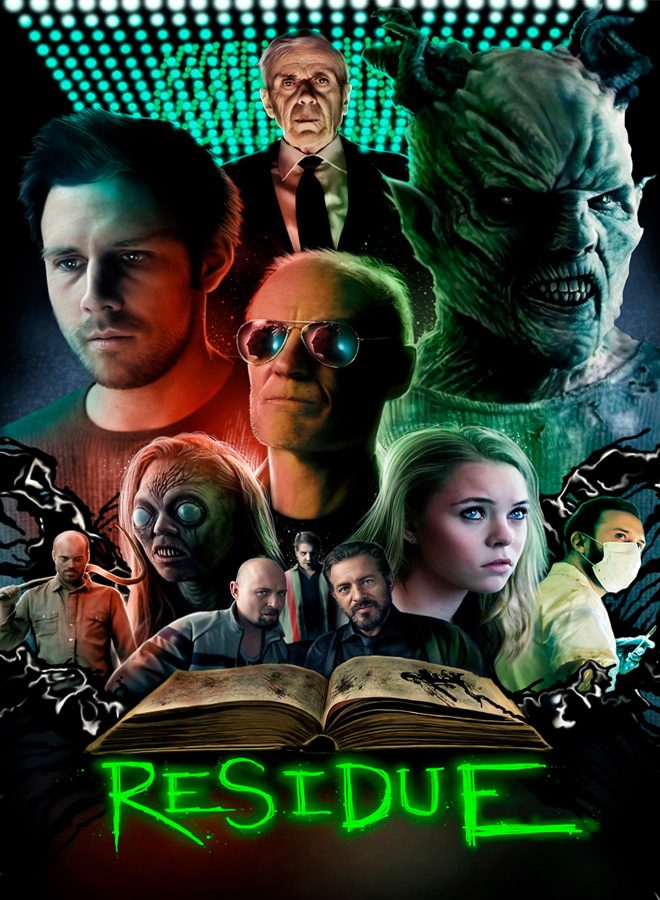