Uncork’d Entertainment, in conjunction with Brilliant Screen Studios, Grit Film Works, and Synaptic Studios, again show they distribute quality Horror films with the release of Restoration on VOD as of May 3, 2016. Written and directed by respected Horror actor Zack Ward (Don’t Blink 2014, Tabloid Vivant 2016), and co-written by James Cullen Bressack (Hate Crime 2012, Pernicious 2014), Ward also stars as one of the main protagonists. 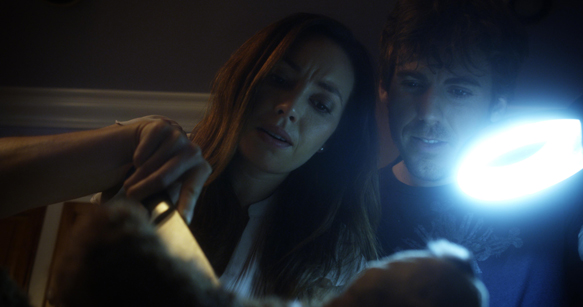 The events of Restoration take place in modern day with a young married couple, Rebecca Jordan (Emily Roya O’Brien: The Young and the Restless 2006-2011, Pernicious 2014) and Todd (Adrian Gaeta: The Acid of Brotherhood 2011, ABCs of Death 2.5 2016), who have recently moved into a new area. Rebecca is a doctor doing her residency, which means every couple of years they are required to move, and her to change jobs. The latest move is into a beautiful old home, which requires a little renovation. Almost as soon as Todd and Rebecca move in, they meet their neighbors, Francine (Sarah Ann Schultz: Tokarev 2014, Black Beauty 2015) and Harold (Ward). Harold and Francine make regular visits to Todd and Rebecca’s, which initially makes Todd and Rebecca feel welcomed.

Todd begins knocking down a few walls to make more room, and in the course of doing so, finds a hidden teddy bear. He pulls it out of the wall and later that day he and Rebecca remove a diary hidden within it. The diary belongs to a former resident of the house, a young girl, Katherine, aka Katie (Anna Harr: The Curse of Sleeping Beauty 2016, Gospel Adventures 2016), approximately 30 years ago. As soon as Rebecca begins to read the diary, strange things begin to happen. The teddy bear takes on a life of its own, moving around the house, and acting as a conduit for Katie, or something more sinister. 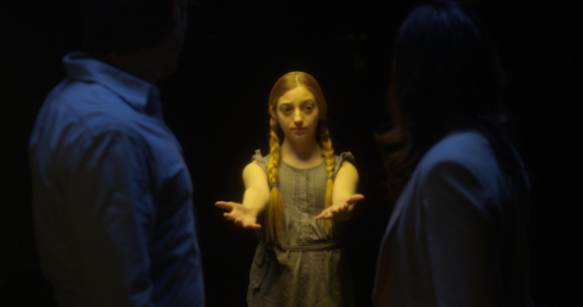 One evening while Rebecca is at work, Todd sees a fiery apparition of a young girl, and receives third degree burns from touching her. Todd and Rebecca begin to suspect their home is haunted by Katie and she cannot rest until they find out why. This leads them to investigate past residents to understand what happened there. What they discover unravels a decades long mystery that involves much more than a simple murder. Harold and Francine continue to interfere in the married couple’s lives, complicating the intense situation.

At some point it becomes clear to Rebecca and Todd there is more to Harold and Francine than meets the eye. When Rebecca discovers she is pregnant, unplanned, it amps up the tension and adds further tension in her marriage. However, it does not stop Rebecca and Todd’s determination to solve their domestic torment once and for all. The evidence they find horrifies them, but leads Todd and Rebecca to find Katie’s bones. They dig her up and report the death in the belief she will finally be at rest, but it is in fact only the beginning. Against ancient dark magic and custom, Rebecca and Todd fight for their marriage, their unborn child, and their lives.

With shades of 1997’s The Bride of Chucky and 2005’s The Skeleton Key, Restoration is by far one of the best Thriller Horror films to be released in recent years. It is a tight-paced film from beginning to end, with plenty of twists and turns to keep the viewer on the edge of their seat, and wondering what is really going on. There is nothing cliche about this film at all, when it seems the story is going in one direction, it soon whips around in another. In addition, the small cast blasts the film out of the water, adding a great deal of depth and reality to the story. 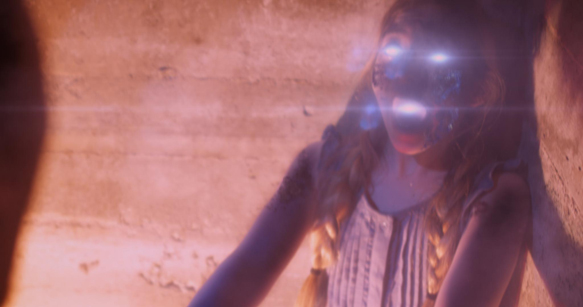 Complementing Restoration, the special effects are seamless, and blend well with the changing pace. The cinematography by John DeFazio (The Canyons 2013, She Sings to the Stars 2015) captures the creepy atmosphere and intensity in each scene. Ward is simply outstanding as he can shift from creepy to funny in the blink of an eye and pull it off, convincingly playing both good and evil. Much more can be expected of him. He applied his talented to most aspects of the film’s production, and if this is what comes of it, he should do many more. It is a must watch for all fans of Horror and Thrillers, an absolutely gripping story, worth watching over and over. CrypticRock gives Restoration 5 out of 5 stars. 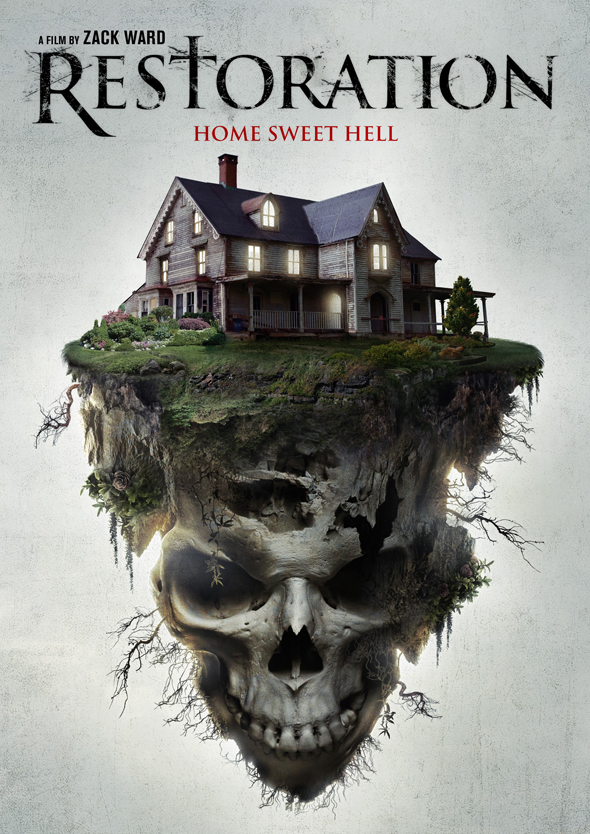