Does John truly see dead people? The new Thriller, Revelator, will reveal all when it hits major VOD platforms – as well as DVD via Amazon MOD – on Tuesday, September 5th via Midnight Releasing.

Some view John Dunning (J. Van Auken: Wildblume short 2013, The Dogs of War or That’s What Friends Are For 2017) as a strip-mall psychic who is a gigantic fraud, sure, but he does indeed see dead people. Tormented by his visions and haunted by the loss of his wife some six years previous in a tragic ferry accident, Dunning is wandering this world seeking refuge from his double-edged gift. When one of his biggest supporters, believer Margaret Bellvue, passes to the great beyond, Dunning will find his situation complicated ever-further, himself drawn into the darkest clutches of the infinitely wealthy Bellvue clan. 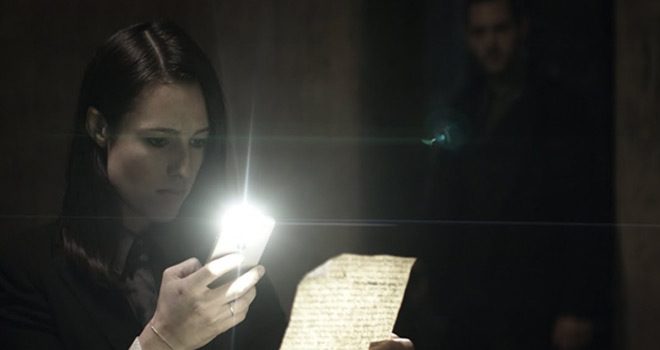 First there is former foreign correspondent Valerie Kreuger (Mindy Rae: The Undercard short 2012, Platonic Solid short 2013), now writing “list-icles,” or online articles stylized as lists, to survive in a world where publishing is a dying art. Intrigued by the possibility of a career-advancing story, Kreuger blackmails Dunning into working with her on an article about his travails. Little do the pair know that Dunning’s life is about to toss him an eerie one-eighty when he inherits Rangor Island from the deceased Bellvue.

Worth somewhere in the ballpark of forty million, the property is not going to fall to Dunning so very easily. Unfortunately, both Margaret’s brother Carmine (Greg Lucey: Child of the ‘70s series, Last Dance short 2017) and nephew Elias (Alex Klein: Community series, Guardians of the Galaxy Vol. 2 2017) have a massive stake in the claim to the land and its natural resources. Despite its cool price tag, Dunning wants the acquisition for one very simple, highly personal reason: no one has ever died there. 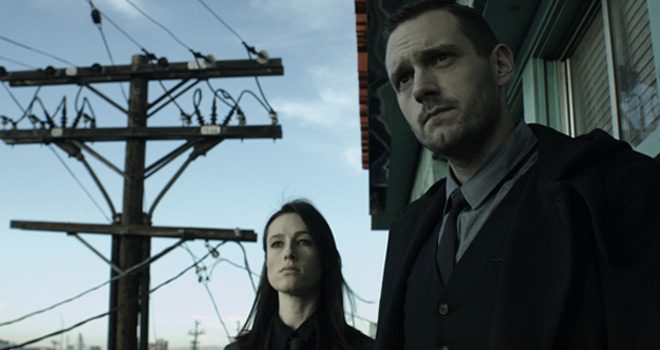 When Carmine cuts a deal with Dunning – to attempt to learn the truth behind the death of his estranged son Jacob (Nicholas Thurkettle: Reclaiming Friendship Park 2015, Cloudy with a Chance of Sunshine 2016) – Dunning and Kreuger will be unwittingly tossed into a murderous adventure that may hold more questions than answers. In the end, will Dunning merely be a ploy in a game of sadistic chess that the Bellvue clan are playing or can he solve the mystery of Jacob Bellvue’s demise? Clocking in at 109 minutes, Revelator was written and directed by Van Auken (1916 short 2009, The Last Cosmonaut short 2011), who also stars as the aforementioned main character John Dunning.

Revelator is an intriguing film, no doubt, and yet it moves at the pace of dripping molasses and offers very little in the form of action, adventure, or, well, anything thrilling. With a weak plot that is highly convoluted and ghosts that are just actors with wacky contact lenses, this is a film that simply cannot hold its viewers’ attention for the length of its prolonged duration. Which is not to say that there is no redemptive qualities here, there are – namely Van Auken’s own performance in the lead role of Dunning.

As psychic Dunning, Van Auken provides a kind of constant, wide-eyed intensity that far exceeds the majority of the ensemble cast; his performance is largely leagues beyond what is happening around him, leaving Van Auken to appear as an Academy Award-winner performing in an elementary school pageant. Not far behind is Alex Klein (as Elias Bellvue), equally committed to his role as the sadistic Elias. Playing off one another’s strengths and quirks, when Van Auken and Klein share the screen, Revelator strikes some of its most golden, truly tension-filled moments. 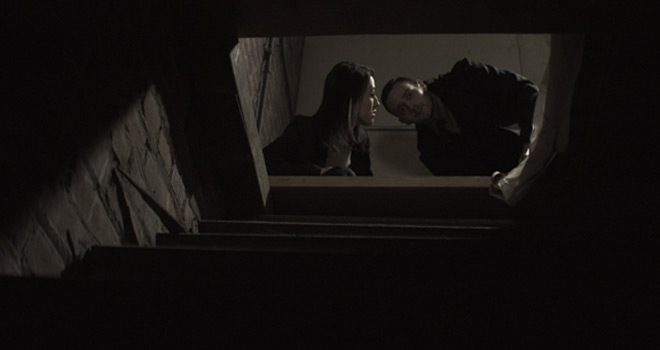 Revelator is an intriguing conundrum, a banal offering for the Thriller genre. A man who sees ghosts is nothing new – not particularly thrilling – and without the stellar delivery of Van Auken in the lead role this would be a solid miss. As it stands, Revelator shows a certain degree of promise for some of its cast and crew, yet the end result is a film that is not unwatchable but still utterly blasé. For these reasons, CrypticRock give Revelator 3 of 5 stars. 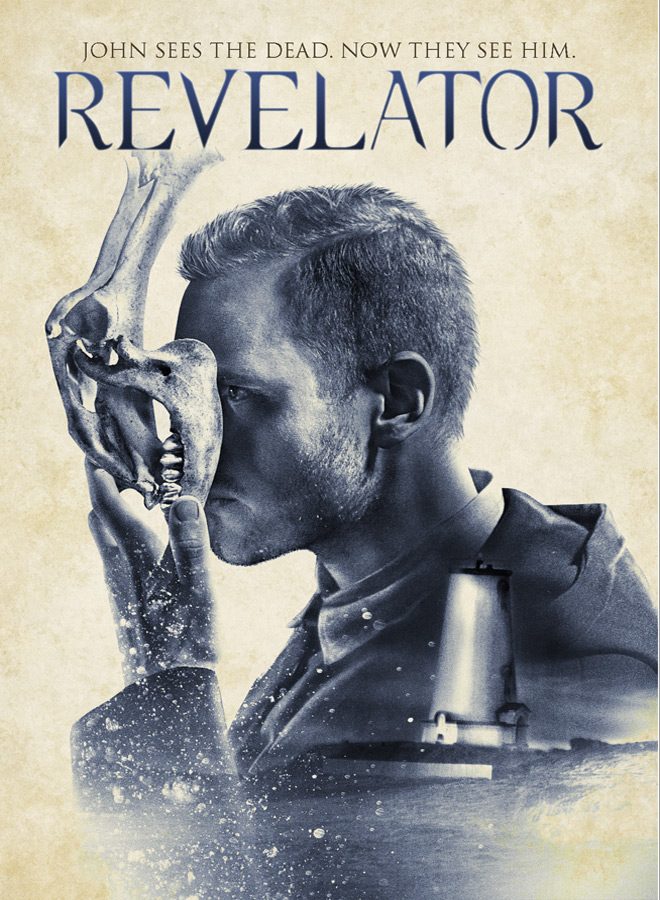 For more on Revelator visit revelationmachine.com