The Rift: Dark Side of the Moon (Movie Review)

Arriving on DVD on December 12, 2017 via Cleopatra Entertainment comes a Sci-Fi Thriller called The Rift: Dark Side of the Moon from the Balkans. Well, largely the Balkans. There were 6 production companies behind this film, with South Korea’s Morein Group, Slovenia’s BBO Star Productions, and Germany’s Media Plus being three of them. However, it would be safe to say this is a Serbian film, without being 2010’s A Serbian Film, thankfully. After all, it is shot largely in Serbia, with the three production companies – Viktorija Film, Digitalkraft, and Talking Wolf Productions – being Serbian. It was also directed by Dejan Zečević (The 4th Man 2007, The Enemy 2011), the youngest director in Serbia to have directed multiple feature films. So, there is some national pride at stake with this one. 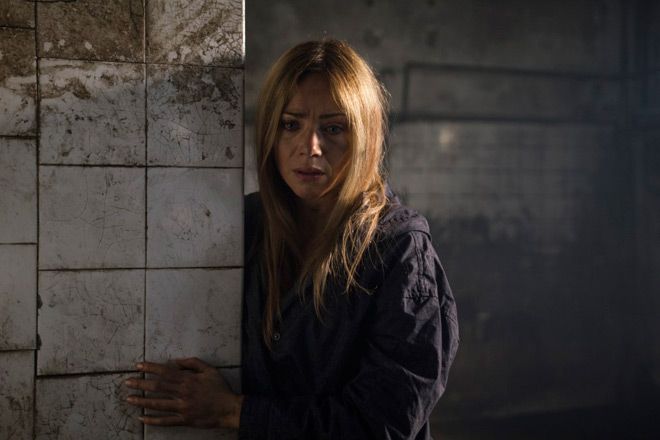 Written by Barry Keating (Wipeout 2048 game 2012, Killer Mermaid 2014) and Milan Konjević (Zone of the Dead 2009, Nightworld 2017) The Rift: Dark Side of the Moon is about Serbian agent Liz Waid (Katarina Čas: The Guard 2011, The Wolf of Wall Street 2013) and American agent John Smith (Ken Foree: Dawn of the Dead 1978, Leatherface: The Texas Chainsaw Massacre 3 1990) working together to investigate a reported satellite crash in Eastern Serbia. They head to the site, alongside a US astrophysicist named Dysart (Monte Markham: Airport ’77 1977, The Six Million Dollar Man series) and his handler Darko (Dragan Mićanović: Layer Cake 2004, Coriolanus 2011). However, what they find ends up being more inexplicable than they had thought.

The cast has a few big cult Horror names amongst its ranks. Foree is no stranger to the genre, having appeared in many classic Horror tales past and present. There is also a cameo from Mick Garris, the man behind the Showtime Horror anthology series Masters of Horror, as well as 1988’s Critters 2: The Main Course, amongst many other works. This was also the next big project for Čas after 2015’s Danny Collins and a few murder mystery TV series for the BBC. Will The Rift stand out as well on their resumés as their prior roles?

Long story short; no, it is unlikely to do so. Okay, it deserves more credit than that. It has more going for it than some rising stars and old favorites in the cast. Dimitrije Joković’s cinematography is nice, with some neat aerial shots of Belgrade and the countryside in the opening. Not to mention the dark, dingy shots of the creepy house in the woods that holds the horror of this piece. The CG effects are not bad either. Digitalkraft does animation as well as post-production, and they did a good-looking job with the moon and rift effects. The music has a nice, eerie, Electro Prog-Rock vibe to it. However, it gets too loud. It overpowers some scenes, and even threatens to cover up some of the actors’ lines. 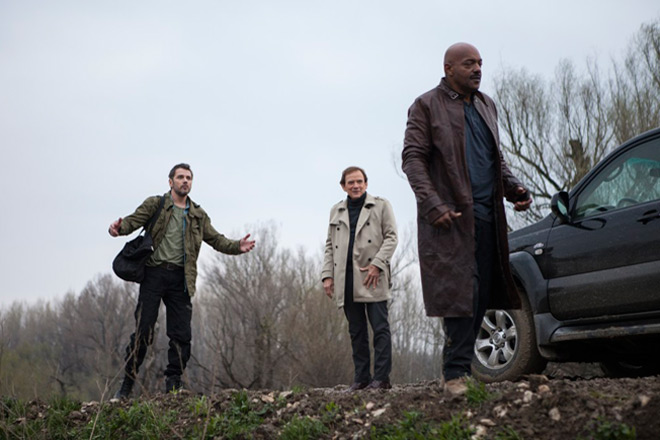 Speaking of the acting, the performances are largely on the level. Čas puts in the strongest effort as Agent Waid. She receives the most character development and backstory, and she makes the most of it. It may not be Oscar worthy, considering the familiar ground the character treads, but it is a solid performance. The same goes for Foree’s Smith, the firm, slightly unhinged one of the bunch. He does what the role calls for, and he does it well with little issue. Mićanović’s performance gets more interesting once the film’s threat makes itself known. He gets eerier and creepier enough to be a concern. Enough for the soundtrack to put a Johnny Marr-esque riff on at least.

Then there are the drawbacks. Markham’s Dysart is not up to snuff. The way he reads his lines feels like he is phoning his performance in. There are moments where it holds up, such as when he relates his backstory to the others. Overall, it just makes the character feel weaker than he should. With a little more oomph, it would have been an extra plus for the film.

The story of The Rift: Dark Side of the Moon is also stronger on the Sci-Fi than the Horror. The titular rift and its implications are intriguing. Waid’s budding connection to the spooky youngster Lazar (Denis Murić: No One’s Child 2014, Enclave 2015) is also touching in a roundabout way. The third act is not so grand though. The shift into Slasher territory is less mysterious than the preceding events. While the ending itself feels like the writers could not have come up with a better conclusion. It is kind of satisfying, though the way it gets there is a bit of an ass-pull. 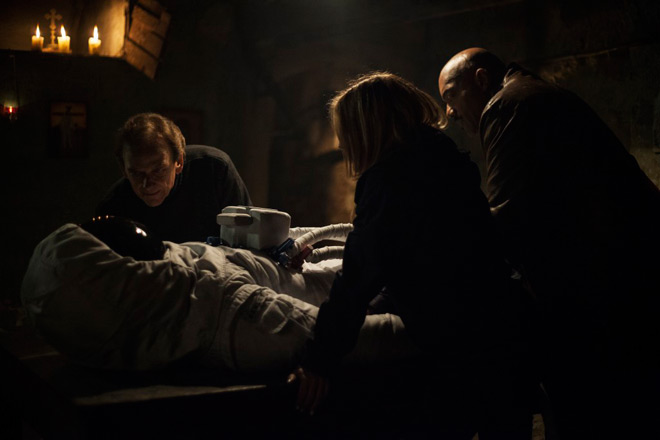 So, ultimately, The Rift: Dark Side of the Moon does not quite use its full potential. The camerawork is good, the effects are done well, and the acting and story are mostly solid. Yet the music gets too loud, Markham lets down the acting, and the story trips at the last few hurdles. It might have worked better with a little more polish. As it is, it is unlikely to be regarded as an underrated classic for Foree, Čas, Zečević, and company. However, it is not an absolute turkey either. It is, to make a different Sci-Fi reference, Mostly Harmless. For these reasons, CrypticRock gives this film 3 out of 5 stars. 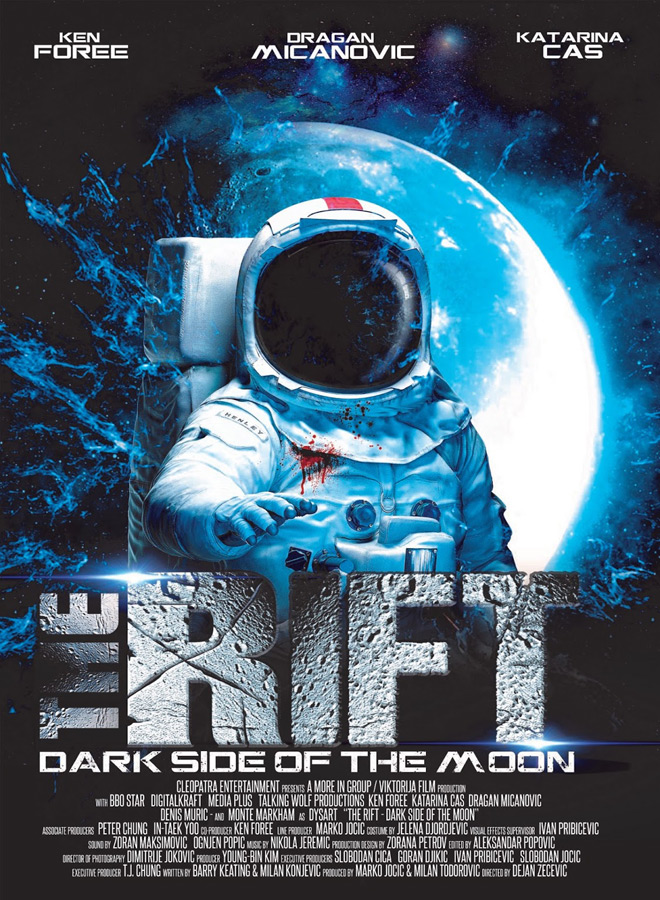 Purchase The Rift: Dark Side of the Moon: