Providing an early holiday treat for The Walking Dead lovers, on the weekend of December 13th-14th Walker Stalker Con 2014 came to Meadowlands Exposition Center in Secaucus, New Jersey.  Packed solid with an impressive list of past and present stars of the hit AMC series, the excitement did not stop once the convention floor closed at 7 PM on Saturday December 13th.  In fact, just as the doors were closing and patrons began to pile out, a select group of the mass decided to stick around to attend the Riggs Family Rock & Roll Show held directly on the stage propped amidst  everything.  An extra curricular event, complimenting the daily schedule, the Riggs Family Rock & Roll Show featured the budding young actor Chandler Riggs (Carl Grimes) along with his father Will Riggs’ band Jillhammer for a unique combination of Q&A and concert.  As if that was not compelling enough, Chandlers mom, Gina Ann Riggs, would act as the MC for the event, while his younger brother, Grayson Riggs, would partake as well.  Drawing in mothers, daughters, fathers, and songs, it was a family friendly gathering that had everyone buzzing with anticipation as they took their seats.

The Riggs family, native to The Walking Dead film location of Atlanta, Georgia, have quite an interesting story to tell about Chandler’s casting as Carl Grimes.  While many may assume it was an easy process for Chandler and his loving family, there is more than meets the eyes.  Starting his role as Carl Grimes at just ten years of age, Chandler’s journey began much earlier in pursuit of landing roles in films.   As wonderful illustrated by Mrs. Gina Ann Riggs, the family stood together, helping Chandler submit rehearsal videos to casters for a variety of films.  Sharing those rehearsal videos with the audience, fans watched in wonder as they saw Chandler grow before their very eyes in each passing clip.  It became apparent rather quickly that judging by the amount of films Chandler submitted to be cast for that he rolls with the punches, learning quickly that in the entertainment business one needs to withstand a lot of rejection.

Displaying more family home video of Chandler trying his wings at acting at very young ages, audience members smiled,laughed, and began to realize that the Riggs family is not much different than their own.  Chandler, clearly comfortable in his own skin, spoke honestly about experiences leading up to his role as Carl Grimes, while clearly expression a great deal of admiration and respect for his parents.  Coming across genuine and warm, Mrs. and Mr. Riggs told more stories of their journey to the willing crowd anxious to hear more.  Allowing the audience a chance to interact, Grayson Riggs was giving the floor to hand pick other kids from the audience whom wanted to come on stage for a fun game of cup-and-ball.  With Chandler becoming a modern teen icon, hands were held high as fans hoped to be picked to join in, and those who were had a grin plastered on their faces ear to ear.

Continue the fun, it was not just all a trip down member lane though.  Carefully balancing the event out, Jillhammer were given a chance  to rock out a handful of their original tunes.  Balancing the segments of talk with music, Will Riggs (bass/vocals), Chuck Polasky (vocals/guitar), and Rick Motes (drums) played tracks from their 2013 album titled Snagwaggle.  Enthusiastic to be performing, each member shined bright on their respected instruments as they pumped out a raw Rock-n-Roll sound with an undeniable groove.  Formed back in 2006, the band have built a chemistry with one another and their sound can best be described as a mix of Classic Rock, ’80s New Wave, Grunge, and a touch of Surf Rock.  Engaging the audience in their showcase, fans were all given a complimentary copy of Snagwaggle, signed by Chandler himself!  Interestingly enough, the album artwork features a photo of Chandler eating pizza.  Featuring twelve tracks all together, Snagwaggle is a worthy addition to any Rock fans collection.

As the evening moved on at a steady pace, without a down moment, the Riggs family wrapped up very nicely with a very valuable piece of advice, and that was not to believe everything heard on television or the internet.  Case and point, the tabloid television show TMZ found the Riggs family in an airport asking them questions about Chandler’s schooling as a young actor.  While Chandler answers the question stating his parents help him, TMZ simply cut the video to fit their needs, and portray Chandler as home-schooled, ridiculing him. Typical of the judgement commentary of TMZ, the truth is Mr. and Mrs. Riggs are both school teachers and Chandler does attend school like most other kids, but they simply provide supplement help to him while he travels.  So viewers of TMZ, next time they run a clip, take it with a grain of salt, as it may not always be accurate.

Wrapping up the Riggs Family Rock & Roll Show, each member of the audience was given the time to meet Chandler face to face, shake his hand or give him a hug, and take a photo with him.  Humble and grateful for the fanfare Chandler and his family waited until the very last moment to make sure each person had a chance to get a photographer with him.  This was certainly an event that warmed the heart and fed the mind with a stimulating look into the world of Chandler Riggs.  Not only a joy to attend, it was an education which perhaps inspired the younger members of the audience to believe in themselves to pursue an acting career or whatever endeavor they dream.  With that said, the Riggs Family Rock & Roll Show is a must see, so be sure to keep a look at the schedule of future Walker Stalker Con’s to check it out. 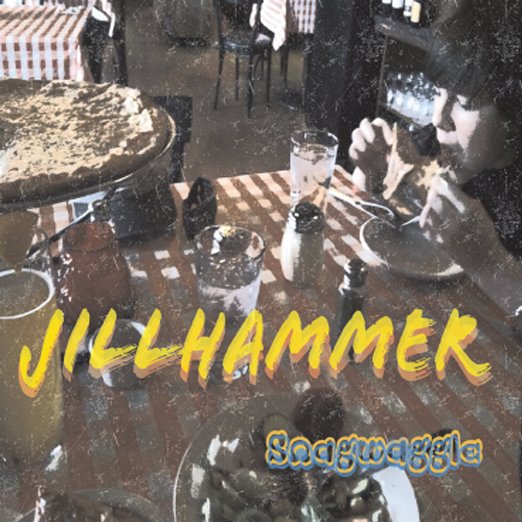