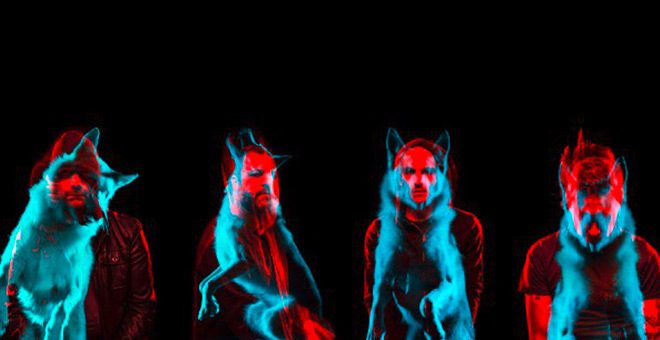 Coming onto the Punk scene nearly 20 years ago, Rise Against brought with them something fresh and raw. Yes, there were other bands before them who offered music with a message, but Rise Against’s arrival came at a time when the scene was stale, the cause commercialized, and the word Punk was nothing more than a trendy label. Giving this lackluster feeling a swift kick in the ass, with them came strong views, utilizing their music as a platform for fighting against social justices, for animal rights, environmental rights, and creating a wake-up call to would-be punks. Now that is what Punk Rock is all about, and they continue to stand strong as they prepare to release their new album, Wolves.

Before going further, it should be noted while the members of Rise Against have always sought what is right, it was not until the release of 2006’s The Sufferer & The Witness that their message really started picking up traction to a larger audience. Their most successful album at that point in their career, songs such as “Prayer of the Refugee” took a bold stand against child labor and capitalism.

Moving forward, songs such as  “Help is on the Way” off 2011’s Endgame was written in reaction to Hurricane Katrina and the Deepwater Horizon Oil spill. Tim McIlrath came up with the idea for this song after a visit to New Orleans and the slow response time for help in the disaster areas. Then there was “Make it Stop (September’s Children),” also from Endgame, a response to the mass suicides of teenagers who were bullied for being gay. For the music video, Rise Against teamed with the nonprofit organization It Gets Better Project aiming at preventing suicide within the LGBT community. What does this all mean? It means eight albums deep into a successful career, Rise Against are the real deal, always putting their money where their mouth is.

Which leads us to Wolves, set for release on Friday, June 9th, via Virgin Records. Originally planned for the title Mourning in America, on their eighth overall studio album, Rise Against seems to have broadened their path from their last release in 2014, The Black Market. In fact, Rise Against seemed to transform their more political based songs to something even more with Wolves. With this in mind, it should be noted that The Black Market was a turning point for Rise Against to focus more on the personal aspect of life and the world around us. For example, while songs like “Methadone” and “I Don’t Want To Be Here Anymore” seem to be more internally as well as relationship based, other songs such as “Sudden Life,” “A Beautiful Indifference,” and “The Great Die-Off” seem to call to us to stand up and start making a difference in this world.

Thankfully for dedicated followers, Rise Against has not wavered from their original messages – each album full of songs speaks to different people and different issues. This time around, Rise Against chose to go down a bit of a different path with Wolves, and instead of just speaking out on our differences, Tim McIlrath tries reaching out to everyone, pleading to find common ground. So, instead of everyone operating in different directions, the message is clear that we need to come together and act as one.

From opening of title-track “Wolves” to the closing of “Miracle,” these eleven new songs pack a punch! Lyrically speaking, “Wolves” tell us that we are not alone and that if we band together, we cannot be ignored. Hence the power in unity instead of divide, driving home the idea, together we are all unstoppable. Furthermore, the album’s lead single “The Violence” is equally as intense, speaking of all the things we thought could never happen to us, and how we need to go against the grain, and to fight for what is right; a perfect choice as a single.

Furthermore, cuts such as “Welcome to the Breakdown,” “Bullshit,” and “Mourning in Amerika” are songs that speak about how willing many people have become so complacent to what is going on around them. “Welcome to the Breakdown” is a punch in the face for everyone to stop just sitting back and begin to help make the change that needs to happen, or destruction is the inevitable end. Then, “Bullshit” is pretty self-explanatory while really pushing the idea that merely pondering solutions is not nearly enough to make a difference. “Mourning in Amerika” really speaks volumes of our complacency and how we all just seem to go through life fed by media, not really understanding how to function or live our own lives anymore. In contrast, songs like the single “House on Fire” are certainly more personal in approach. Lastly, “How Many Walls” is a standout moment with a even flow and composition that is akin to some of their earlier works.

Overall, Wolves, musically speaking, is a great, faster-paced album with beautiful guitar riffs and pounding drum beats. Tim McIlrath showcases a gritty, raw voice that blends so well with the music he, Zach Blair (lead guitar/backing vocals), Joe Principe (bass/backing vocals), and Brandon Barnes (drums) create together. The message is clear – what is it going to take to feel safe and how many times will we have to hear the same message before we do something about it? This said, Wolves can speak to everyone in a different way, but it calls on all to help break the mold, free themselves of oppression, and stand up! For these reasons, CrypticRock gives Wolves 5 out of 5 stars. 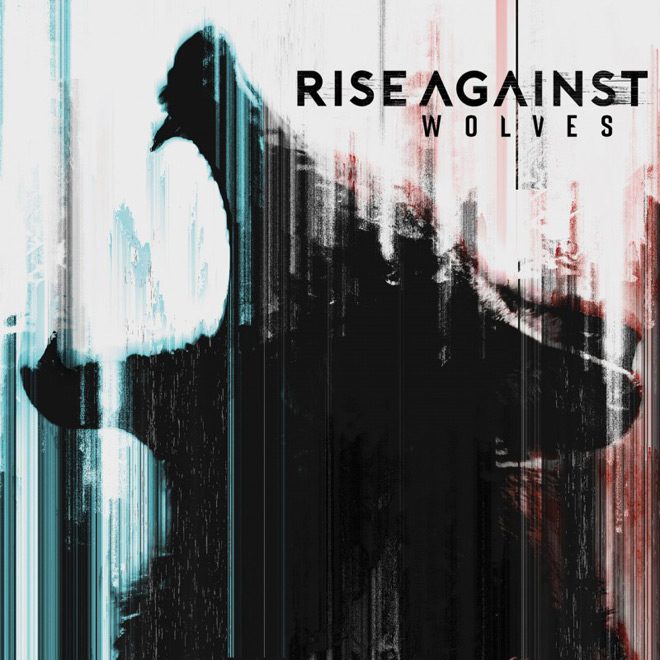