Ritual is a new horror film bought to us from After Dark Films. This marks the 14th After Dark Original film since they began back in 2011. Written and directed by Mickey Keating (Ultra Violence 2011), Keating chose to shoot the film predominantly from an observational point of view. 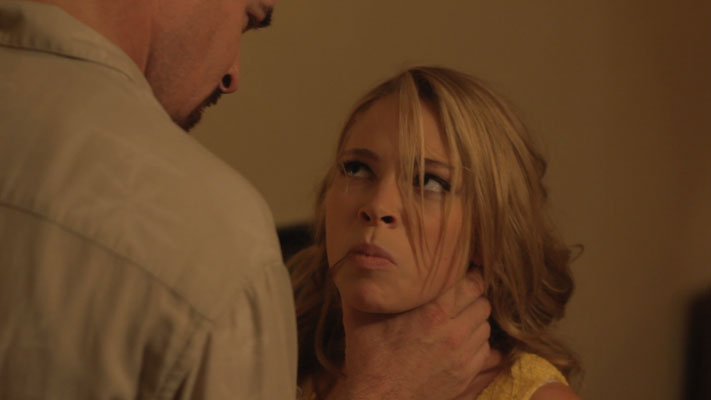 The plot unfolds as Tom, played by Dean Cates (Steel Valley 2005, The Assassin Project 2008, Freshman 2010), finds that the bonds of marriage are not easily broken after receiving a distressed phone call from estranged wife Lovely, played by Lisa Marie Summerscales (Walking in LA 2012, Water for Elephants 2011, Destroy the Alpha Gammas 2013). After travelling a distance during the harvest moon on Halloween to Lovely at a less than desirable highway motel Tom discovers that she has locked herself in a room. Reluctant to come out or let Tom in, after much coaxing, Lovely finally lets Tom into the room to a shocking discovery. Tom is appalled that Lovely appears to have stabbed and killed a man, played by Derek Phillips (Friday Night Lights 2008, 42 2013, Serum 2006 & the Jogger 2013), after meeting at a bar. It is hinted that this is not Lovely’s first dalliance, nor possibly her first killing, though this implication is not explored much deeper.

Lovely’s problems soon become Tom’s and initially their only concern is not getting caught at the crime scene. Tom spends some time outlining their options and decides to find out more about the dead man. A quick search of the man’s body reveals his intentions were less than honorable and Lovely’s own account seems to back this up. After playing a video tape that Tom finds in the man’s car along with a murder kit, they both realize the man has created more trouble for them dead than alive. 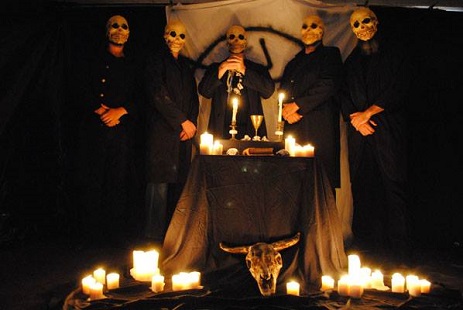 As the tension builds, the race is on for Lovely and Tom to get out of there before they are caught with the body; or worse yet have his friends come to finish what the man started. They are curtailed by Tom leaving his lighter in the motel room and the not quite dead man’s satanic cult friends probably are out looking for him. Tom and Lovely carry the first three quarters of the movie very well on their own before the introduction of their rather spooky undoing later on.

Ritual is aided greatly by the atmospheric musical score composed by Giona Ostinelli (The Campaign 2012, Abduction 2011, Most High 2012, Ecoviews 2009). Ostinelli’s soundscape helps the plot move quickly and really gives you chills up the spine during many scenes in the film. Ritual is a very well thought out original horror movie with a steady pace and plenty of suspense to keep viewers interested. CrypticRock give this movie 3 out of 5 stars. 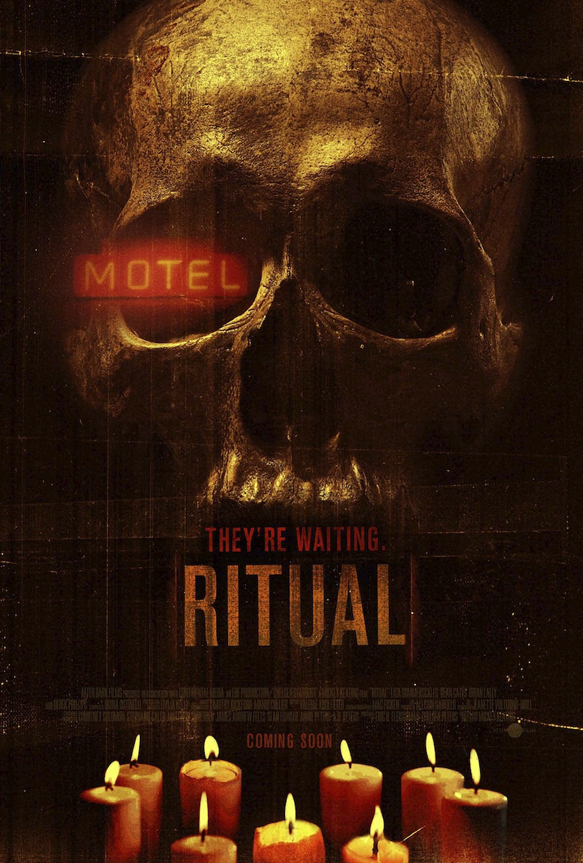