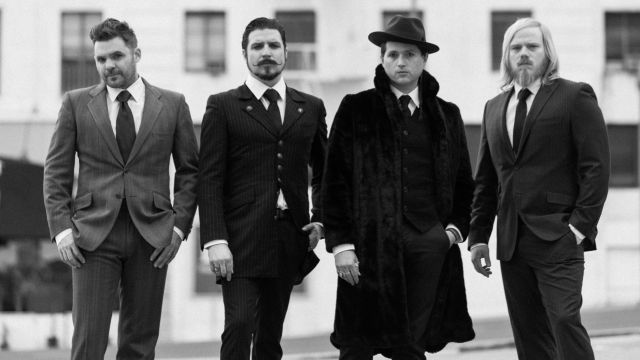 Hailing from Long Beach, California, Rival Sons is an American Rock band known for their throwback Rock-N-Blues style; beautifully combining the evocative sounds of Led Zeppelin and Deep Purple with their own polished cadence, making them a band as pleasing to newer Rockers as they are to Classic Rock station junkies. Signed to Earache Records, Rival Sons is bubbling with talent: comprised of founder Scott Holiday on guitar, Jay Buchanan on vocals, Michael Miley on drums and, replacing Robin Everhart, Dave Beste on bass, with Ikey Owens taking a break from touring with Jack White to tickle the keyboard keys on a few songs. Kristen Rogers also does some beautiful work on the backing vocals of the last track. Released June 6, 2014, their newest album, Great Western Valkyrie, continues to deliver the fuzzy guitars and psychedelic beats listeners come to expect from Rival Sons, but they have taken this one up a notch to send it caterwauling onto new, uncut ground. Great Western Valkyrie opened at #1 on the US Billboard Heatseekers Chart, #1 on the UK BBC Radio Rock Chart, #3 on the UK BBC Radio Indie Chart and #38 on the USA Rock Albums Billboard Chart.

Rival Sons are a throwback to the spirit of the 1970s in more ways than one. Not only do they revel in those buzzing guitar riffs and lilting vocals so popular from that time, but their approach to recording the actual music is reminiscent of an older way of thinking. Rather than rewrite and overanalyze, the boys walk into the studio with a few lyrics or a melody and go from there. The songs are literally being born as they jam in the studio and everyone puts their own spin on how they think something should sound. Like a fly on the wall, the listener can feel the creative spark as it happens.

The opening track, “Electric Man,” comes in with a heavy and raw edge. Although he says he has no interest in capturing the ‘70s, Buchanan’s vocals and Holiday’s Hendrix-like guitar riffs cannot help but send one back to a time of tie-dye and burning draft cards. The fun, hard-edged vocals and jangling tambourine in “Good Luck” send the listener on a virtual road trip with Peter Fonda and Dennis Hopper. “Secret” rolls up with a kick in the head, mixing an eerily Robert Plant-sounding Buchanan with passionate guitar riffs that blends amazingly with the drumming backbeat from Miley. “Play the Fool” draws on the hair band era, with Miley pounding on those drums and an awesome guitar solo towards the end, held together with a 21st century era hook. A slow, dreamy track, “Good Things” is a psychedelic trip through The Doors, haunting in its simplicity. “Open My Eyes” twists the audience into a knot right from the beginning with a heavy, thudding beat, pleading vocals and a growling bass. “Rich and the Poor” feels like a trip down the rabbit hole, with only dark pleasures to be found, pleading to let him show fans “how babies are made.” Ripping right in with a chain-sawing guitar, “Belle Starr” does not pull any punches, chopping away at anything in its path, then pulls back for a slow, trippy chorus, only to grind right back up into those rock hard guitar riffs. “Where I’ve Been,” the only ballad on Great Western Valkyrie, sails along with smooth, creamy vocals and dark yet cathartic lyrics that makes this one of the more passionate songs on the album. The last song on the album, “Destination On Course” is one of Holiday’s older songs, twisting up into an asymmetrical, psychotic, slow jam. The backing vocals of Kristen Rogers are as sensual as they are mystical. 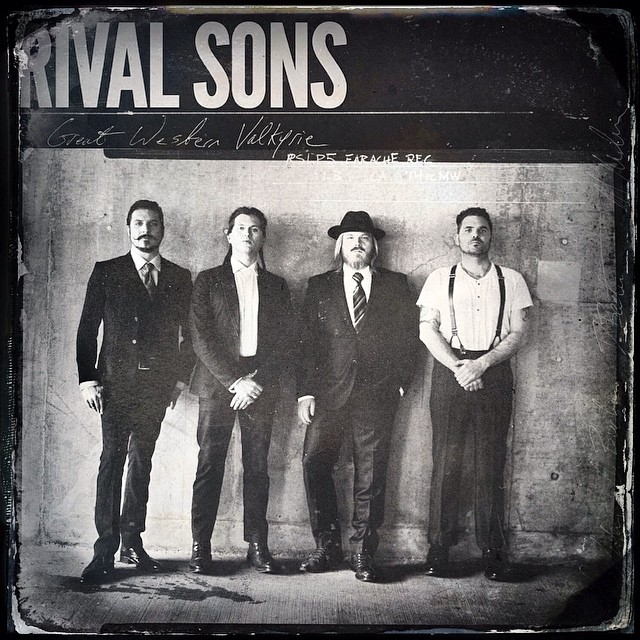