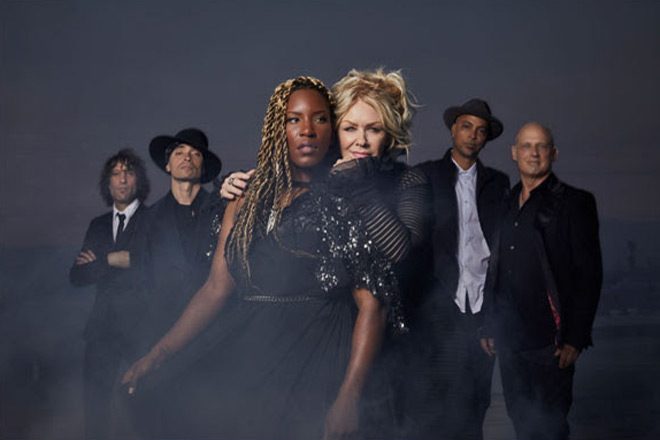 It is rare for debut albums to pack a serious punch, but considering Roadcase Royale’s stellar lineup, it is no surprise that the band’s first record is packed with catchy, soulful Rock tracks. Appropriately titled First Things First, Roadcase Royale has put together a collection of timeless-sounding songs that combine the styles of its legendary members.

An exciting new endeavor, leading the charge is Liv Warfield, a member of Prince’s New Power Generation with unmistakable vocal abilities. You also may have heard of Nancy Wilson, best known as one of the founding members of Rock and Roll Hall of Fame group Heart. Together, these two powerhouse women serve as Roadcase Royale’s backbone, and they are joined by Lead Guitarist Ryan Waters and fellow Heart members Dan Rothchild (bassist and producer), Ben Smith (drums), and Chris Joyner (keys). Together, they have crafted a promising debut, released September 22, 2017 on Loud & Proud Records, that combines Rock and R&B sounds with a classic flare.

First Things First kicks off with its lead single “Get Loud,” a more mellow track with an acoustic groove that allows Warfield’s soulful vocals to form the song’s backbone. “Get Loud” features inspiring feminist lyrics that inspire women to use their voices to protest and fight for their right. The song has Punk sensibilities with more classic Rock/R&B sounds. Though the song itself is not as loud as its title implies, Warfield’s heartfelt, belted vocals are enough to drive the message soundly home.

Though “Get Loud” is more acoustic than Hard Rock, there are plenty of tracks on First Things First that turn the volume all the way up. “Not Giving Up” is powered by twanging electric guitars and punchy drums rounded out by Warfield’s flawless vocal performance. The song shifts from its R&B verses and builds up to an explosive chorus to make one of the album’s most memorable tracks. In fact, Roadcase Royale are at their best when they focus their talents into creating a more boisterous sound as heard on audacious anthems like “Insaniac” and “Mind Your Business.”

However, that does not mean that Roadcase Royale are not capable of crafting some thoughtful subdued jams, too. Fans of Heart will definitely take to “Hold On To My Hand,” a slower ballad with Classic Rock flavor where Warfield is allowed to express her vocals to the fullest. Heart fans will also be thrilled to hear new renditions of one of Heart’s best known tracks, “These Dreams,” and along with “The Dragon,” one of Wilson’s own. While Wilson takes the lead on these tracks, they are given new life with the addition of Warfield’s vocals. This new version of “These Dreams” tosses out the ’80s flare of the original and replaces it with acoustic guitars, giving this classic a contemporary sound.

Whether you are a Heart fan or not, First Things First is an album that mixes vintage Rock sound with splashes of grooving R&B to create something new and exciting. There is no doubt listeners of these genres will find something to love in this debut, and it is exciting to think where Roadcase Royale will go next. For these reasons, CrypticRock gives First Things First 4 out of 5 stars. 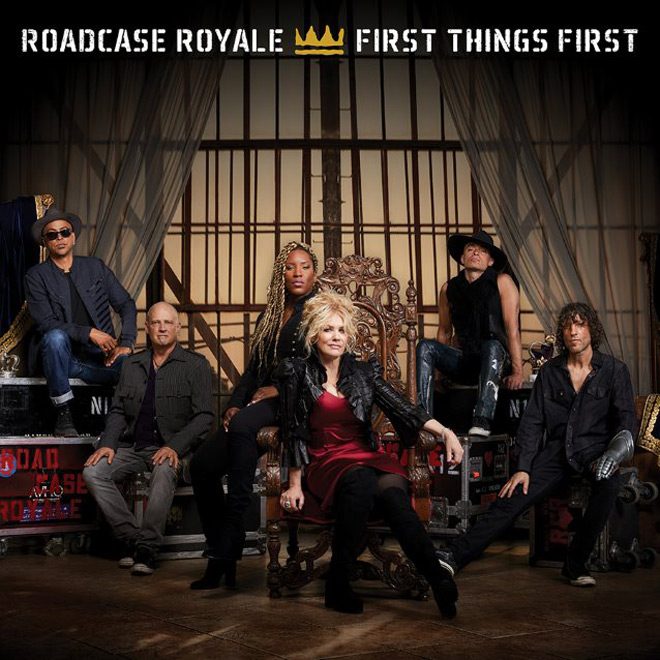