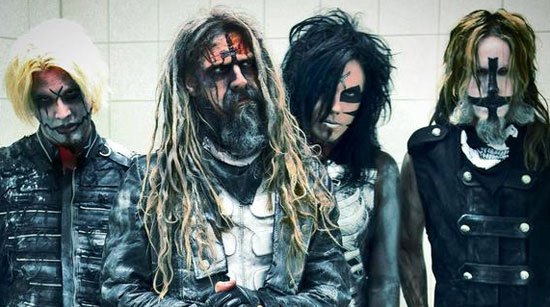 Performing arts is one of the most fascinated and demanded in its kind; requiring nothing but raw talent and a mind of steel to get the job done, there are no limits to what can be created. For Robert Bartleh Cummings, better known as Rob Zombie, the only restrictions to his innovation were those he set himself. Choosing to push through the doubts and setbacks, Zombie rose to his own occasion and chose to be the best version of himself, doing the only thing he knew how to do; create.

Taking on huge roles as a musician, director, screenwriter, and producer, whatever Zombie wanted, he went out and got it. Getting started by co-founding Heavy Metal band White Zombie, back in 1985, based in New York City, this was his first taste of rockstardom. Soon drifting away from the band, Zombie decided to give a go at being a solo artist; releasing the single “Hands Of Death (Burn Baby Burn)” with Alice Cooper in 1996; going on to receive a Grammy nomination. Just two years later, the release of his debut solo album, Hellbilly Deluxe, brought the spotlight right back where it belonged. After an unsuccessful attempt at directing, Zombie released three more albums, and took another shot at directing before completely deciding to jump into and focus on the film industry.

Working on his most popular movie to date, 2007’s Halloween, a remake of the cult classic, Zombie became known for his Horror and trepidation; with growing success, he was never able to match that of future films. Returning to music years later while working with film on the side, Zombie has released a plethora of noteworthy work, all while staying true to his stature. Now a couple decades into his prosperous career, Zombie decided to take a step further with the release of The Electric Warlock Acid Witch Satanic Orgy Celebration Dispenser, out to the public April 29th, via T-Boy Records.

Making up the band, members John 5 (guitar), Piggy D (bass), Ginger Fish (drums), and Zeuss (piano) all come together to create a sinister compilation of their creativity and minds. As every song warrants its place on the album, they all begin or have some sort of talking within the piece, grasping attention and better explaining to purpose behind the track. “The Life and Times of a Teenage Rock God” is the tour de force of the album. Completely catchy and memorable, any Zombie fan will be instantly enticed and certainly hooked after this track. With its Heavy Metal background and highlights of a live show, showcasing screaming fans, this piece raises the bar for the rest of The Electric Warlock Acid Witch Satanic Orgy Celebration Dispenser.

The first single heard by fans back in January, “Well, Everybody’s Fucking in a U.F.O.” is an introspective delight. Going in a different direction, this track has somewhat of a Country Rock feel, taking aspects from Rockabilly; showcasing a vide variety of their talent. Taking a shift in the album, “A Hearse That Overturns with the Coffin Bursting Open” is a beautifully haunting instrumental interlude, featuring John 5 on guitar.

Jumping back into the upbeat music, “The Hideous Exhibitions of a Dedicated Gore Whore” is a track all about whores. Showcasing heavy guitar riffs, synth, and Zombie’s raspy vocals, this piece will be sure to please listeners. Jumping to “Medication for the Melancholy,” this track is fast-paced, highlighting Rob Zombie’s skills in Electronic styles. From start to finish, this track keeps listeners entertained and ready for the rest of the record. Sticking with their catchy melodies, “In the Age of the Consecrated Vampire We All Get High” is sure to get listeners off of their feet. Upbeat and bold, this piece takes aspects from each song thus far and combines it into one.

Full of raw energy and intensity, “Get Your Boots On! That’s the End of Rock and Roll” is completely attention grabbing with its melodious attributes and jaw-dropping instrumentation; giving any listener just the right amount of fulfillment. Closing out the album is “Wurdalak,” the longest track of the album. Ending the track with a woe-filled piano part and thunder, listeners will be ready to re-listen to the entirety of the album again. 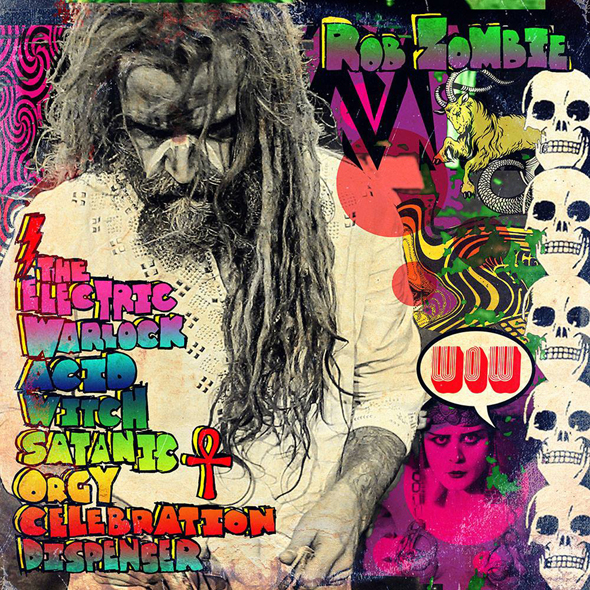