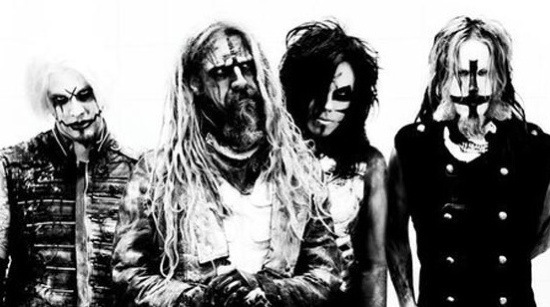 Rob Zombie is one of the most well-known names in the rock/metal industry. Zombie has kept himself busy over the past 3 decades. Formerly of the legendary band, White Zombie, and a film director, film producer and screen writer Zombie has kept himself busy over the last three decades. Since his first studio, Soul-Crusher (1987), Zombie has not slowed down. After White Zombie officially disbanded in 1998, Zombie went on to even bigger success with his first solo album entitled Hellbilly Deluxe. The record took over rock radio stations with popular hits like “Dragula” and “Living Dead Girl”. 15 years later, Zombie reminds fans that his world has no boundaries and rules do not exist while pumping out a series of outrageous albums and films. Returning with new music for the first time since Hellibilly Deluxe 2 (2010), Zombie unleashes a fantastic roller coaster of freak rock entitled Venomous Rat Regeneration Vendor. The world was given a taste of the new spawning back in February 2013, with lead single “Dead City Radio and the Gods of Supertown”, a true to form offering with keyboards and tambourine. Bringing back his best supporting cast of Ginger Fish (drums), John 5 (guitar), and Piggy D (bass) assure fans Venomous Rat Regeneration Vendor will be a blast.

The carnival begins with “Teenage Nosferatu Pussy” just how you would expect, with guitar riffs raining down like fiery lava from an erupting volcano, ground shaking bass, followed by mood setting synthesizer. Lyrics like “I am a shadow, I am tomorrow, I am a hero with a buggy whip. I am so hazardous, my name is Lazarus, I am a pirate on a devil ship” are just the beginning of a wild mind twister in classic Rob Zombie form. Tracks like “Revelation Revolution” and “Ging Gang Gong De Do Gong De Laga Raga” have an upbeat tempo giving you the ever so addictive temptation to move like most of Zombie tunes do. Then there is “Rock and Roll (In a Black Hole)”, opening with a simple electronic beat storming into a loud mosh inducing chorus.

Just when you thought Zombie had no more tricks up his sleeve, he proves you wrong. Originally released July 15th, 1973 by Grand Funk Railroad, ” We’re An American Band” has become a rock classic. Yes, it has happened, Zombie throws you a cover of the track. Not a song expected to be a single, but Zombie pulls it off perfectly, adding a raving element to the song with badass gruff vocals, and an arena arousing sound. Keeping the record consistent, “The Girl Who Loved the Monsters” paints some vivid imagery. B-rated horror movie lovers will eat this one up and it’s perhaps one of the most memorable songs on the record. The madness closes out with the morbid sounds of “Trade In Your Guns For A Coffin”.

The more time Zombie is given to explore his own mind the better the music. The guitars are loud, dirty, and some of John 5’s best work since joining up in 2005.  Sadly, while some fans did not embrace the experimental album Educated Horses (2006), a steady progression has led to Venomous Regeneration Vendor, surely to satisfy most.  Lyrically it’s always difficult for the average listener to decipher exactly the message, but that’s always been Zombie’s niche. With an array of obscure film references it gives more inquisitive listeners a chance to do some research and find out the meaning of Zombie’s witches brews. As always there are plenty of obscure film  clips throughout the album, sure to please the horror and sci-fi buffs. Catchy, theatrical, and fun, Venomous Regeneration Vendor could be Zombie’s best work since Hellbilly Deluxe (1998). CrypticRock give this album 5 out of 5 stars. 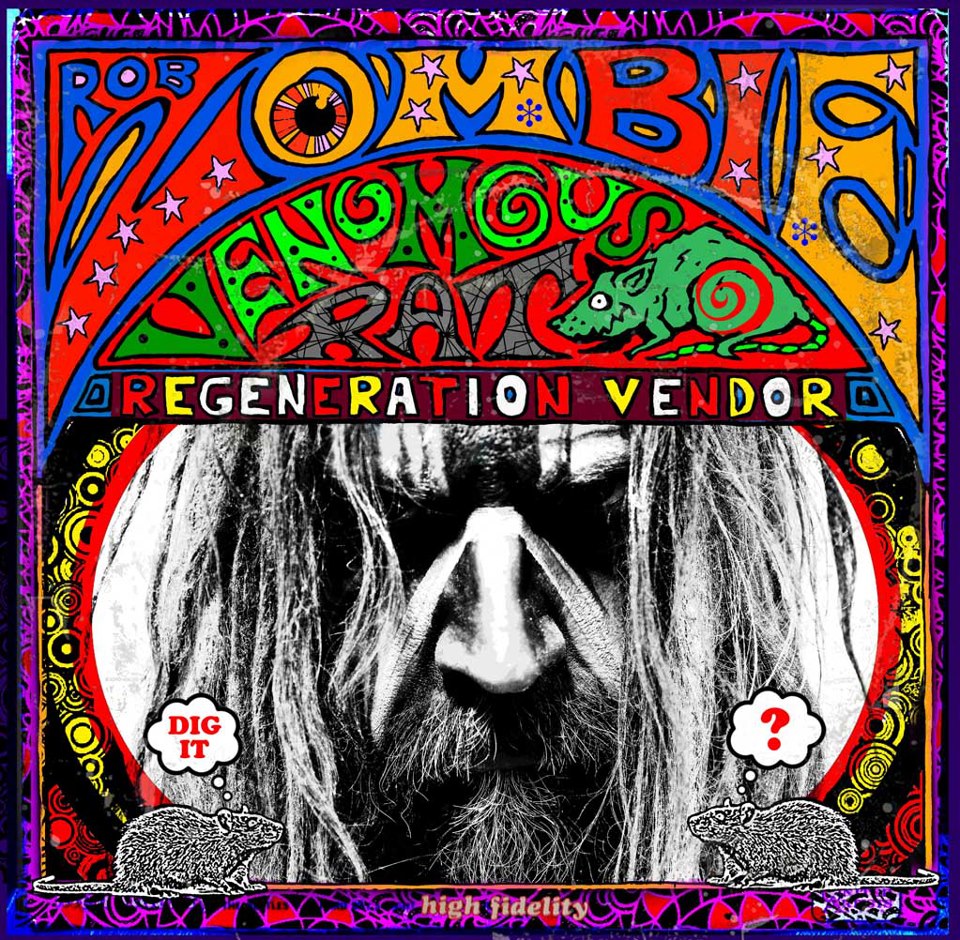