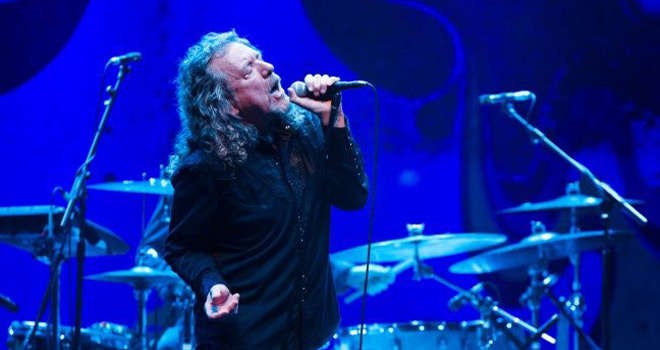 Wow, time sure does fly! In fact, it has been nearly 2 years since October of 2016 when Robert Plant & the Sensational Space Shifters lit up the Los Angeles stage with a live concert at the Inaugural David Lynch’s Festival of Disruption. Created as a fundraiser event for David Lynch’s Foundation, the historic event was designed to showcase artists across film, music, and art genres. Naturally bringing in Rock legend Robert Plant along with the Sensational Space Shifters was a no-brainer since the musical project’s sound unifies African rhythms and melodies, Rock-n-Roll, and Folk roots. That in mind, the great news is that special concert event finds its way to DVD and Digital Video on Friday, February 9, 2018 thanks to Eagle Rock Entertainment!

Chronicling this historical concert that was recorded live on October 8, 2016 at the Ace Hotel in Los Angeles, California, proceeds from the sale of this DVD will benefit the David Lynch Foundation. With this mind, let us take a closer look at the concert event everyone is going to want to have for their home collection.

The English Rock Star legend Robert Plant needs no introduction for he is the signature vocals for Led Zeppelin. One can simply close their eyes and readily identify him just by his voice. Performing with the Sensational Shape Shifters since 2012, the wheel spokes of the band are Liam “Skin” Tyson (guitar), Justin Adams (guitar), Billy Fuller (bass), John Baggott (keyboards), Dave Smith (drums), and Juldeh Camara (African fiddle).

Dressed in their black hued finest, the band members strode on stage in high gear, on high octane, and mesmerized the crowd gathered with a kaleidoscope of musical tones and Robert Plant’s signature vocals that reverberated off the walls and into every aural cavity. This frontman’s signature vocals and magnetic personality has always a drawn huge crowd since forever, and this 2016 concert was certainly no exception.

Onstage, the band invigorated beloved Led Zeppelin tracks, performing “Black Dog,” “Babe, I’m Gonna Leave You,” “Whole Lotta Love,” and “Going to California” with their own unique sound stamp. From various crowd shots, it is easy to see those in attendance were visibly impressed by the band’s authentic take on the classic tunes. Additionally mixing in solo material, including “Turn It Up,” “The Enchanter/Rainbow,” and “Little Maggie,” Plant, with his long locks of curly hair, held the microphone as a familiar friend and belted out each note with passion as well as tonality that is only experience can cultivate.

As the camera eye continued to circle around the sold out event, it is also boldly evident that there is a bond between Robert Plant and the crowd. He sang, spoke conversationally, and everyone listened. A very unique experience, many are shown swaying with the beat to favorite tunes while enjoying the carefully choreographed melodies of the guitars, banjos, and assorted African instruments. Creating a definitive hypnotic sound with psychedelic undertones, it is not only intoxicating in its freshness, but impossible to forget.

If that was not enough of a reason to purchase the DVD, it also includes bonus features narrated by David Lynch including one on creativity, meditation, and yes, music! As for Robert Plant, he is like a bottle of excellent wine blending with the natural sound of his band. His aural bouquet is nothing short of superb while he and the Sensational Space Shifters tap into the primal part of the brain and soothes the soul. So, snatch up this amazing DVD and kick back your heels this weekend, turn on the remote and relive the concert of a lifetime in the comfort of your own home. That is why CrypticRock gives Robert Plant & The Sensational Space Shifters Live At David Lynch’s Festival of Disruption 5 out of 5 stars. 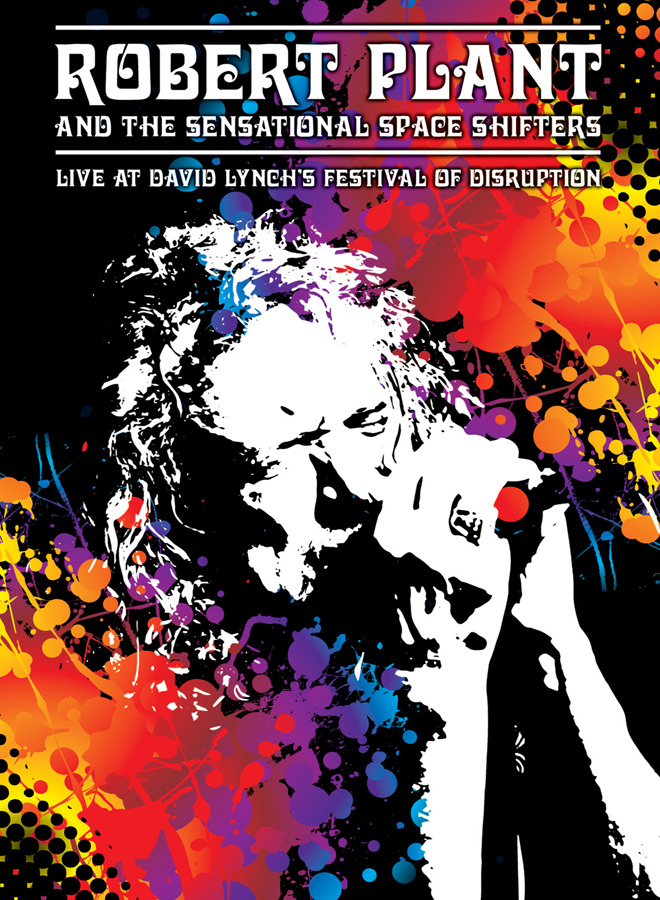