Tis the season for Horror conventions with Halloween just around the corner. Unifying fans’ love for Horror and music is New England’s Rock and Shock held in Worcester, Massachusetts.  Celebrating its eleventh year running as the place to be for the ultimate in thrills, chills and Rock-n-Roll, Rock and Shock was held over the weekend of October 17th-19th at the DCU Center with plenty of vendors, celebrities, and treats for both Horror and music fans alike. One of the only annual events of its kind in North America that is a convention by day and concert by night, 2014’s edition was loaded with fun everyone was dying to see. 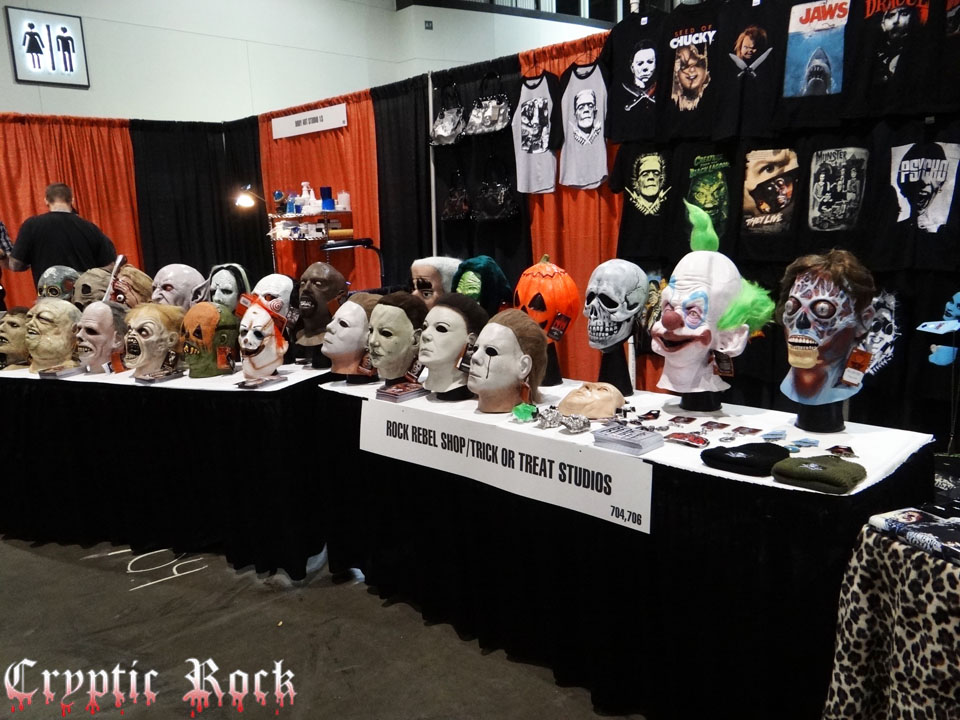 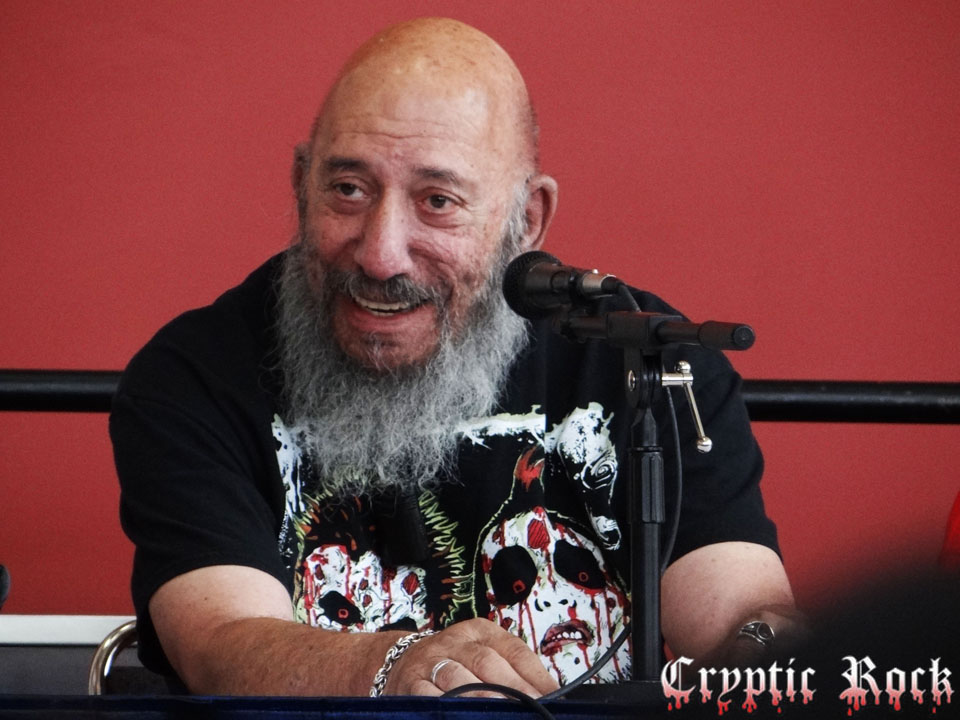 The fun did not stop with famous faces though; there was rows upon rows of vendors selling their wares, from the brand new Sublicon, to old hats, to Living Dead Girls. There was something for everyone in this crowded maze of obscurity. There were also common items like t-shirts, keychains, figures and prints, to more esoteric novelties like whiskey flasks, coffin nails, soap dispensers and even preserved pigs in jars. There was a booth where one could pet an alligator or hold a tarantula, see Santa Claus in a coffin or get custom made vampire fangs. At one point, a Chihuahua wearing goggles drove by spectators in a convertible just to prove how much bizarre fun this weekend really was. 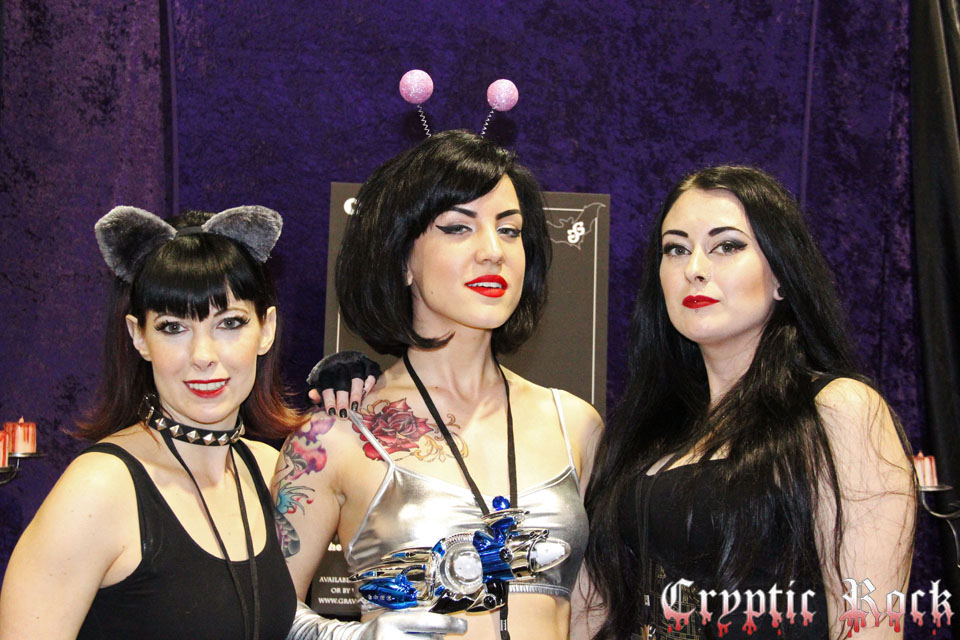 Not to be outdone, the Creative Lair section of the convention attracted those who wanted to find a way to put their own personal touch on life. There were zombie makeup effect classes held by A Bloody Mess, Live Model Drawing classes offered by Inebri-Art, publishing workshops, and arts and crafts for young and old alike. There was even a talk led by a squirrel, who explained to attendees how he got his start in his own Spooky Skwerl Stories. There is no doubt than one person walked out of the DCU Center Rock and Shock 2014 with a new form of artwork to take home.

With so much on the schedule to do, the panels were some of the highlights of the weekend. Justin Beam of Fangoria Magazine gave an informative talk on The State of Horror. Victoria and Jody Price, the daughter and grandson of Vincent Price, told some wonderful stories about the Horror industry’s iconic actor. Fans even got to ghost hunt with Steve Gonsalves, play with Chucky, and have a conversation with “Rowdy” Roddy Piper. There was a surprisingly emotional talk with the cast of The Frighteners, a preview of Kane Hodder’s new web based reality series The Killer and I, and some hilarious stories from the set of Twiztid’s “Sick Man” music video shoot. New Englanders even had a chance to take a trip back to the place where everybody knows their name with John Ratzenberger. All in all, a lot of information was shared, stories were told and questions were asked, and in the middle of it all, tons of laughter was had by all. 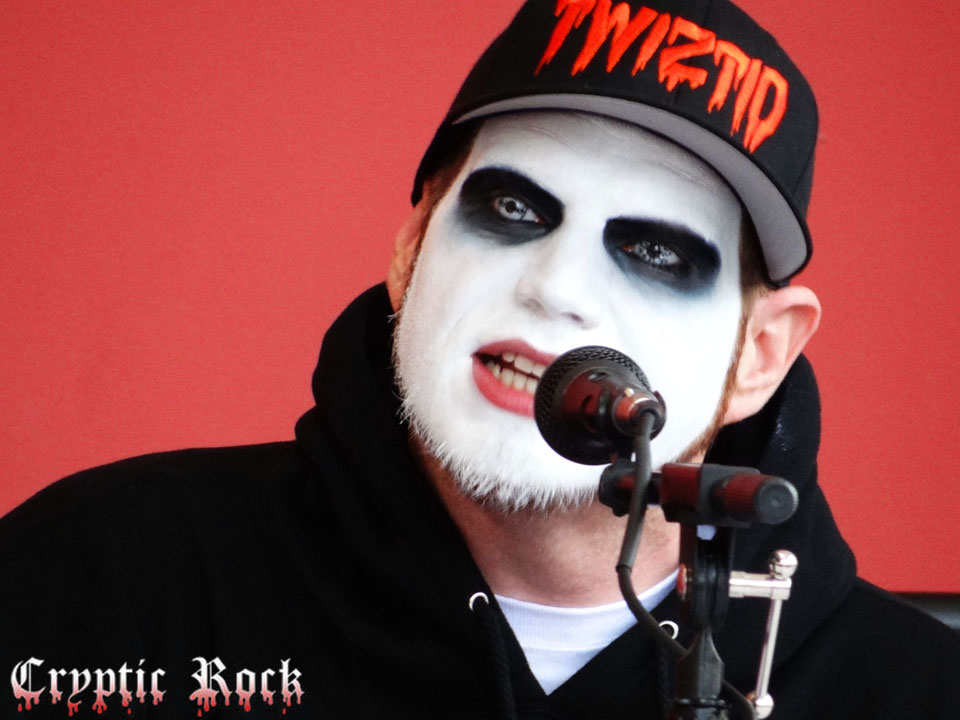 Jamie Madrox of Twiztid at Rock and Shock 2014

While the convention was a perfect place for fans to meet their favorite stars, it was also a place to see some interesting new Horror films as well.  In fact, quite a few films were shown this weekend, both shorts and feature length.  Some included Dead Snow 2: Red Vs. Dead, the sequel to the 2009 Norwegian sleeper hit Dead Snow, which was introduced by star Derek Mears. There was even a showing of the director’s cut of 1990’s Nightbreed that brought in quite a few fans of the Clive Barker favorite, and “The Black Cat” episode of Showtime series Masters of Horror, introduced by none other than Jeffrey Combs. Some highlights of newer films observed included the hilarious Summer of Blood, a must see for vampire fans, and Wolfcop which will make werewolf lovers scream with frightening laughter. Looking into the future, a sneak peek of Almost Mercy (2015) gave fans a glimpse of Kane Hodder and Bill Mosely as the sane guys for once and a couple of teens playing the psychos, flipping the tables on fans. Meanwhile the short films were plentiful, with The Horrors of Autocorrect and Dead Therapy being highlights of those shown over the weekend. 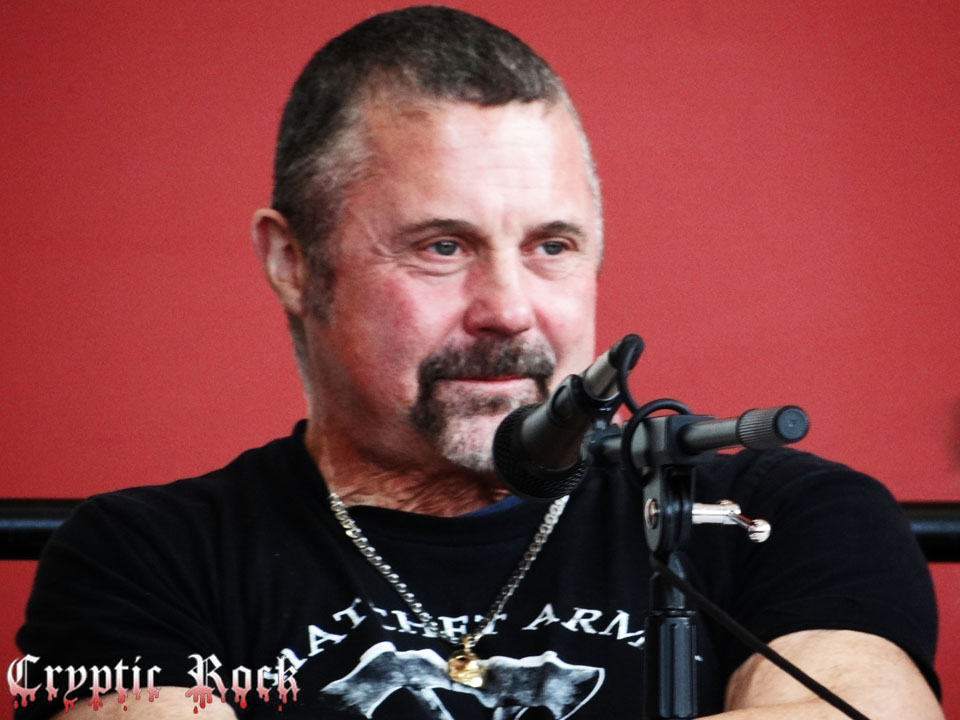 Kane Hodder at Rock and Shock 2014

The eleventh Annual Rock and Shock Music and Horror Convention made for a very entertaining and creepy weekend for all ages. Fans showed enthusiasm and some traveled from other parts of the country as a tradition to spend the fall weekend at Rock and Shock.  With this year’s guests, panels, films and workshops, one can only imagine what the producers of the 2015 Rock and Shock will have in store. 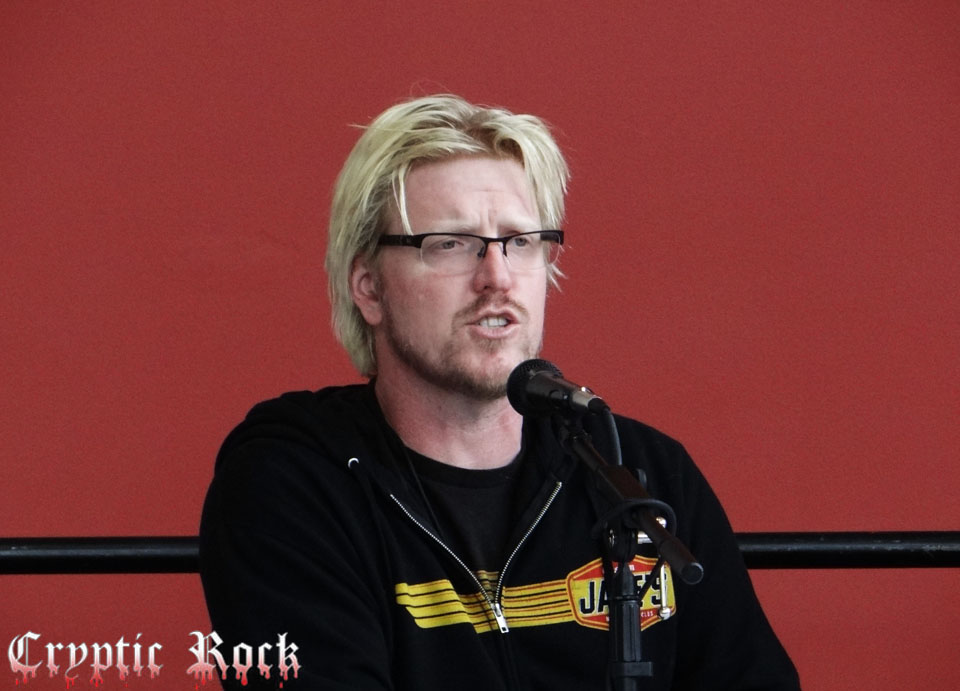 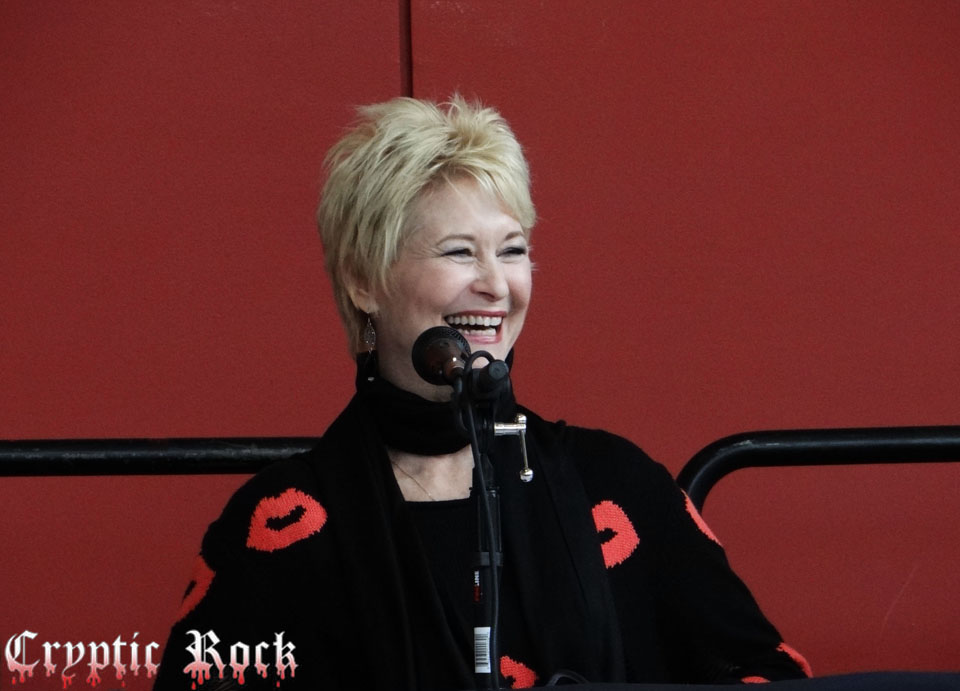 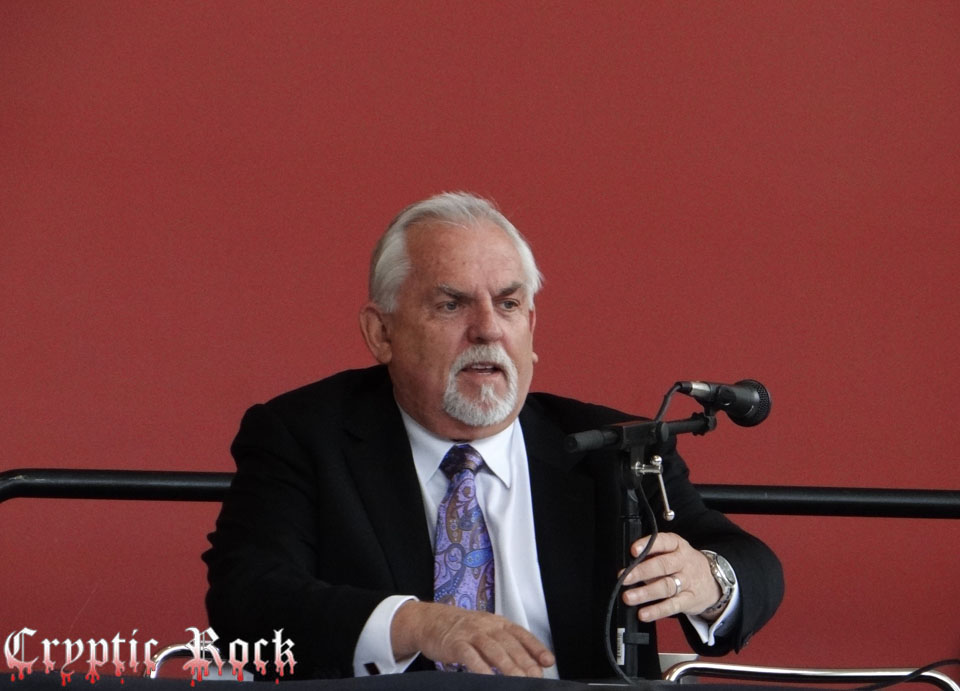 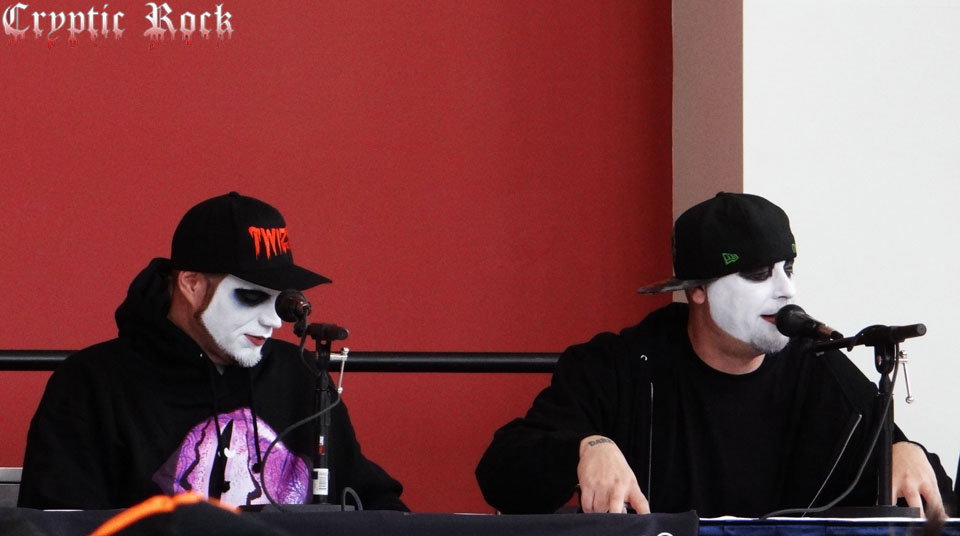 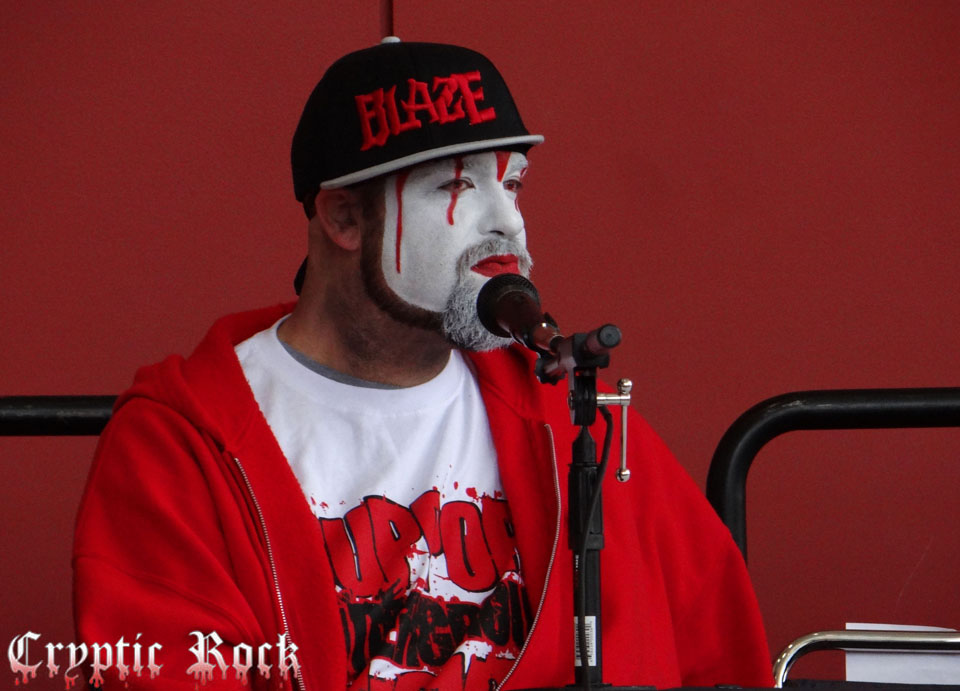 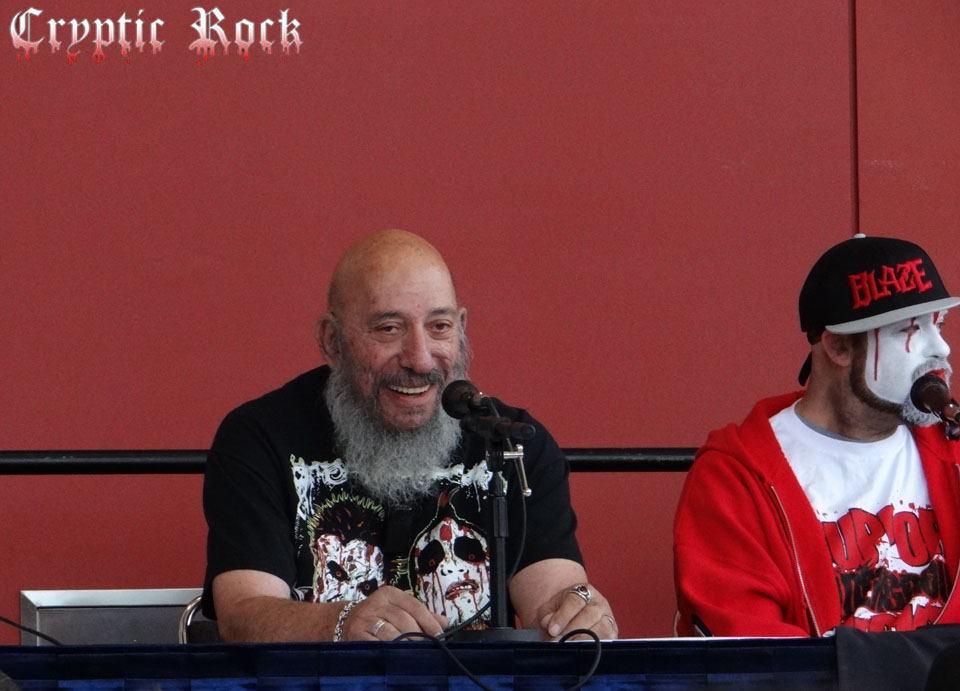 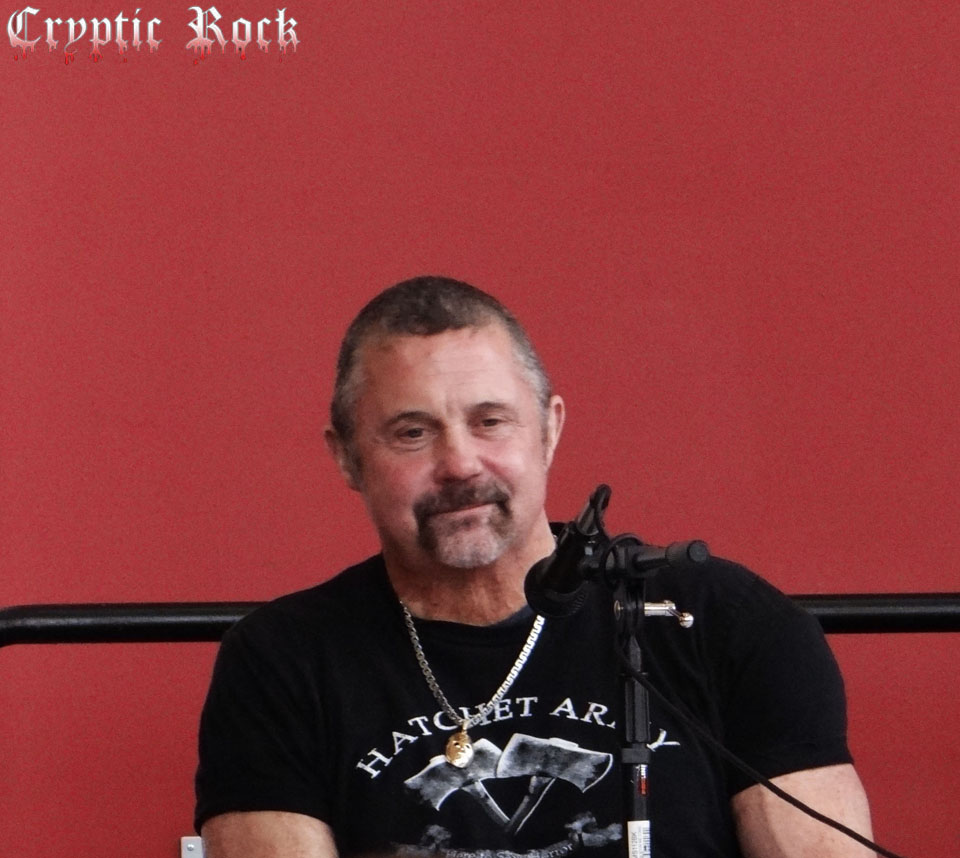 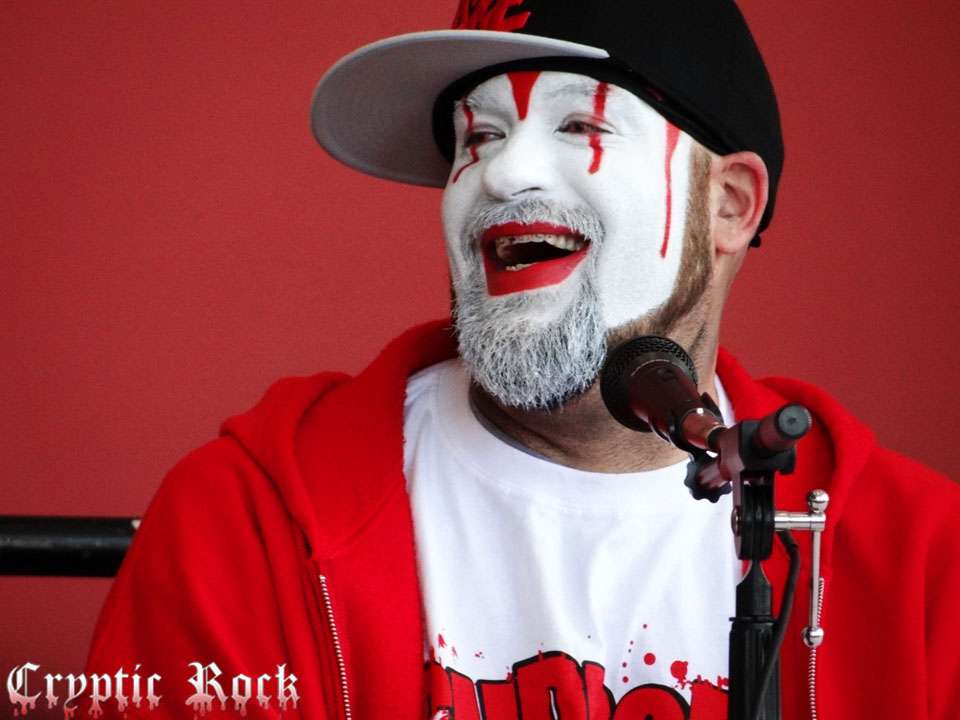 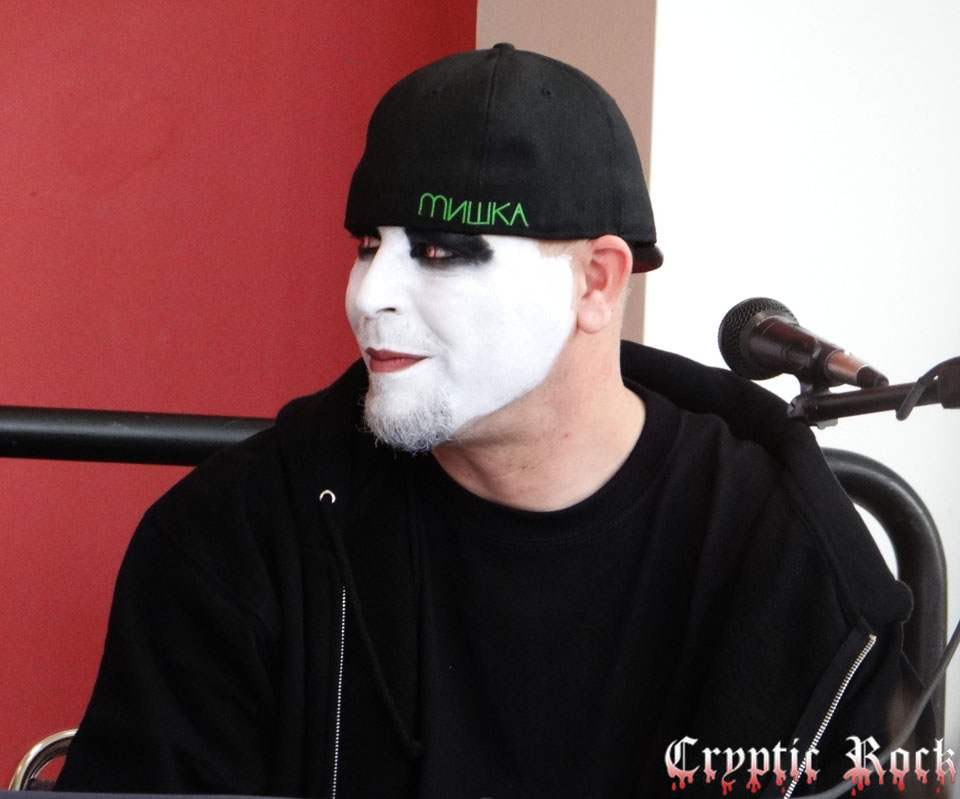 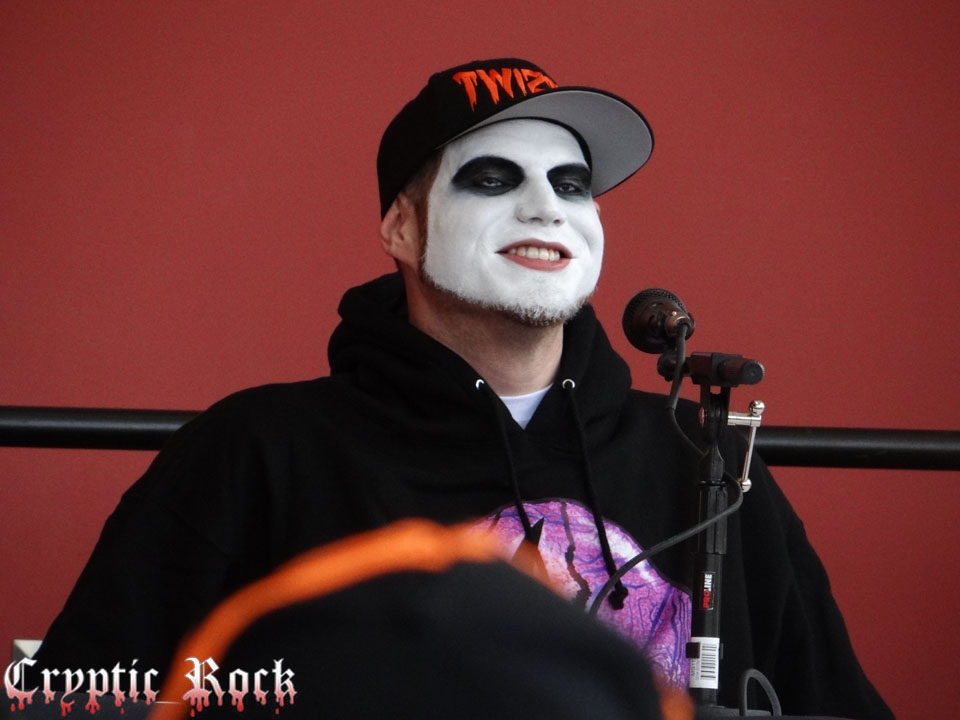 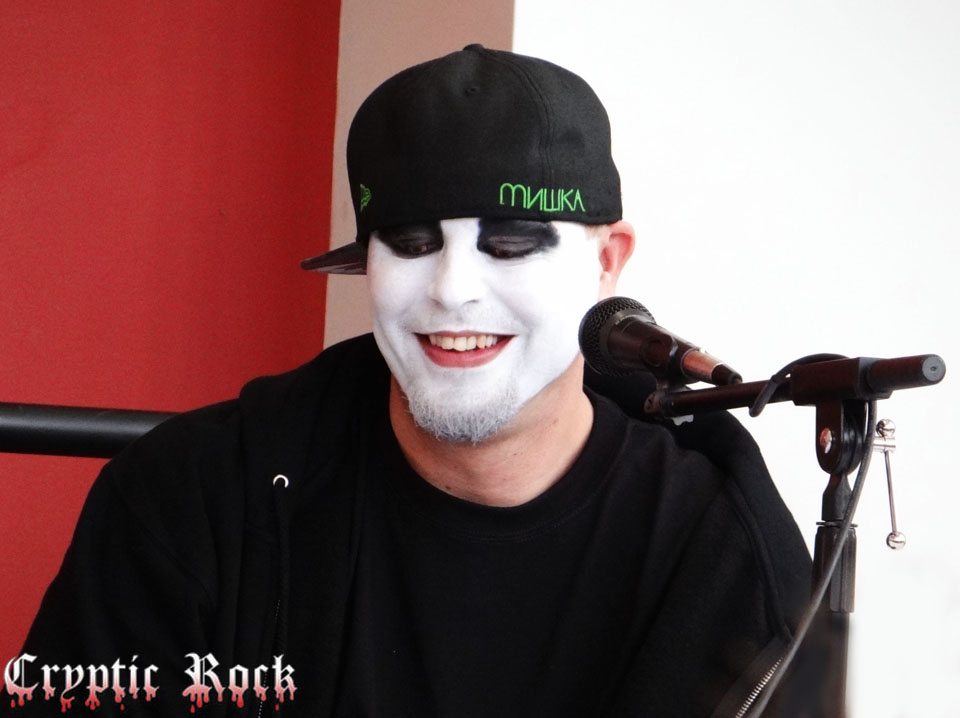 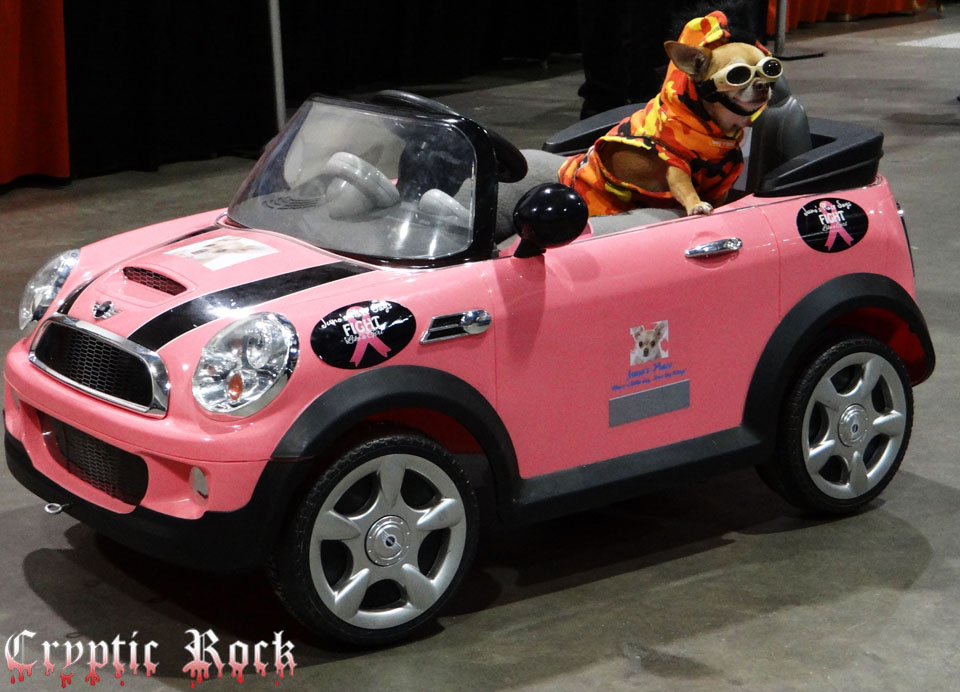 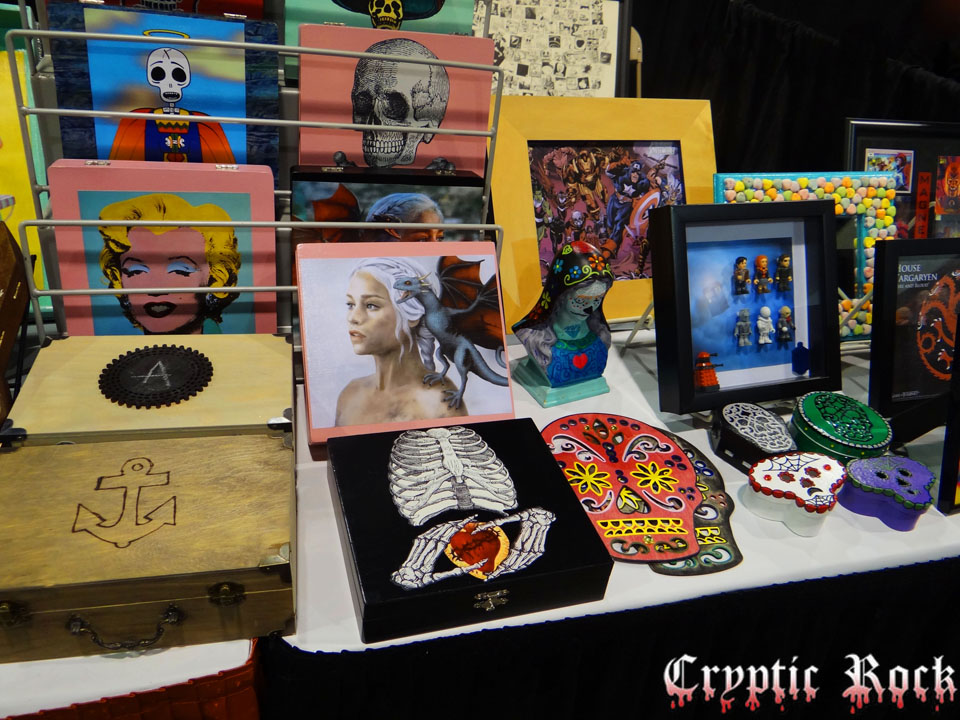 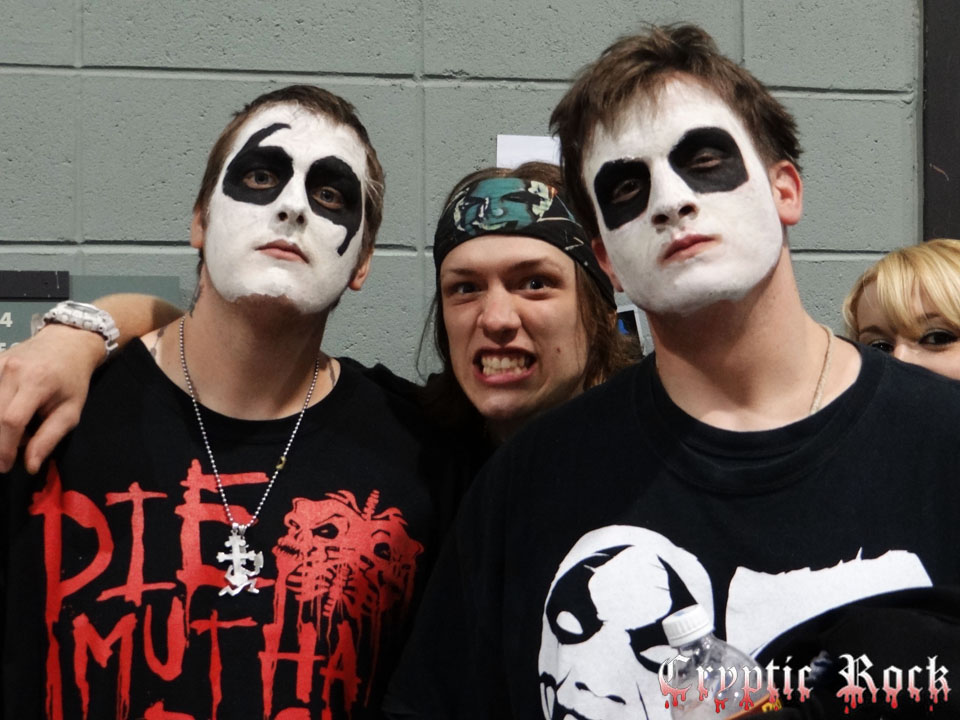 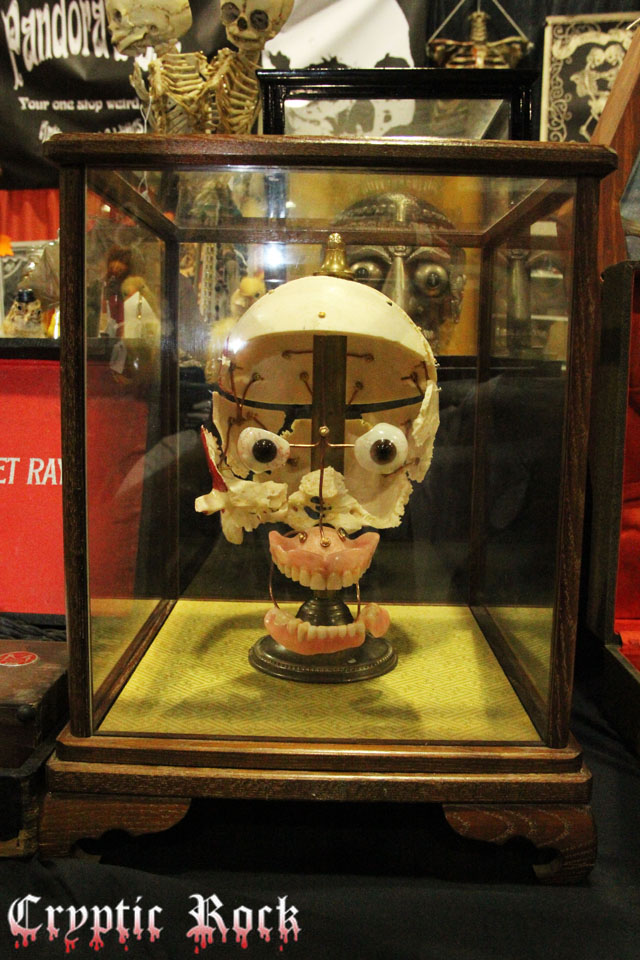 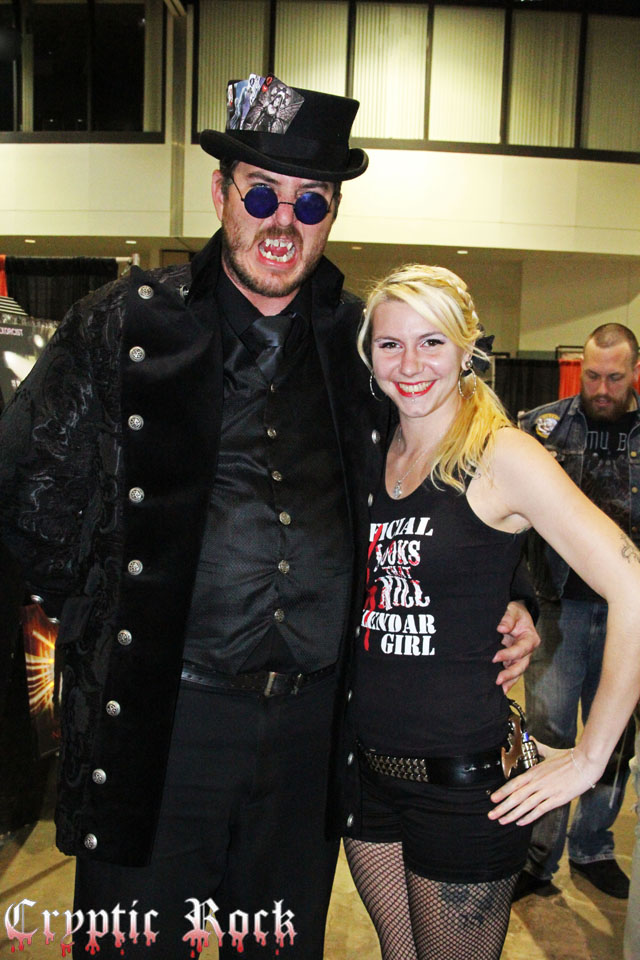 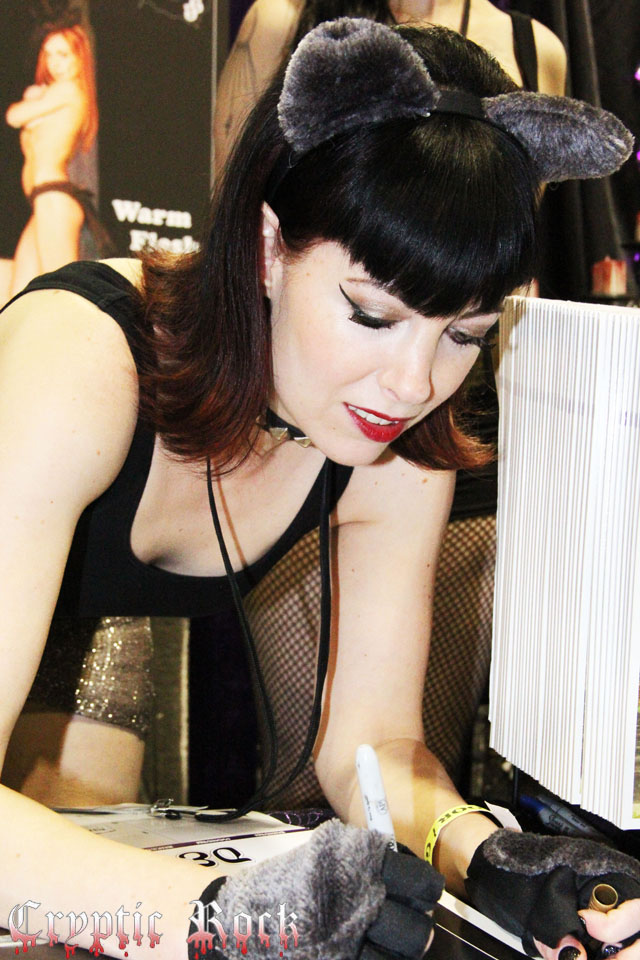 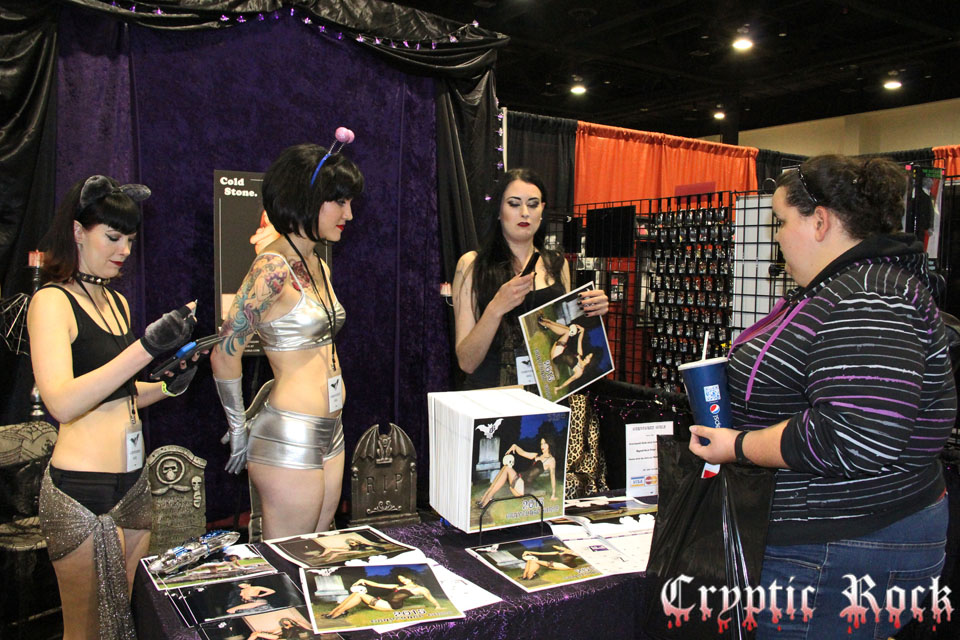 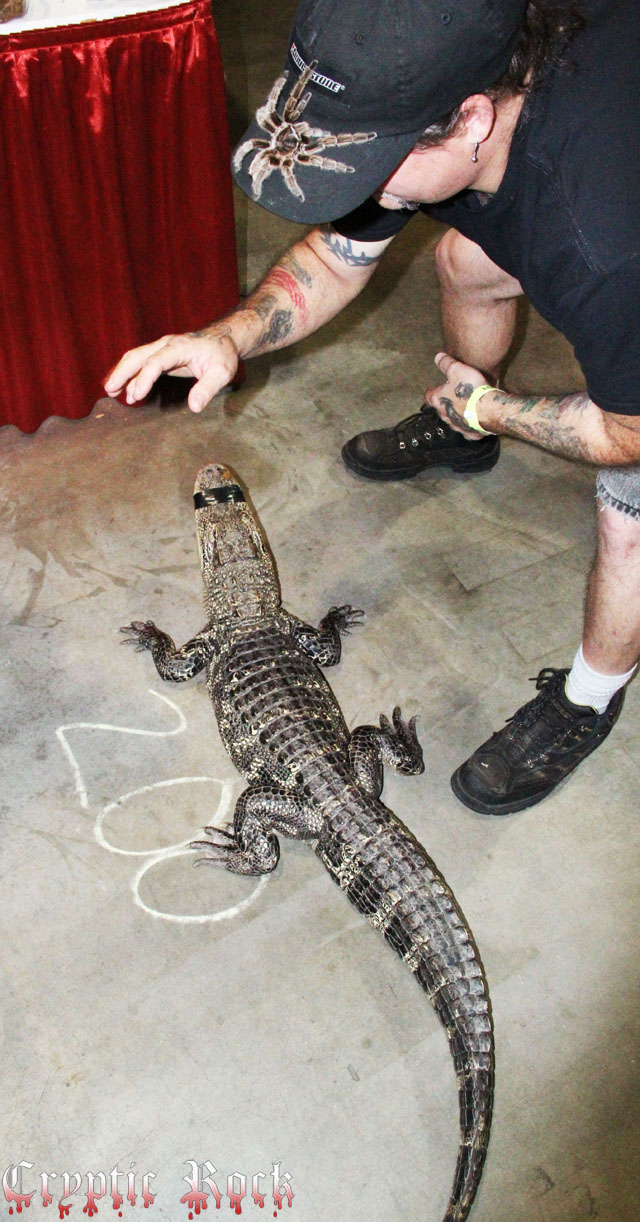 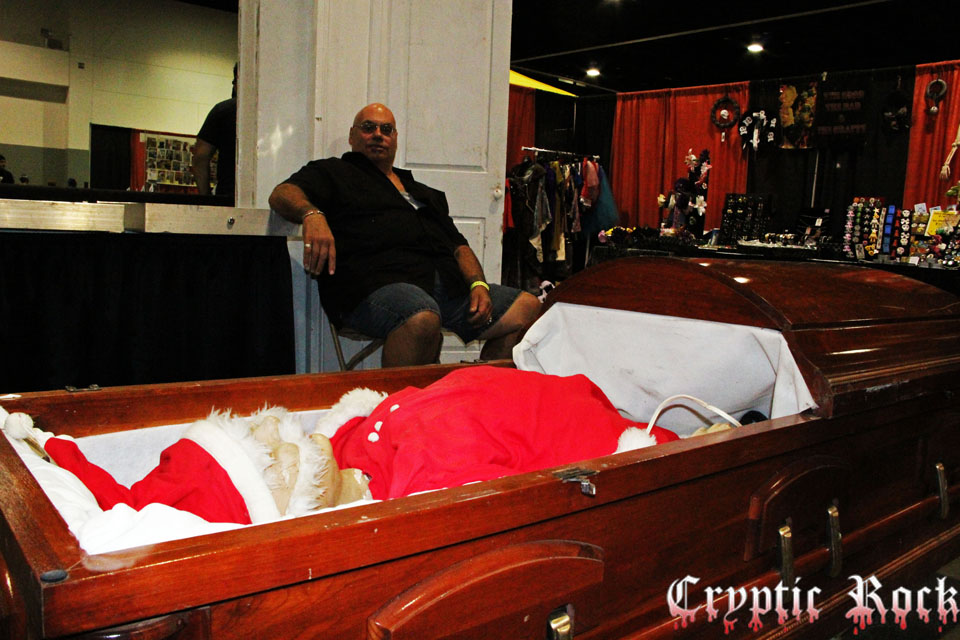 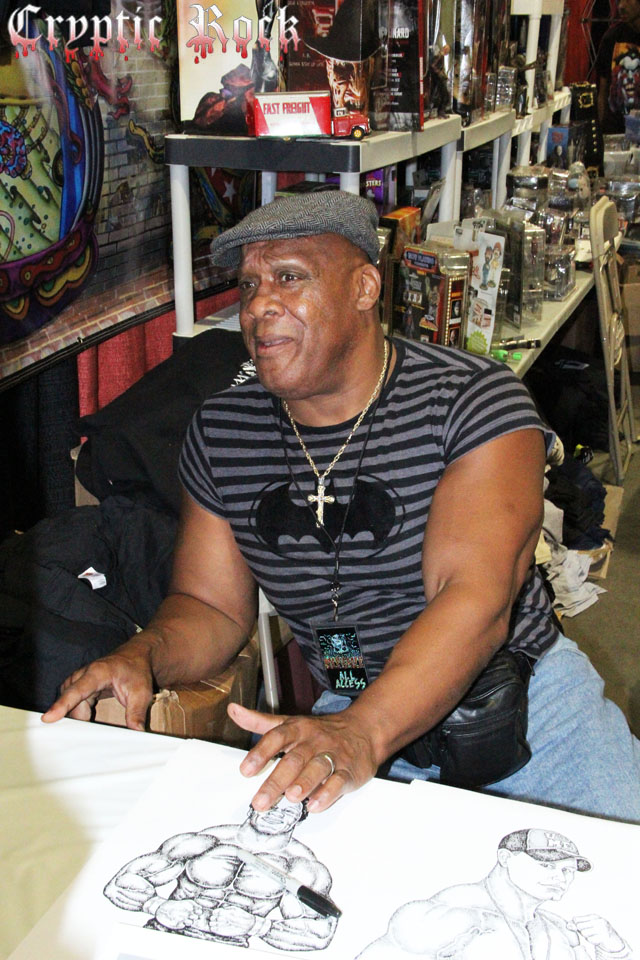 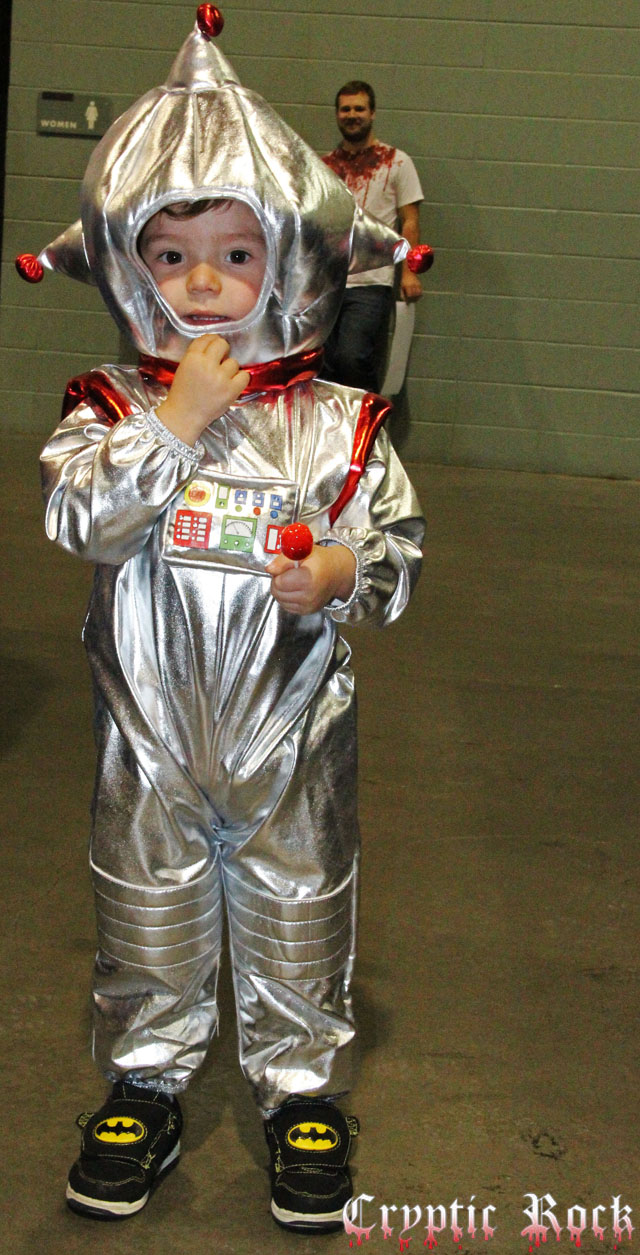 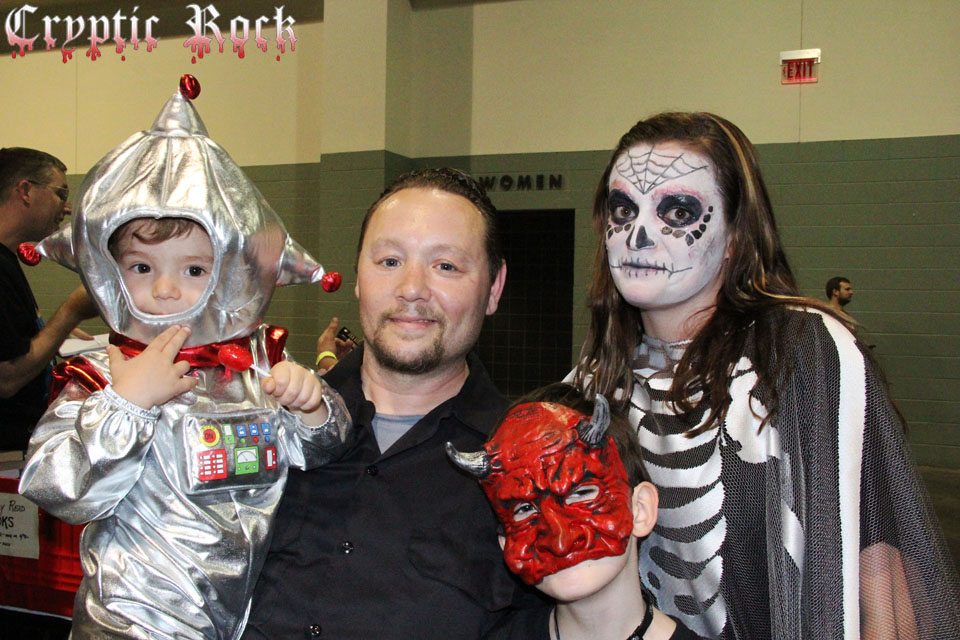 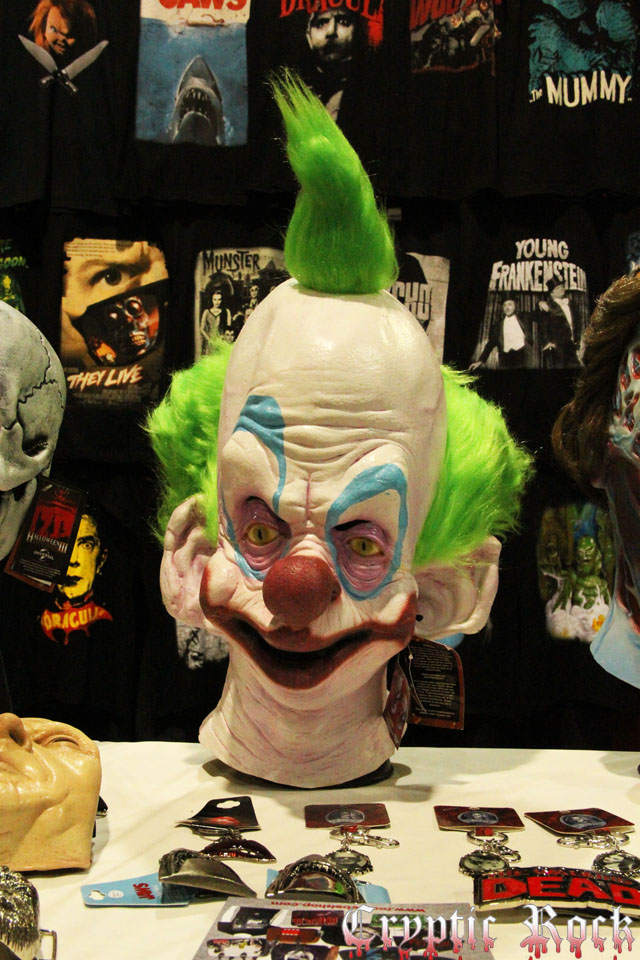 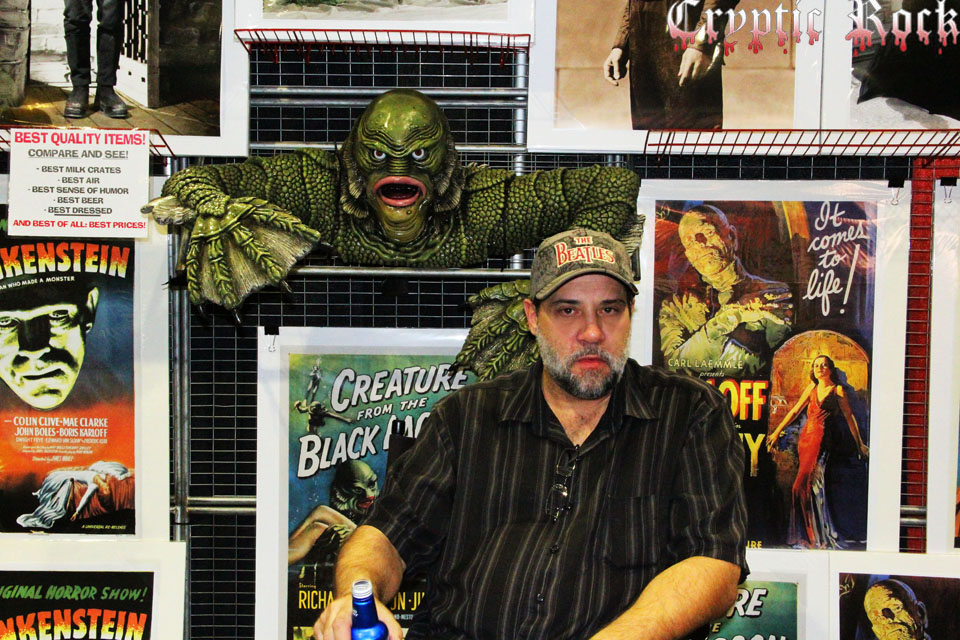 Check out coverage from Rock and Shock’s Friday night show:

Check out coverage from Rock and Shock’s Saturday night show: