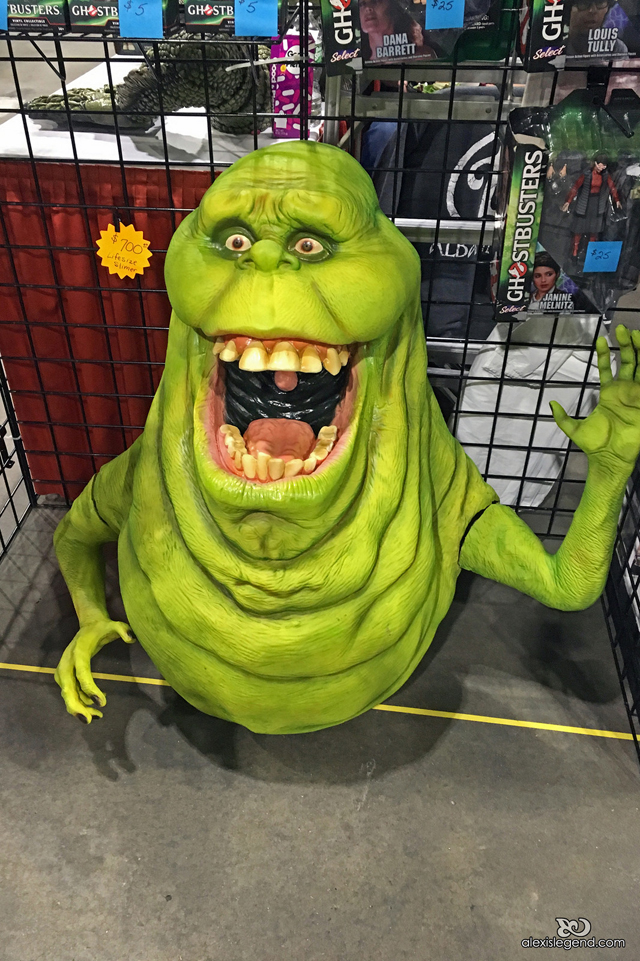 The year 2016 marks the 13th anniversary that Rock and Shock Horror Movie and Music Convention invaded the New England area. A fall tradition, many travel from all over the northeast portion of the US, making it a place that brings together Horror fans to socialize and meet their favorite celebrities. With each passing year, the convention seems to get even bigger with more unique vendors being. As more celebrities making their inaugural appearance are added, others are veterans who come back each year with as much enthusiasm as if it was their first. Taking place the weekend of October 14th, 15th, and 16th, the festivities began without a hitch as rabid fans awaited to get inside the DCU Center – the 50,000 square foot building located in Worcester, Massachusetts that has become home to the event.

Once inside, fans were greeted by the many vendors who house their creations within. In some aspects, one will find the typical swag they would find at any Horror convention; movies, t-shirts, posters, Comic Books, back issues of Fangoria aplenty, and so on. However, there are more than a fair share of unique and surprising treasures to be found, which include, but are not limited to 3-D Shadow Boxes made by Curious Goods, homegrown Horror from Morbid Vision Films, specially made masks and appliances from Face Candy EFX, the amazing art from London 1888, and so much more.

The fun and excitement did not stop there, companies like Vinegar Syndrome and Troma also are regulars at the con with their wide assortment of Horror/Exploitation films and, of course, their passion for the product that they sell. That said, once fans get through the massive vendor section, they can visit their favorite celebrities, who are more than gracious and thankful for the experience. As mentioned prior, each year provides some new faces while also providing many that are familiar, but yet still bring a smile, even to the most jaded fan. A prime example of this is of course the ever so gentle giant, Derek Mears, who meets each fan with a smile and a firm handshake – as well as a story or a joke to ease any worries. Mr. Mears is truly the pinnacle of what it means to be a fan as well as a personality in the genre that is just as excited to be there as you are.

New to the gamut this year was a majority of the cast of Rob Zombie’s latest effort, 31. Cast members Meg Foster, Jeff Daniel Phillips, Pancho Moler, Judy Geeson, and David Ury were met with gracious fanfare. Sitting in on the panel for the film, spectators could feel the energy in the room was entirely positive and the fans were anxious with their questions as well as their appreciation. The same can be said for Matthew Lillard and Skeet Ulrich of 1996’s Scream fame, who were just as electric as their fans. Also, fan-favorites such as Danielle Harris, Chris Sarandon, Camille Keaton, Courtney Gains, and Malcolm McDowell, among many others, were on hand. The panels are also something to behold; hosted by fans who are passionate as well as well-educated on the subject matter at hand, they provide easy time with your favorite guests as well as insightful anecdotes. Do not miss these if you can help it. 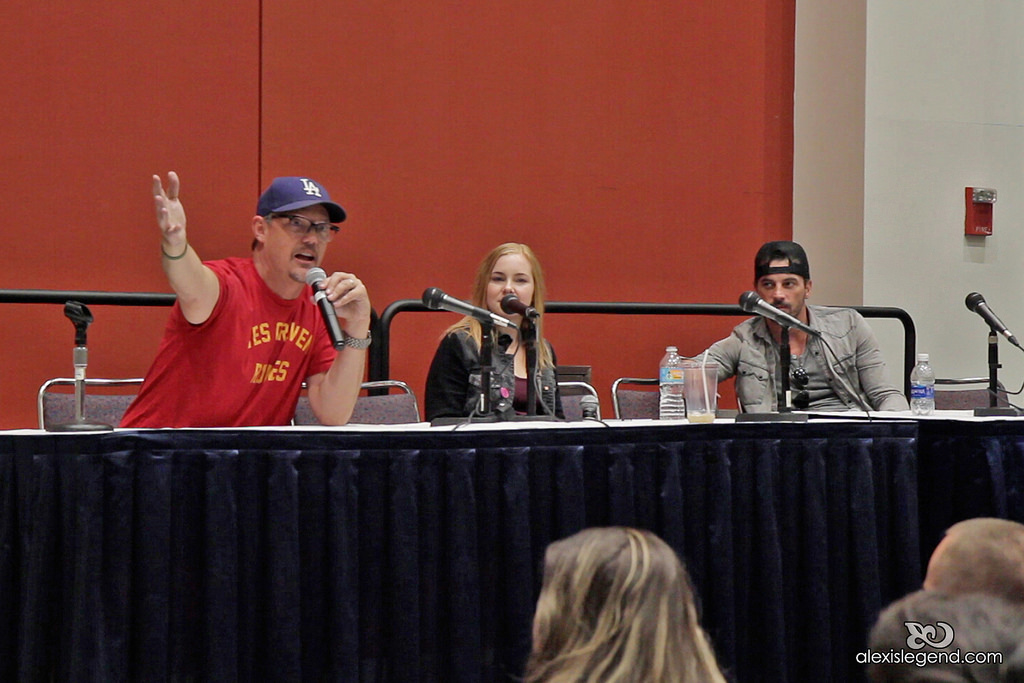 All this mentioned, Rock and Shock is not quite done with Horror lovers just yet. While the exciting vendors and overly friendly celebrities are in abundance, there is also another factor that keeps folks coming back year after year; the fans. As strange as that statement can sound, each year, the crowd seems to get larger, while at the same time – still remaining intimate and personal as each new fan is a friend of another fan who had been coming for years and will continue for years to come. This brings a sense of comradery that does not end when you leave the convention floor; it builds friendships and relationships that turn into second families. Each year, Rock and Shock is their reunion.

The conclusion of Friday night only brings disappointment for a few moments as everyone remembered that there are two more days of fright-filled fun to be had, and Saturday is the longest day of the convention; but also in the same sense, the shortest. The typical hot spot after each night is UNO’s Pizzeria, which is conveniently right across the street from the convention itself. Here you will get the standard bar food fare, do not get in expecting a gourmet selection, but this of course is more about the company. Suggestion for newcomers; call ahead if you have a large group, if not – you may be sitting at separate tables. It is also here that you will see guests from the convention enjoying their meals, as well as their own company, which brings more of the sense of family that the convention seems to illuminate.

Although, you do not sit down and see Derek Mears eating dinner as this huge celebrity; he is Derek Mears, the awesome guy you met a few hours ago and had a conversation with about how amazing it was to be a fan of Friday the 13th and play Jason Vorhees. While the façade of a celebrity may fade away; the amazement and admiration certainly does not, it provides a new perspective which also provides a certain sense of easiness to see the guests as regular people. For new fans, it is a concept that at first is not easy to grasp; but as time goes on, it will become more apparent. 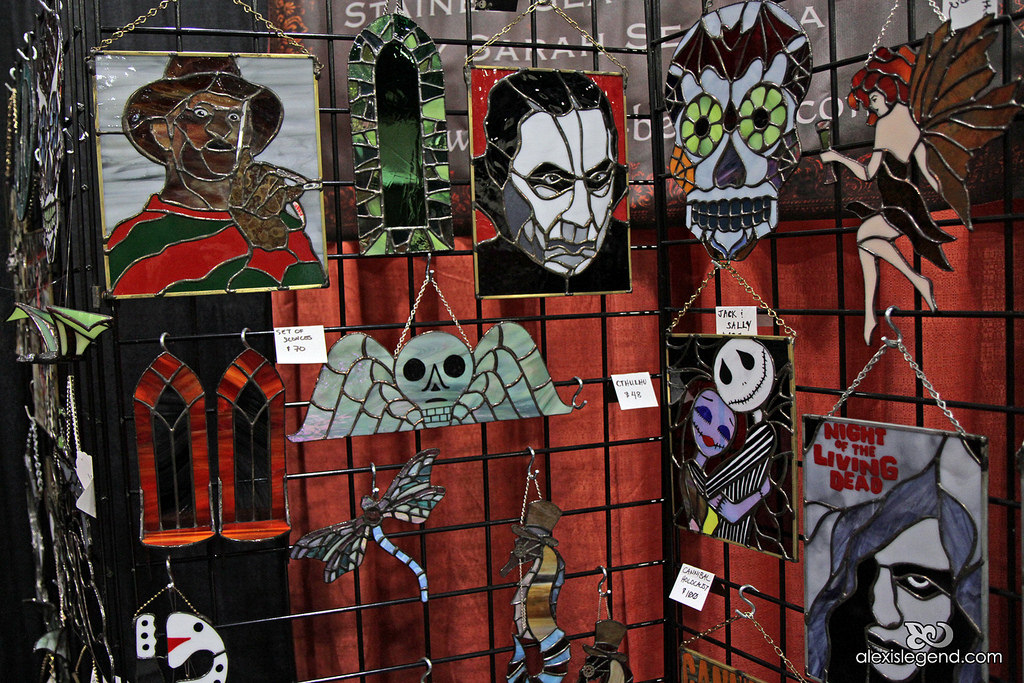 Vendor at Rock and Shock

As for Saturday, the first full day of the convention, it is arguably the show’s busiest day. Sunday is a contender as well,  however, with it being a shorter day, it is hard to gauge. Some guests also are Saturday/Sunday only so this could of course attribute to the busyness of the day. While the day itself may be busy, fans certainly will have no issues wading through the crowds as everyone is more than gracious enough to step aside as you walk around or stop to have a conversation.

While many conventions do provide a great sense of family and community, Rock and Shock seems to somehow surpass this in many aspects. Even those who decide to brave the convention solo, will not remain that way for long. Whether you meet a fan wearing a t-shirt of one of your favorite films that you strike up a conversation with, or you just stop and talk to a vendor, which leads others to as well – you will make friends, and quickly. All in all, Rock and Shock is a fantastic show, put on each year with explicit care and perseverance by Mass Concerts – it is one surely not to be missed. This year was possibly one of the best years the show has ever put on, and next year promises to provide more thrills than ever before – any self-respecting Horror fan would not be caught dead missing it. 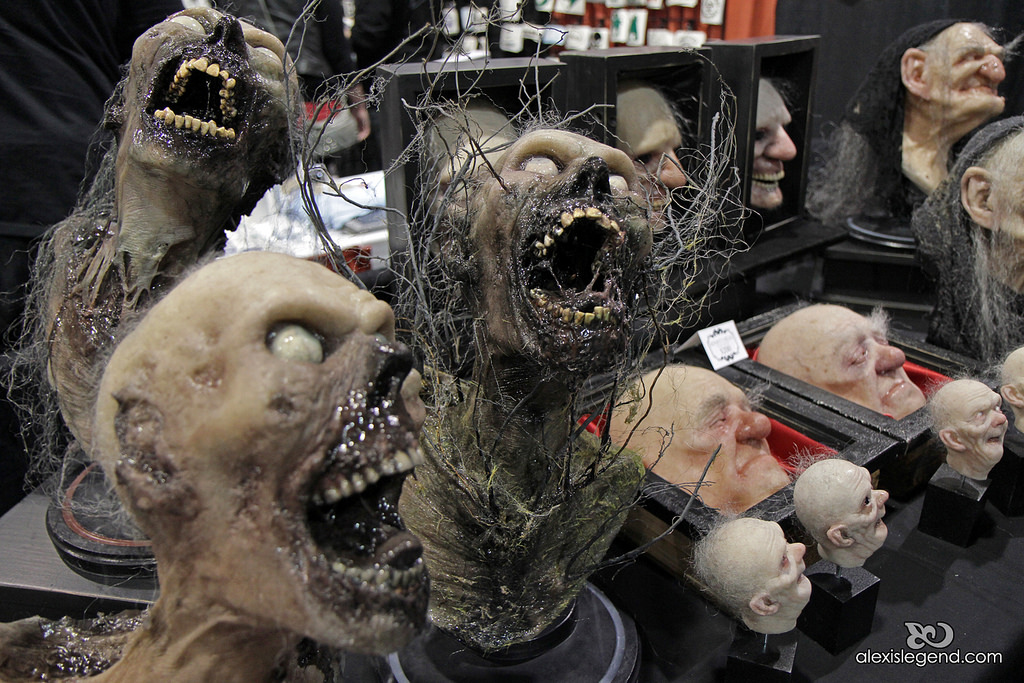 Vendor at Rock and Shock

For more on Rock and Shock visit rockandshock.com