Picture this, sitting in the theater watching Star Wars: A New Hope back in 1977, and arriving at the part where Luke and company are getting briefed on how to destroy the Death Star. Mon Mothma explains that the plans for the Death Star were stolen, but the story was never told how or what led up to that moment. Fast forward nearly four decades, in 2016, fans finally get the answer on the big screen with Lucasfilm and Disney’s Rogue One: A Star Wars Story. 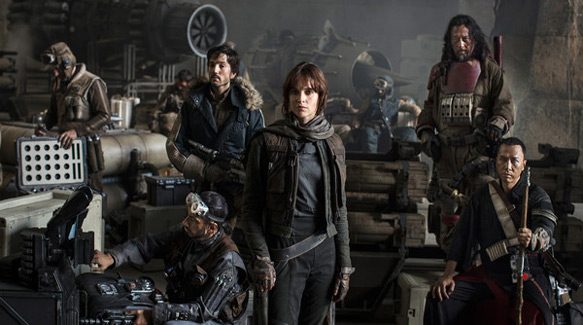 Coming a year after the franchise’s resurrection with 2015’s Star Wars: The Force Awakens, Rogue One: A Star Wars Story hit theaters with much anticipation on December 16th, 2016.  Directed by Gareth Edwards ( Monsters 2010, Godzilla 2014), the new film takes viewers on an incredible journey following Jyn Erso played by Felicity Jones (The Amazing Spider-man 2 2014, Inferno 2016), and her team of rebels, defectors, and believers in the force become some of the bravest and most important characters in Star Wars.

Opening with Galen Erso, Jyn’s father, played by Mads Mikkelsen (Hannibal 2013, Doctor Strange 2016), getting captured by Orson Krennic of the Empire, played by Ben Mendelsohn (The Dark Knight Rises 2012, Bloodline 2015), Jyn as a little girl is told to hide inside of a cave until Saw Gerrera, Forest Whitaker (The Last King of Scotland 2006, Arrival 2016), comes to take care of her from that moment on.

Rogue One: A Star Wars Story picks up many years later as Jyn is kept in an Imperial prison; she is saved by the rebellion. Jyn is brought back to the Rebel base where she is told who the creator of the Death Star is and what they need Jyn to do to help the Rebellion in their fight against the Empire. Jyn is paired with Cassian Andor, who is played by the incredibly charismatic Diego Luna (Only God Knows 2006, Elysium 2013). After that, we follow Jyn and Andor in their mission to locate and steal the plans from the hands of the empire. 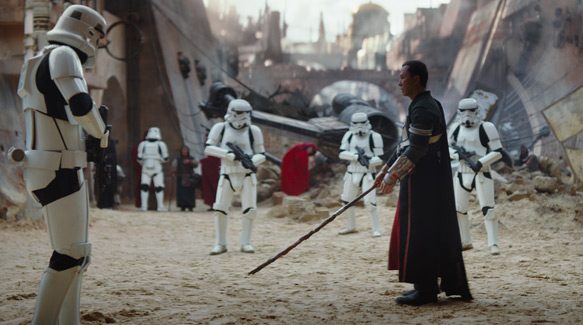 Before going any further, it must be noted the level of talent in Rogue One: A Star Wars Story is absolutely insane. This is a given when the ensemble cast was announced, apart from Mikkelsen, Whitaker, Jones, and Luna, the film also features Alan Tudyk (Serenity 2005, Tucker and Dale vs Evil 2010) as the droid K-2S0, the badass Donnie Yen (Ip Man Trilogy 2008, Crouching Tiger, Hidden Dragon Sword of Destiny 2016) as Chirrut Îmwe, Wen Jiang (Devils on the Doorstep 2000, Let the Bullets Fly 2010) as Ma Zouri, and finally, Riz Ahmed (Dead Set 2008, Nightcrawler 2014) as Bodhi Rook.

This in mind, not one of the cast members give the sense of being there to get paid. Each and every single actor believes that they are there to try to save the universe, and that is so refreshing to see. This makes the film that much more believable and it makes the audience fall in love with the characters that much more.

The story itself is incredibly fresh, especially for being a Star Wars film. There are no Jedi in this film. Just think about that for a second, no Jedi in a Star Wars film! It helped flesh out the story and it keeps the viewer in the notion that this film is a bridge between 2005’s Star Wars: Episode III – Revenge of the Sith and Star Wars: Episode IV – A New Hope. The Jedi have been banished at this point. This film focuses more on the war and the rebellion than anything else, it is not something that fans have ever seen, but it is amazing to see. The best way to describe Rogue One: A Star Wars Story would be to say that it is a War Drama that just so happens to take place in the Star Wars Universe. 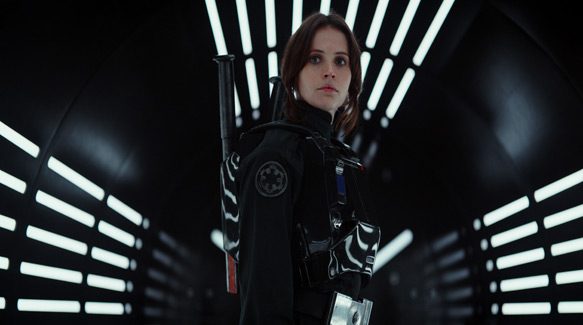 Furthermore, there are a ton of Easter eggs in this film, which again, keeps devoted followers in the mindset of where this film takes place. The visual effects are stunning and the dogfights were out of this world, while the sets feel real and believable. All in all, Rogue One: A Star Wars Story proves that viewers want to see Star Wars films that will expand the universe, and that is why CrypticRock gives it 5 out of 5 stars. 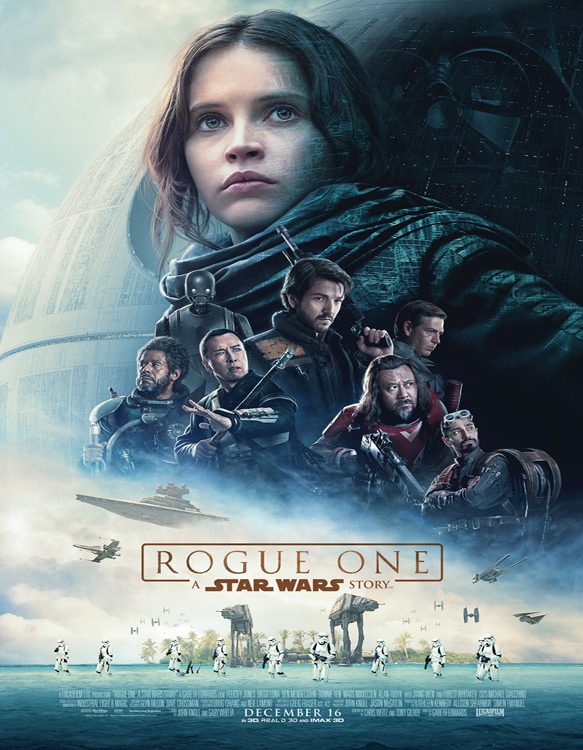