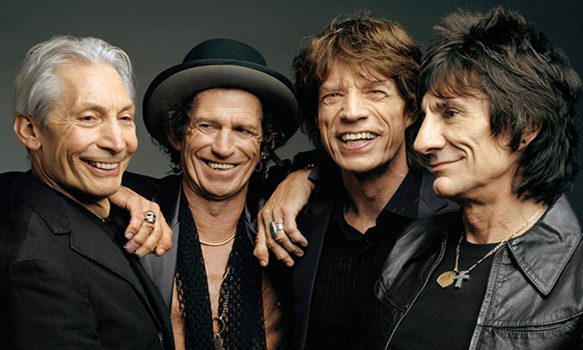 How does a band reach legendary status? Not an easy task, many years of hard work and willingness to push the envelope in entirely new directions, The Rolling Stones are one of the most legendary Rock bands in all of history. Begun over five decades ago, The Rolling Stones knew what they wanted to play and set out to do it. A departure from the clean-cut look of The Beatles at the time, The Rolling Stones immediately began to project an image they were ready to get down and dirty, setting them apart from others during the British Invasion.

Outliving many of the other bands that came together during the same era, The Rolling Stones continued to pump out music decade after decade and impressively show no signs of slowing down. Sure, Mick Jagger (vocals), Keith Richards (guitar), Ronnie Wood (guitar), and Charlie Watts (drums) have all aged through the years, but their dedication to Rock-n-Roll has made their age irrelevant. One of the few bands around that can still sell out a stadium, they return in 2016 with yet another studio album, Blue & Lonesome. Their first studio album since 2005’s A Bigger Bang, it is also their first album ever to feature only cover tracks. Their 25th overall studio released in the USA, Blue & Lonesome was recorded in just three days back in December of 2015 and hit shelves all over December 2nd of 2016.

Setting the mood, they start off with Buddy Johnson’s “Just Your Fool” with a gritty, pure Blues flow. Going forward, Howlin’ Wolf’s “Commit A Crime” brings on dangerous man feel while Jagger interjects passionate vocals, giving the sense of twisting treachery at the hands of a woman. Stumbling in next, Memphis Slim’s “Blue And Lonesome” sees Jagger bring on fiery vocals, diving low in despair, grasping for the soul, and begging for relief. Turning to a more laid back and cool vibe, Magic Sam’s “All Of Your Love” is played in a seductive matter, but with less rawness than the original.

Shifting to a faster tempo with more energy, their version of Little Walter’s “I Gotta Go” is truly something to dance to before they move back to a more relaxed pace with “Everybody Knows About My Good Thing.” Vastly different than Z.Z. Hill’s version, Jagger and company opt to take a more mellow approach, but without sacrificing emotion. Originally recorded by Eddie Taylor, “Ride ‘Em On Down” is given a more modern Blues treatment by The Rolling Stones, but without breaking too far away from the original. Complemented by a cool music video directed by François Rousselet and starring Kristen Stewart, it is a must watch.

Continuing on, Little Walter’s “Hate To See You Go” has even more harmonica pieces, toning the track into a solid Blues form. In an easy manner, soulful vocals tell a tale of broken love. Thereafter, Otis Hicks and Jerry West’s “Hoo Doo Blues” comes on with a tone swagger. Then, bringing a slightly more Country feel, G. Abner Jr. and Jimmy Reed’s “Little Rain” shows off gritty guitars and the feeling of wheels turning on a pickup off a dust trailing. Bounding in on a saloon-like piano, Willie Dixon’s “Just Like I Treat You” paints the image of a man chasing a girl around, trying to get her to love him before “I Can’t Quit You Baby” ends it all with sorrow and raw emotion.

Overall, Blue & Lonesome is a consuming collection of songs, from the extensive harmonica parts to the gripping vocals and lively guitars. The album features a list of guest spots including slide guitar from Eric Clapton on “Everybody Knows About My Good Thing” and lead electric guitar on “I Can’t Quit You Baby.” In addition, it is wonderful to see The Rolling Stones wear their influences on their sleeve with the collection of tracks they choose to cover. It is certainly a fun album that offers Blues Rock fans some new takes on old-time classics and younger generations an introduction to some songs they may have not heard otherwise. Still one of Rock-n-Roll’s best, CrypticRock gives Blue & Lonesome 5 out of 5 stars. 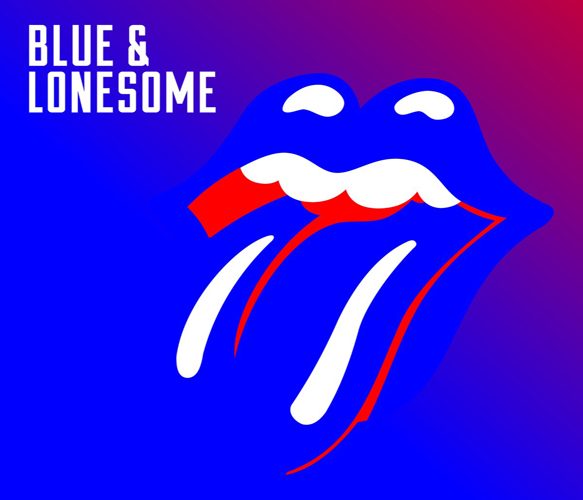