1968 saw the release of the original American psychological horror film Rosemary’s Baby starring Mia Farrow and John Cassavetes. Written and Directed by the international filmmaker Roman Polanski and based on the bestselling novel, the film has gone down as one of the greatest horror films of all time. Telling the story of Rosemary and her husband Guy whose fate takes an unexpected turn when they move into an old building and Rosemary falls pregnant. What happens next terrified viewers including expectant mothers the world over and helped catapult Mia Farrow to fame. 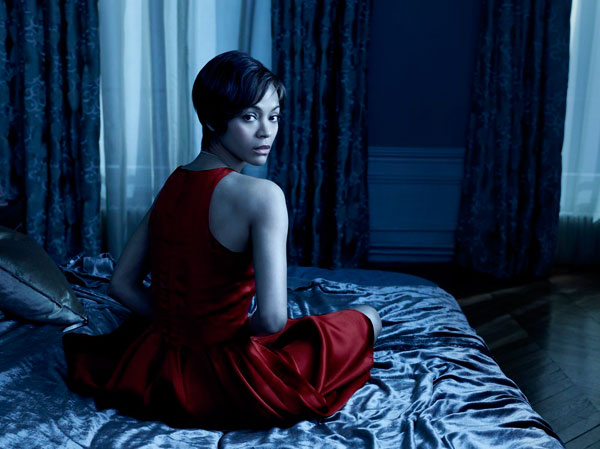 Forty six years later, Director Agnieska Holland and NBC bring a wonderful adaptation of the famous film in a two part series starring Zoe Saldana (Star Trek into Darkness 2013, Guardians of the Galaxy 2014) and Patrick Adams (The Waterhole 2009, Car Dogs 2014) as Rosemary and Guy.  At the start of the series, we see Writer Guy and Ballet Dancer Rosemary Woodhouse visiting their obstetrician for a routine ultrasound scan to see how the pregnancy at around five months is progressing. Sadly, they receive some devastating news, their baby has no heart beat, and they suffer its loss.

Three months later, Guy takes a job offered to him by their mutual friend Julie (Christina Cole: Surviving Evil 2008, Blitz 2011) in Paris as a teacher at a University. It gives them a fresh start, with Guy teaching and Rosemary taking some time out to rest and recover. They live in a very meager and small faculty housing, but they are happy to make do. Rosemary fills her time meeting with her friend Julie and sightseeing until one day she is accosted by a thief who takes her purse and runs off. Surprisingly, with little thought to her own safety, Rosemary runs after the thief and manages to get back her own bag and the purse of another lady, Margaux Castevet (Carole Bouquet: Nordeste 2005, Impardonnables 2011). She wishes to return the purse to the woman personally, which brings her to the beautiful Le Chimera building where she meets Margaux who invites her and Guy to a party that evening. 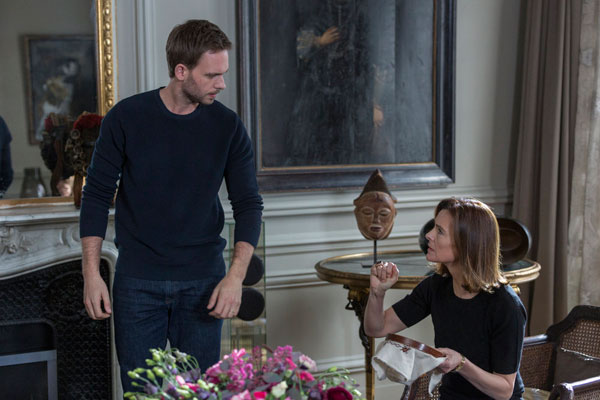 A driver arrives to pick them up and they have a wonderful time at the party which serves as a turning point in their lives. After that evening things quickly change for Guy and Rosemary, and through their new friendship with Margaux and her husband Roman Castevet (Jason Isaacs: A Single Shot 2013, Fury 2014) who coincidentally is on the board at the Sorbonne, they are offered an apartment in the Le Chimera building, a closet full of designer clothes, and Guy is offered a Professorship at the Sorbonne University with much more money. With money and a great place to live, what better time to start trying for another baby, right? Guy even not only keeps writing his book but finishes a spectacular masterpiece that quickly sells to a publisher. They also have the eager and verging on the obsessive assistance in this task of Margaux, who even makes Rosemary a potent fertility soup and insisting she wears an old amulet for greater luck.

Their lives have become better than they could have ever imagined, thanks to Margaux and Roman as their benefactors. Even warnings from the previous owner, whose wife Nana died under mysterious circumstances whilst pregnant three months ago, does not initially dissuade Rosemary and Guy from accepting all they are offered and Margaux and Roman become an indelible part of their new lives. 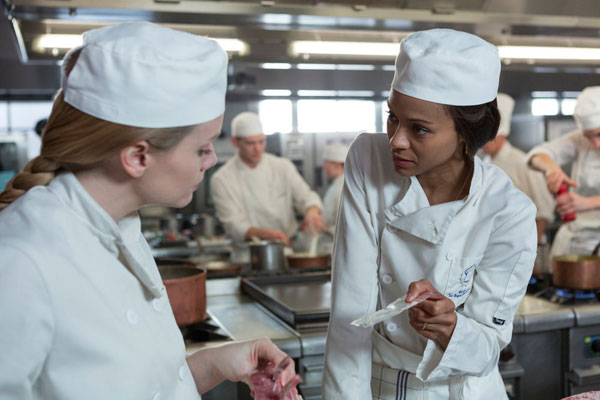 Eventually however, despite everything wonderful happening to them, bit by bit, events in Rosemary’s life seem to take an unmistakable supernatural and eerie turn, and too many coincidences and mysterious violent deaths involving past tenants, make her pause and re-look at the new blessings they have received. She keeps seeing a mysterious man who seems to be tied to Le Chimera which has a twisted evil past including Satanism and cannibalism, which is frightening enough, but how could that possibly impact them now?

When Rosemary discovers she is pregnant, her initial excitement and joy turns to horror as she discovers that her baby, the building, the mysterious man, and her new powerful friends are all tied together. She realizes that she must fight for not just her life, but her husband and the baby she has so longed for. Rosemary watches as everyone she knows seems to change; now she is seemingly alone, will she be strong enough to fight or will she give in to the temptation and evil, so she can hold her baby in her arms.

The only one she feels she can trust is Commissioner Fontaine (Oliver Raboudin: Midnight in Paris 2011, Taken 2 2012), but can she really trust him? With many ties to the past and ancient evils, Le Chimera carries its own evil secrets capturing the people that live there, and Guy and Rosemary swiftly get caught up in its wicked web.  Strange dreams, visions, and even more peculiar events happening to Rosemary and Guy pull the story into a tail spin, that neither the viewers nor they could have seen coming. 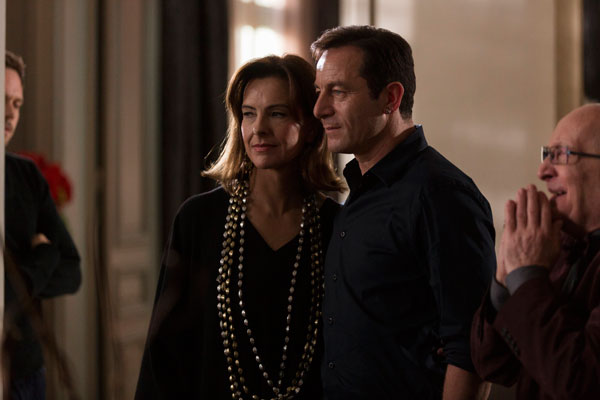 The 2014 adaptation of Rosemary’s Baby is truly worthy of its predecessor, it is exceptional and it is an intelligent and deep plot, with plenty of twists and turns. It brings the story into modern day, making it accessible to a newer audience and pleasing old fans. Beautiful cinematography around Paris, being in two parts also allows a deeper examination into each character, giving the audience more time to care about the characters and hope and pray for a happy ending, but will they receive one?  This series will suit horror and thriller fans alike, offering plenty to keep them entranced and thrilled. Sucking viewers in from the first moment, and while Zoe is already a star, her acting in this adaptation solidifies her brilliance and grace, again playing a ballet dancer, which shows every time she walks or moves. The rest of the cast are just as wonderful, putting everything they have into their characters, making very believable and interesting people to watch.  CrypticRock scores this series 5 out of 5. 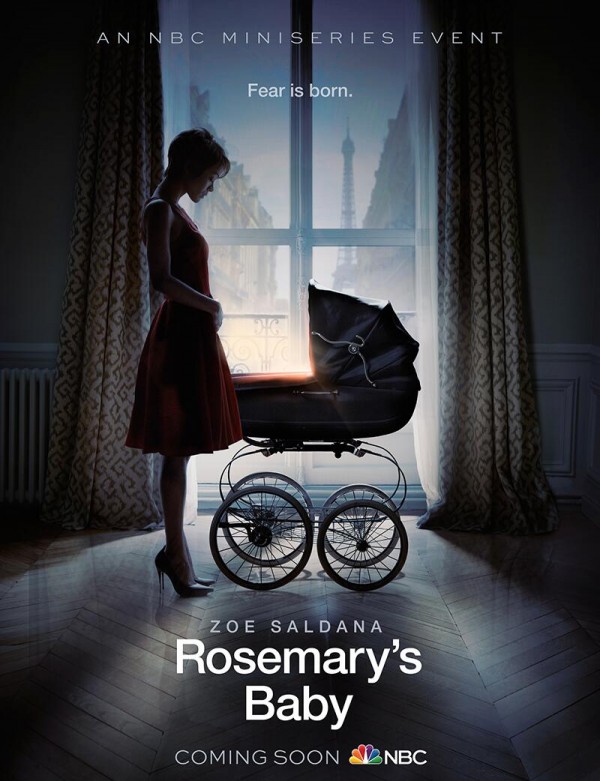