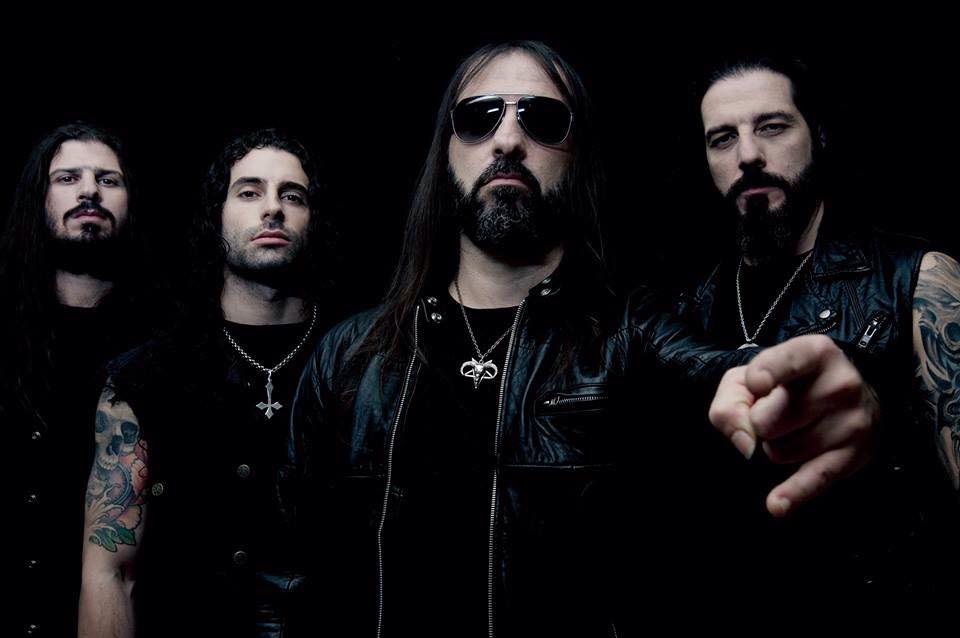 After twenty-seven years of existence, Greek institution Rotting Christ has achieved many accolades, won the respect of a legion of fans, and toured the world many times over. One thing they have not done is to record a live album, until now. Released August 21st, 2015, Lucifer Over Athens is not only an immortalized recording of a performance, it is a comprehensive, historical, sonic narrative of the band’s entire career. Recorded over two nights in December 2013 in Athens, the hometown heart of their birth, mastermind Vocalist/Guitarist Sakis Tolis and his brother, Drummer Themis Tolis, poured all of their craft into this illustrious recording. Joined by George Emmanuel on second guitar and Vangelis Karzis on bass guitar, this monumental step in Rotting Christ’s long history should set the hearts of their fans afire. Two discs in length, the track listing truly encompasses each era in their nearly three decades of recorded existence.

Featuring a crisp production and all instruments coming through with stellar quality, listeners will enjoy hearing Sakis Tolis sounding as energized and vicious as ever. His exhortations to the crowd being all in Greek, the sense of looking in on a band in their own backyard is well wrought, and adds a bit of mystique to the listening experience. The intro, like any live album worth its salt, features a healthy dose of crowd noise. The roar when the band takes the stage is unmistakable, and goes a long way in bringing the listener to the jam packed venue where it all went down.

Beginning in the present day with “Dub Sag ta Ke” and going back just over one decade with “Athanatoi Este,” the hyped crowd can be heard roaring in the silence following these serpentine Dark Metal anthems. The latter song translates to “You are immortals,” which just so happens to be the dedication from Tolis to his legion of dedicated fans. Giving a taste of their mid to late ’90s Goth-influenced period, “Sorrowful Farewell” and “Among Two Storms” from 1996’s A Dead Poem air out gracefully following the hard edged numbers that began the album. A chant of “Rot-ting Christ” went up after this majestic duo was unleashed.

A bit later on, Rotting Christ returned to their 1991 Passage To Arcturo E.P., airing out “The Forest of N’Gai” and “The Nereid of Esgalduin.” These classic old-school songs featured some clear, 90’s style Black Metal keyboards with some good old fashioned Heavy Metal guitar leads, showcasing the classic Greek Black Metal sound this band pretty much created on its own. Sakis Tolis kept things brutal with “The Sign of Evil Existence” off of 1993’s Thy Mighty Contract. “Transform All Suffering Into Plagues,” with its choral arrangements and heavy-on-the-riffs breakdowns quite suitable for the live arena, has some fans loudly chanting “hey” during the silence between Themis Tolis’ booming percussive strikes. The first disc ends with an absolutely storming rendition of “Societas Satanas,” a Thou Art Lord tune from Sakis Tolis’ other band.

One disc of high quality music down, one more to go. Truly a special release, the second disc is as impressive as the first. Rocking back to 2013’s Aelo album, “Demonon Vrosis” begins with female vocal chants and that notable guitar lead. The war anthem sounds crisp and Metal as f**k, as every note played is transmitted with amazing clarity right to the listener’s ears. One can almost taste the sweat and feel the monitors in their guts listening to this top notch recording. “Quintessence,” (Genesis – 2002) which contains one of the most catchy choruses Rotting Christ ever penned, comes out next, as a journey through their post 2000 catalog gets its turn in the spotlight. “The Call of the Aethyr” and “Grandis Spiritus Diavolos” bookend the warlike “In Yumen Xibalba,” making for an engaging jaunt through the different eras of Rotting Christ. As the band came out of its Goth/Dark Metal experimentation period of the late 90’s, they got harder while retaining the atmospheric qualities that further enriched the releases of that period. These songs showcase this progression-through-regression both artfully and convincingly.

Sakis Tolis revs the crowd into a frenzy by beseeching them to finish the title of an old favorite. “King of a Stellar,” the front-man asks. “WAR” the crowd belts back at him, sounding no less ardent than the Scottish peasants who followed William Wallace to battle in the film Braveheart. This most majestic of tunes from 1996’s Triarchy of the Lost Lovers album, gives way to “Archon” off the same record. A perfect live song, its heart-pounding arrangement could liven up a funeral.

Rotting Christ dig up the past while confidently striding in the present with some flawlessly executed modern-day numbers like “The Sign Of Prime Creation” and “Enuma Elish” from 2007 masterwork Theogonia. Finishing off with “Noctis Era” from 2013’s Aelo, Rotting Christ leaves the listener feeling like they just got out of this sold-out gig of hometown heroes. As high-quality a live album as is likely to be found, with as comprehensive a set-list as even the most rabid of fans could desire, Lucifer Over Athens is a monstrous success for Rotting Christ and for live albums everywhere. Certainly a bar-raiser, CrypticRock gives this album 5 out of 5 stars. 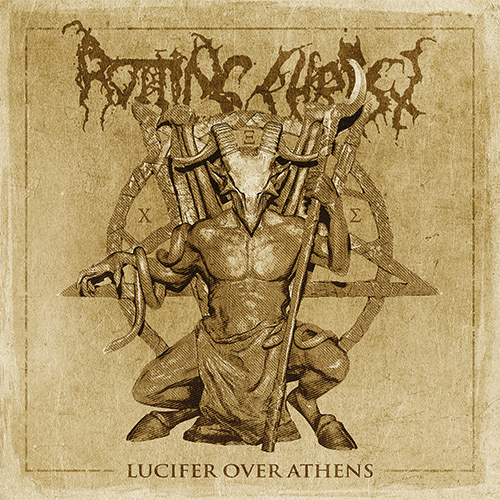