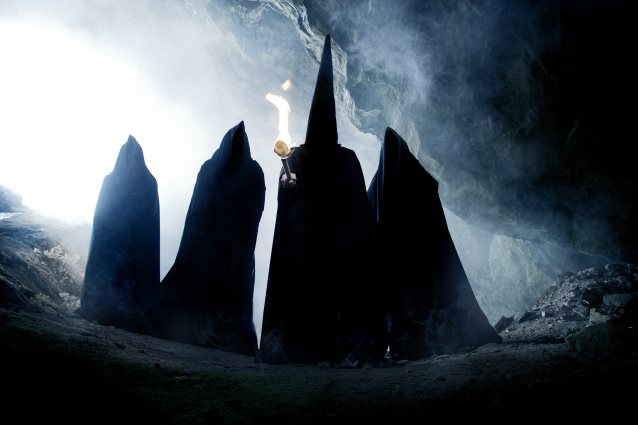 One of the most veteran bands plying the murky depths of Black Metal art, Greek originators Rotting Christ emerge once more to bestow their thirteenth studio album upon the world. Entitled Rituals, the album took three years to create, during which time brothers Sakis and Themis Tolis saw the release of the highly successful live album Lucifer Over Athens. The narrative being etched into Rotting Christ’s discography has undergone some changes through the years. Sakis Tolis is a digger, a thinker, and a true artist for whom stagnation is never an option.

Fans have witnessed the band add symphonic, theatrical, and downright adventurous elements to their Black Metal as the new millennium ripens. The very complete and classic Theogonia (2007) gave way to the conceptual grandeur of 2010’s Aelo. Here, martial narratives of soldiery and war interspersed the music, and Rotting Christ began displaying a penchant for laying down blast beats behind more epic, keyboard laced soundtracks that went far beyond the fetters of more typical arrangements. This continued on 2013’s Katá ton Daímona Eaf̱toú, with eclectic instrumentation and female vocals enriching the atmosphere of ancient civilizations on offer.

The album is best appreciated with headphones, as are most works, because the quality in Rituals lurks in its nuances. Taken on its face, the chanting that precedes the first song “In Nomine Dei Nostri” and “Apage Satana” come off somewhat clunky and distracting. It is only when the massive musical accompaniment joins in that they synthesize into the whole of their parts. The epic clash within “Elthe Kyrie” from 2:55 to the lead around 3:20 shows what Rotting Christ is capable of circa 2016. The hyper, war-like female monologue interspersed throughout it goes on a bit too long, perhaps, before pulling itself together for a final pre-battle howl of challenge. “Ze Nigmar” may be slower paced, but it too demonstrates the ability to create tension and atmosphere that Rotting Christ have been honing for decades.

“For A Voice Like Thunder” adds the tones of battle into its slow burning thunder. Laden with atmosphere, the riffs win the day with their repetitive grandeur. Rotting Christ repeats this type of formula on “The Four Horsemen,” albeit to slightly less effect. Just when the song seems to become too plodding, the choral nature of the vocals at around the 3:46 mark suddenly transports the song onto a more triumphant course.

The longest song on the album, “Komx Om Pax” harbors, within its 6:22, a plethora of tempos and moods. A ponderous beginning transforms into a hyper-blast beneath martial cadence suite of hammering tension. The bridge at 2:44 and 3:40 sounds like it could have been recorded by a pantheon of gods in some abyssal theater in the depths. Truly a breathtaking listen, with some gorgeous, silky guitar leads coming in at around 4:40 to take the track home, “Komx Om Pax” is probably the biggest bang for the buck on the album. “Les Litanies De Satan (Fleurs de Mal)” features the great Vorphalack (Samael) on vocals. Built around the chugging guitar over blast-beats foundation so synonymous with Rotting Christ, it is another example of these Greek masters proving their sacred dedication to the dark side. Deliciously evil, smoothly composed, this is velvet Black Metal for the old school.

Rituals may stumble in a few places, namely the overuse of unaccompanied chanting, but despite these hiccoughs, Rotting Christ combines the right amount of blast, traditional instrumentation, and cinematic vocal arrangements to once again charm a fan base that has been constantly rewarded through nearly thirty years of dedication to this Dark Metal institution. CrypticRock gives Rituals 4 out of 5 stars. 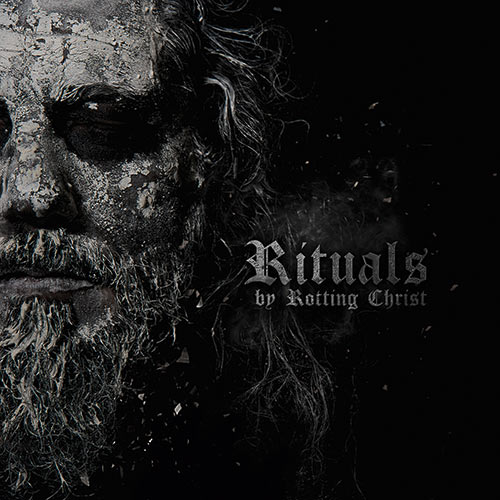