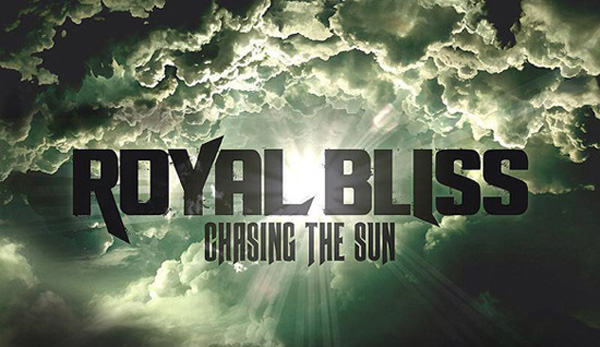 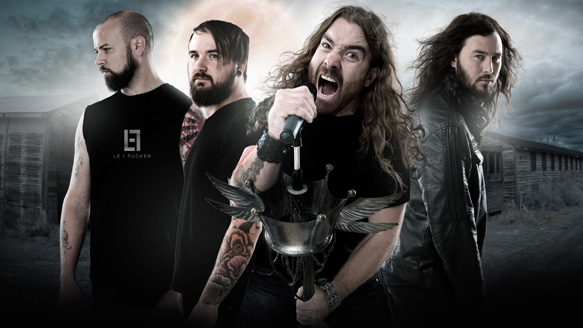 There is a band hailing from Salt Lake City, UT called Royal Bliss that has been winning over rock fans across the USA for the past sixteen years.  The band is complied of Neal Middleton (vocals), Taylor Richards (guitar), Jake Smith (drums) and Dwayne Crawford (bass); who has shown resilience through tragedy through the years.  The most earth shattering misfortune being lead vocalist Middleton’s near death experience.  After Middleton’s accident some thought he would never walk again, but due to determination he rehabilitated himself.  Amazingly recovering completely from what was thought to be paralysis from the waist down, Middleton and his band has gone onto make record after record and touring almost non-stop. Their seventh studio album in 2012, self released, Waiting Out The Storm, produced radio hits like “Crazy” and “I Got This”, which charted the top 10 in rock on iTunes. The band is now Chasing The Sun after the storm in 2014, with their latest album featuring the single “Cry Sister”, which is currently peaking at number 5 on the iTunes rock charts.

Chasing The Sun begins with a roaring tune fittingly titled “Welcome” providing an adrenaline rush with dominating riffs from Taylor, high energy from Smith on drums, and gripping bass from Crawford.  The glue that brings this song together are the  flawless vocals from Middleton making for a great beginning to the album. The following track is the current radio single “Cry Sister”, which has been going over quite well with the fans. Bringing a more edgy feel to the song, Crawford’s clawing tone setting bass, some synthesizers creeping there way in, and Middleton’s powerful voice delivers a fist pumping message. Directly following, the band will “Rock You All Night Long” with a mood lifting tune which penetrates the imagination with provocative lyrics and a low steady tone with drums, bass and guitar adding to the their evolving sound.

Royal Bliss capitalizes on their diversity with the next song titled “Dreamer”. This track emanates the feeling that deep down, no matter how hard-hearted one can be, we all feel. We all have dreams and this song reminds us that we should never stop dreaming. This proves to be an important portion of the album as music speaks to our souls more than any one person can, and sometimes emotions such as these help us not to forget what’s important.

The band ventures outside the box a bit with the next head-turning track “It Haunts Me”, followed by “Drink My Stupid Away” which makes it painfully apparent what musicians go through to live their dream and create touching music for fans. The song fades in with a piano carrying Middleton’s vocals and impassioned lyrics. This is one of those tracks showing the  bands’ ability to  to express vulnerability and strength together.

The album picks the tempo back up with the tracks “Alive” and “Impossible”, followed by “Turn Me On”; a song with lyrics that do not leave much left to the imagination. Middleton’s vocals take a fiery turn on this one with an as-a-matter-of-fact message and a pretty knee bending guitar solo by Richards. Closing out Chasing The Sun properly is “Home”, an anthem to bands which stay true to themselves instead of selling out for the sake of fame.  With lyrics such as “I’ve got this music in my veins, but that don’t seem to matter much these days. So many people seem so fake and the reason why they play it ain’t the same. Cause they don’t write their songs, just hit the tracks and play along while Johnny Cash rolls over in his grave”, the band strikes a truthful chord about the music industry that is quite frankly a shame.

Royal Bliss proves to be one of the hardest working and persevering bands in modern rock, and to the dismay of many, extremely underrated. The guys keep trudging through the muddy, less glamorous path to continue delivering their hearts and souls to us through their deep clenching music. Chasing The Sun is gripping, expressive, sincere, energetic and just a breath of fresh air. Since Royal Bliss refuses to conform, they are not only staying true to themselves, they are staying true to their fans as well. Chasing The Sun is an album you will definitely do not want to overlook. CrypticRock gives this album 5 out of 5 stars. 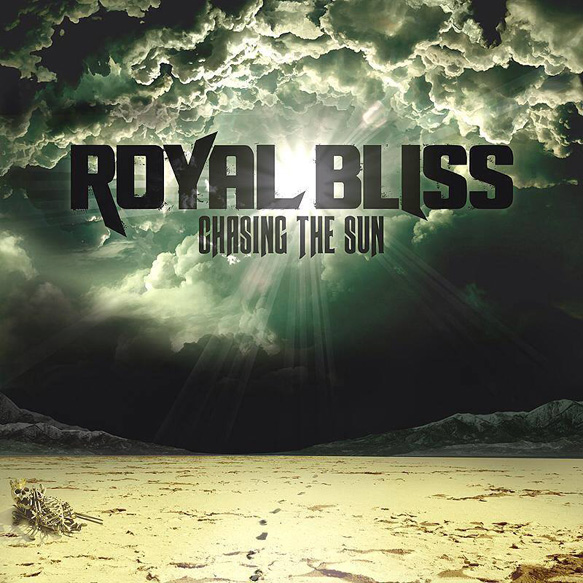 Review written by That Rocker Chik