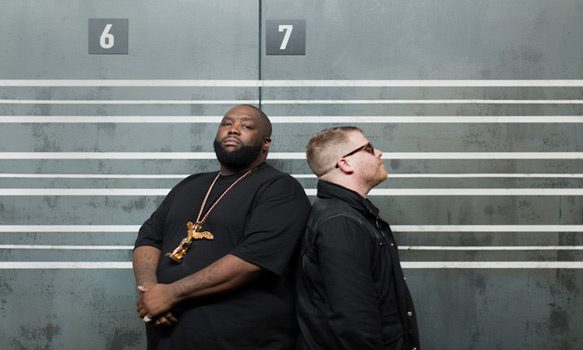 Good things come in threes, or so they say, so there is no surprise Run The Jewels does not fall short with their third studio album. Just four years removed from their 2013 self-titled debut, the duo have made a lasting impression on the Hip Hop scene that continues to grow.

For those still in the dark, the journey began when Killer Mike was introduced to El-P back in 2011. Joining to collaborate on each other’s tracks, they soon united to form Run the Jewels. Developing into a special partnership, they now have various tours and festivals under their belt, as well as the aforementioned self-titled debut, 2014’s Run the Jewels 2, and 2015’s remix release Meow the Jewels; an album where all the instrumentals are replaced with cat meows. Back with a bang, they initially dropped Run the Jewels 3 digitally on December 26, 2016, and three weeks later, on Friday the 13th, the album received a rightful physical release.

An album that debuted at #35 on the Billboard 200 and #8 on Billboard’s Top R&B/Hip-Hop Albums chart, it is no secret Run the Jewels has a buzz surrounding them. With a sound many are intrigued to hear, their latest album begins with a slow, laid back feel where R&B Vocalist Joi joins them for “Down.” Preparing the listener for the calm before the storm, by “Talk to Me,” the plane has taken off, reaching new levels for the lyrical geniuses. The first single off the record, from here, the tracks are quite diverse with styles ranging from strings transitioning into intense Funk beats, Jazz, and tropical feeling synths, as well as heavy bass contrasts. With other cuts like “Legend Has It,” “Hey Kids (Bumaye),” featuring Hip Hop Artist Danny Brown, and killer beat of “Stay Gold,” Run The Jewels display a chemistry of perfect, electronic cinematic spurts down to a tee.

Their brutally honest lyrics reflect the hinders of today’s society with beautifully composed beats. While remaining humble and reflecting on where they came from, they set out to break boundaries on their creative flow. The mission begins with stirring up the world, mocking mainstream media, and shedding light on gay and black rights; a goal to make it known these problems are not in the future, but of today, as heard on “2100” with a guest spot from BOOTS. Featuring an insert of Martin Luther King Jr.’s speech citing on the back end with, “riots do not develop out of thin air,” “Thieves! (Screamed the Ghost)” featuring Tunde Adebimpe, as a whole, mirrors a feel that the nation is sedated but also alarmed by the current happenings.

Further showing their ability to lyrically compel, they also pay tribute to friends they have lost on “Thursday in the Danger Room” featuring Saxophonist Kamasi Washington, on a song that arguably could be their most powerful to date. Finally, the album closes out with “A Report to the Shareholders / Kill Your Masters” featuring Rage Against The Machine’s Zack de la Rocha on backing vocals. The longest piece off the album, it possesses an infectious beat and harsh sound, making it a highlight of the fourteen tracks.

With a constant theme of a giant middle finger to the masses, a revolutionary wake up call can soon begin. Inspirational, hopeful, and passion are not typical words one would think of in relation to the term Hip Hop, but Run the Jewels’ messages come straight from the gut. They continue to be a voice for many and let the world know “I am standing by your side for the fight,” working around the clock to address issues. Though they did not envision their career to be what it is today, Killer Mike and El-P use every opportunity they can to speak up, stand up, and march again. With the release or Run the Jewels 3, they prove they are here, and here to stay. CrypticRock gives this album 4 out of 5 stars. 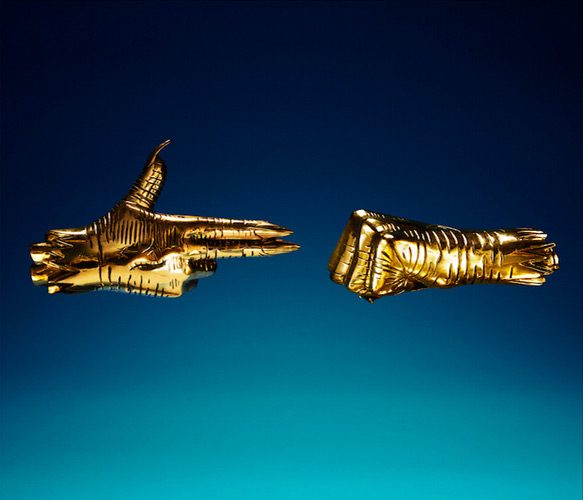