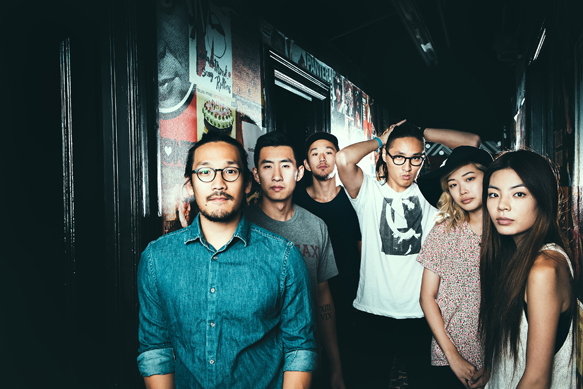 San Fernando, California based Korean-American Indie Folk Rock band Run River North began their journey back in 2011. Making musical splashes, they quickly won the Kollaboration 11 contest at the end of that year after changing their name from Monsters Calling Home. Inadvertently, they were brought onto Jimmy Kimmel Live! to do a spot the fall of 2012 by Honda, who got wind that Run River North made their videos from their Honda. Continuing to grow, they released their self-titled in 2014, an album about their life experiences, as well as one that received very positive reviews. Now in 2016, Alex Hwang (vocals/acoustic guitar), Daniel Chae (electric guitar/violin), Jennifer Rim (violin), Joseph Chun (bass), John Chong (drums), and Sally Kang vocals/keyboards) return with their sophomore effort, entitled Drinking From A Salt Pond. Released on February 26th via Nettwerk Music Group, Drinking From A Salt Pond features production from Lars Stalfors (Cold War Kids, Deap Valley, Matt & Kim) and is ten tracks of new music from the band bound to build international interest.

An exploration of sight through sound, the album begins with the energetic “Intro (Funeral) Parade” featuring an undulating beat that turns into an upbeat melody juxtaposed the dark theme of warning that if no one stands up, we all die. Next, “29” was one of the pre-released singles before Drinking From A Salt Pond dropped and it has a Folk/Pop vibe going on. With a piano lead-in before the melody, the song really kicks up in this piece seemingly about ghosts, or the constellation of Andromeda, Latin for “Ruler of Men.” Then, in comes “Run and Hide,” a song which was another single pre-released before the album. The mid-tempo track has an anthemic beat driven by Kang’s keyboards as she sings backup to Hwang’s lyrics of deciding whether to continue or terminate a relationship. Thereafter, drums lead into “Can’t Come Down,” followed by the keys, and there is a catchiness to the song as Hwang’s sings passionately.

Slowing the album’s pace is “Elam,” and it is about a conflict of interest as the couple or society tear each other up to let it slide, just to start the cycle over again. Like the citizens of Elam, that existed from 1100 BC-539 BC, they could not keep away from civil war. Then, “Ghost” has an Asian-esque riff that runs throughout the tune as the Pop melds in. This piece seems to be singing about being transparent when someone thinks they are being sneaky, but yet, do we really know someone. Bringing back the harder edge is “Pretender” with a bass riff that leads, with the drums following suit. The cutting lyrics could be aimed at someone, but more likely towards the self as we lie more to ourselves as we lie to anyone else. With a retro melody-vibe, “Anthony” comes in, driven by the drums. There is an ambiguity to who Anthony is, but Hwang does not want him to lose his innocence to the cruelty of the world.

Mystery surrounds the track “David Robinson” as the Pop tones carry the listener. With the lyrics, “Feel the light inside me/pushing me beyond my failing,” it gives way to speculation the song’s about the British philanthropist, who has a college named after him and a hospital named after his mother. Drinking From A Salt Pond’s finale is the nine plus minute cut “Winter Wind,” which is the slowest song on the album. With simple piano and vocals, it gives listeners sight through sound of where Hwang goes in his mind as well as his feelings. In addition, about six and half minutes into the track, an Easter egg starts with a short acoustic piece.

Drinking From A Salt Pond could be construed as a metaphor that we go through life drinking up the salty water, and it dries us up creatively, emotionally, and spiritually. Maybe that is thinking too deep, but with the ambiguity of “Anthony” and “David Robinson” and looking up Elam, that assessment may not be off base. There is more layers to this album than just one listen can glean. CrypticRock gives Drinking From A Salt Pond 5 out of 5 stars. 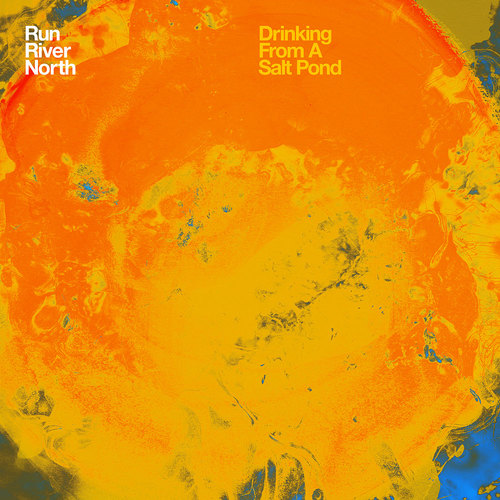