Featured at Fantasia International Film Festival 2016, Sitges Film Festival 2016, Bucheon International Fantastic Film Festival (BiFan) 2016, and winner of Film4Life Award award at Ferrara Film Festival 2017, Steven Shainberg’s (Secretary 2002, Fur: An Imaginary Portrait Of Diane Arbus 2006) Horror/Thriller film Rupture has created a bit of a buzz. Featuring a story of a kidnapped woman trying desperately to figure out what her captors want from her, AMBI Media Group released the film in theaters and On Demand as of April 28, 2017. Starring Noomi Rapace (The Girl With The Dragon Tattoo 2009, Child 44 2015) as Renee and Michael Chiklis (The Shield series, Fantastic Four 2005) as the bald man, it asks a simple question: what does our humanity mean to us, and can we be forced to give it up? 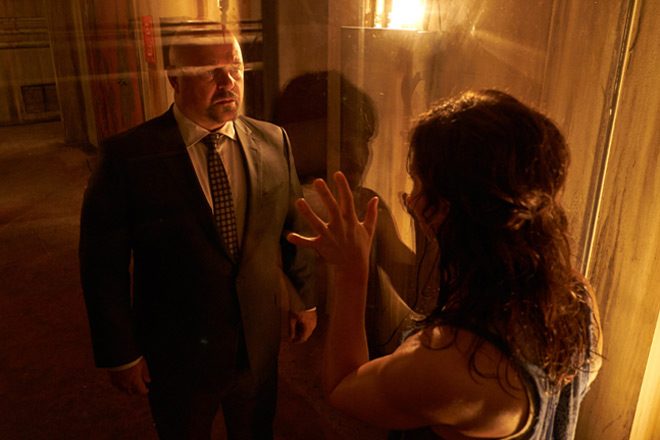 That question raised, Rupture does not unfold like one might think, and benefits greatly from taking some time to unfurl its premise. The audience might in fact at first be suckered into thinking this is going to be a very different type of film from the opening minutes: it uses audio/visual cues to effectively establish oncoming dread, but at first it seems like this is going to be a film that juxtaposes that dread with an idyllic suburban landscape. Instead, it goes in a different direction, using those opening minutes to establish a tonal baseline very different from the rest of the film, emphasizing the horror of the main character’s circumstances as her situation becomes more and more claustrophobic.

The photography is particularly excellent in this regard, the color pallette slowly draining into something dark and mad as the film slides into those specific depths. Of particular note too is how the director at first focuses on much wider shots than are eventually transitioned to, effectively boxing the audience in as the film progresses. None of these are particularly revolutionary techniques, but they are deployed precisely and effectively here, leading to an impressive final piece that is more than the sum of its parts. 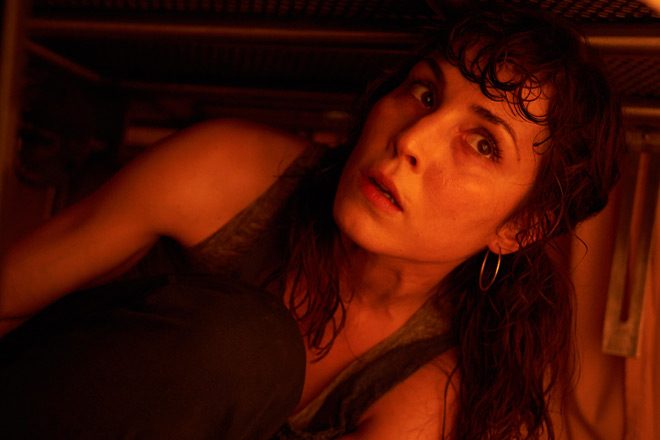 Indeed, this is true for most of the movie. There is little here that viewers have not seen before; much of the constrained body-horror has shades of a hundred torture porn flicks, it frequently plays on visual fears that have been used again and again in Hollywood, and even some of the actors are playing roles an audience is likely to have seen them in before. But as always, these do not matter, as even the most overwrought of concepts are still effective when they are done right. It does not necessarily matter if the image of spiders crawling all over a character’s face is done to death – it’s captured well and it adds to the film.

Moving away from the technical aspects of Rupture, the plot is relatively simple but surprisingly tense, with the tense DNA of a Thriller thrown into the mix to keep the audience engaged. Much of the plot is actually told through implication rather than exposition, the film taking a page out of videogame storytelling and having the clueless main character filled in through overheard snippets of conversation.

It also manages to be visceral without being exploitative; there is plenty of shots of an attractive woman squirming to break free, and she certainly suffers some indignities…but it manages to keep the terror of her situation authentic rather than playing it up for teenage boys, which naturally makes the film stronger. Authenticity is also the hallmark of the main characters relationship with her son, with both Noomi Rapace and child actor Percy Hynes White (Little Man 2013, Night at the Museum: Secret of the Tomb 2014) as Evan managing to give performances that convey the little nuances of a life together. 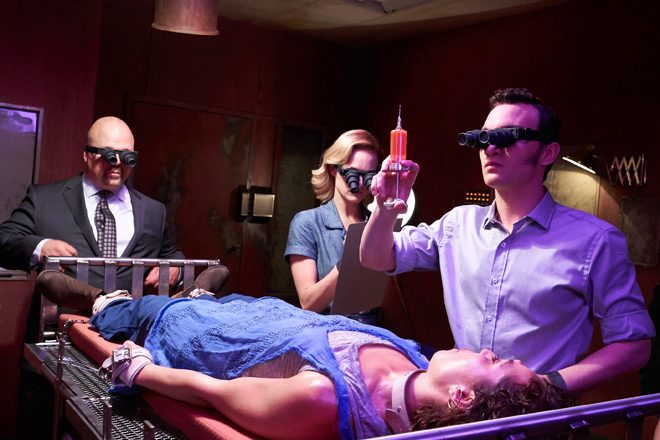 Unfortunately, White is not on screen for too long, and his absence hampers the movie. The claustrophobia may be effective for horror purposes, but it also robs the storyline of some of its emotional weight. Additionally, there is some late-stage plot twists that strain the films credibility, and they are further marred by some visual effects that are distractingly low-effort.

All this said, Rupture does not skimp on the suspense, balancing horror and tension into a comprehensive little package with an ending that is likely to leave you impressed with its vision. For that, CrypticRock gives Rupture 4 out of 5 stars. 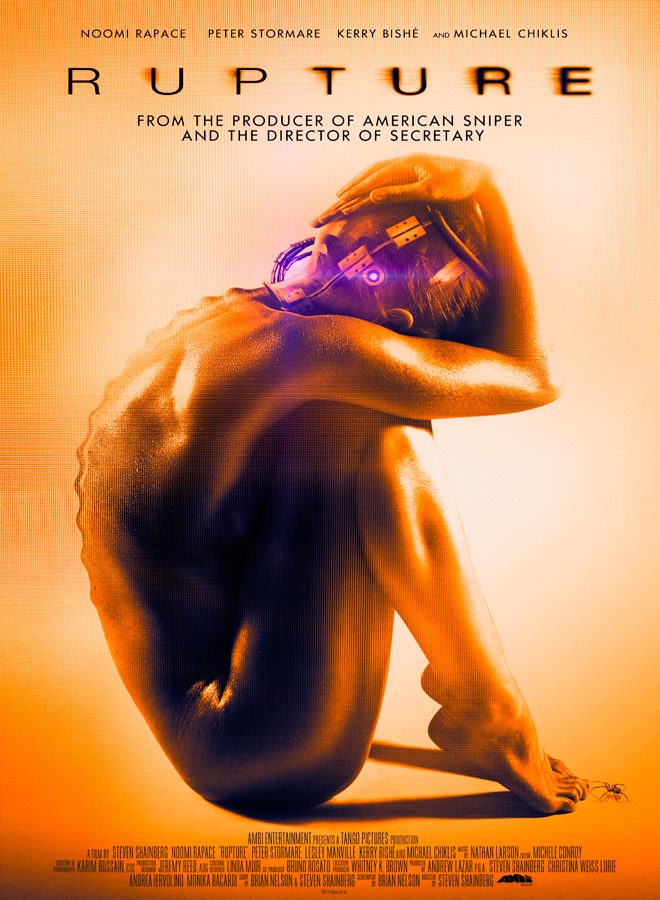