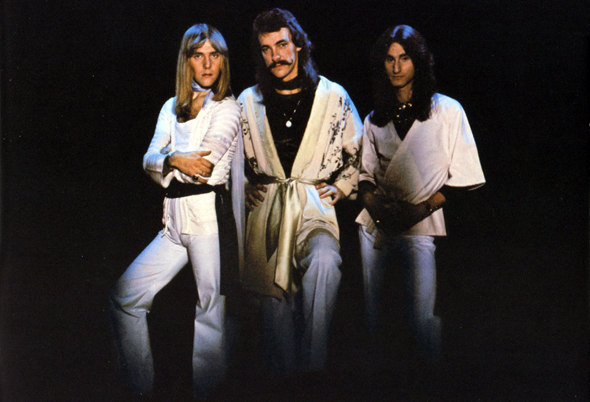 Founded back in 1968, Rush paved the way for Progressive Rock and took their music way beyond the boundaries of what is deemed as normal. Highly influential, many bands have tried to follow in their footsteps, proving they are truly pioneers like no other. From the friendly nation of Canada, Rush’s style has morphed throughout their impressive forty-five plus year career, but what has not changed since 1974 is the legendary lineup of Geddy Lee (vocals, bass, keyboards), Alex Lifeson (guitars, backing vocals), and Neil Peart (drums).

Debuting with the more straight-ahead Rock, self-titled album in ’74, RUSH, it would be the only studio release not to feature Peart. At the time of the recording, Drummer John Rutsey had some health reasons, thus ushering in Peart as his replacement just two weeks before their United States tour. Going on to release two album in 1975, the first in February, Fly By Night, and the second in September, Caress Of Steel, it was very apparent what a magnificent contribution Peart made to the music, not only in the complex musicianship he brought to his instrument, but also the contribution he made as the main lyricist for the band. Seeing the band set on taking a new direction, Fly By Night had introduced their first conceptual song, the eight minutes and thirty-seven seconds track “By-Tor And The Snow Dog.” Pushing the envelope further, Caress Of Steel featured two more such pieces in “The Necromancer” and “The Fountain Of Lamneth.”

Extremely in-depth and requiring the attention span of listeners, Rush’s producer and record labels blamed the lack of commercial success of the aforementioned songs on their length. Thankfully the band did not waver and stuck to their principles heading back into Toronto Sound Studios in February 1976 for their fourth album, entitled 2112. Soon released on April 1st, the record quickly rose to #61 on the Billboard Top LPs and Tape chart. Defying the advice of those wanting them to change, 2112 contained another multi-segmented song. The title track, consisting of seven parts, was just over twenty minutes long, again taking up an entire side on the vinyl. Attaining commercial success, 2112 has stood the test of time and become an all-time classic as it celebrated its fortieth anniversary on April 1st.

Putting the album on the turntable, the first and only song on Side One is “2112.” The song/story brings the listener to that year in the future when the world is ruled by a “collectivist mentality” known as The Priests of the Solar Generation. The first part of the song, “Overture,” has a gradual buildup with Lifeson ripping in with strong guitar riffs at about three minutes into the song. With the sound of explosions in the distance, this first part symbolizes the shift in time from when “the elder man” ruled the Earth to now in 2112. Concluding this part is the first vocals to be heard, “And the meek shall inherit the Earth.” Kicking up the tempo, “The Temples Of Syrinx” has lyrics describing how The Priests have set the way of this new future and how they attain full control over all aspects of life, even the simple pleasures such as music and books.

Then a beautiful guitar instrumental guides you into “Discovery” when one man finds an old relic from the past, a guitar. At just over eight minutes in the song, Lee’s vocals then tell the story of this wonderful discovery. This man is so elated by this discovery he brings it to The Priests, and so “Presentation” brings the listener into the conversation between the two. With drums and bass kicking in hard, Lee tells the story from both points of view using two different vocal styles to represent each party. The presentation does not go well as The Priests discredit the wonderful find and demand, “Don’t annoy us further! We have our work to do. Just think about the average, what use have they for you? Another toy that helped destroy the elder race of man. Forget about your silly whim, it doesn’t fit the plan.”

Once the presentation is over and the man is so distraught, Lifeson plays out the symbolism of the man’s anger as he plays the guitar in an aggressive manner at about thirteen minutes into the song. Coming down in tone and tempo, “Oracle: The Dream” brings the listener down the road of despair that this man is feeling, how he had dreamed, and continues to want to live the dream of how great life could have been if only The Priests could have seen his discovery’s value to man. The second to last part, “Soliloquy” is the man awakened into his new reality, that life is only for man to conform to the “collectivist mentality” and he cannot see carrying on in this way. Sadly, he finds his only way to deal with this reality is to end his life, “My spirits are low in the depths of despair, my lifeblood…spills over…” The “Grand Finale” is just that, a rocking instrumental to tell the final phase of the story. The last words the listener hears to close out this epic song is the reminder from The Priests, “Attention all Planets of the Solar Federation, we have assumed control.”

Then the listener is treated to a whole new experience as they turn the album over to Side Two. Starting off with a feel good song, “A Passage To Bangkok” takes you on a virtual train ride, or is it? This song can easily hold multiple meanings with sudden innuendos such as “smoke rings fill the air.” With Lifeson playing an upbeat Oriental riff, Lee cranking away on the bass, and Peart going wildm treating the listener to full orbital drum riffs throughout his drum kit, this song easily became a fan favorite. The following song, the shortest one on the record at just over three minutes, is by far the most lighthearted song on the album. “The Twilight Zone” features dreamlike quality instrumentation and lyrics about the television show by the same name.

“Lessons,” with lyrics written by Lifeson, has an upbeat bouncy tempo. Lee showcases his high vocal abilities and plays suitably busy bass lines, all while Lifeson plays strong riffs on his guitar and Peart accenting with his drums, leaving no room for air. It is clearly a song about life lessons, learned and taught. The next song, with lyrics written by Lee, “Tears” is a deep meaningful song. With a wistful feel to it, Peart holds down a steady beat while Lifeson strums away softly. This song also features Hugh Syme on keyboards while Lee sings the song so humbly, treating the listener to chills running up their spines. Then, taking things back up to high gear, the last song on the album is “Something For Nothing.” With a classic Rush feel, its vibrancy, deep meaning, and force, it ends the album with just the right amount of power. Lifeson plays a strong solo while Peart fills in in all the right places.

The album’s cover art was more complex than it may have seemed at first glance. As the story of 2112 was described earlier, the Red Star on the cover was the symbol of the Solar Federation, the ones who controlled all aspects of life in that era, a “collectivist mentality.” On the back cover, some printings of the album art you would find on the inside, the Red Star symbol is seen again, but this time a naked man stands against it, holding his arms out to it to oppose its very existence. This Man In The Star symbol became a long used logo for the band. It was also quite popular with Rush fans who liked to wear plain jean jackets with this logo painted on the back panel of the jacket to show off their love of the band. This was a big part of the style for Rock fans in the late 1970s to mid-1980s.

In enough words, 2112 is a classic and timeless piece. With the complexity in the literary lyrics and Progressive musical style, this album offers the listener something very unique. This album is by far one of the most special and intricate bodies of work the band has produced, a shining piece of history as part of the twenty albums they have released so far in their career. Above all, it is a testament that one should stick to their artistic vision despite naysayers because it could lead to something truly magical. At the end of 2015, rumors began to swirl that the band was calling it quits, but according to interviews with the members, that may not exactly be so. It seems they will not be doing any more expansive touring, but they give their fans hope to hold onto in hopes that they may possibly record and do some light touring in the future. 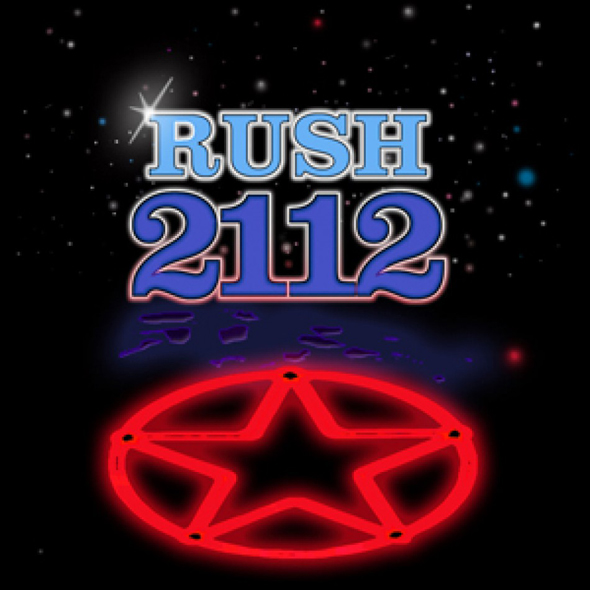