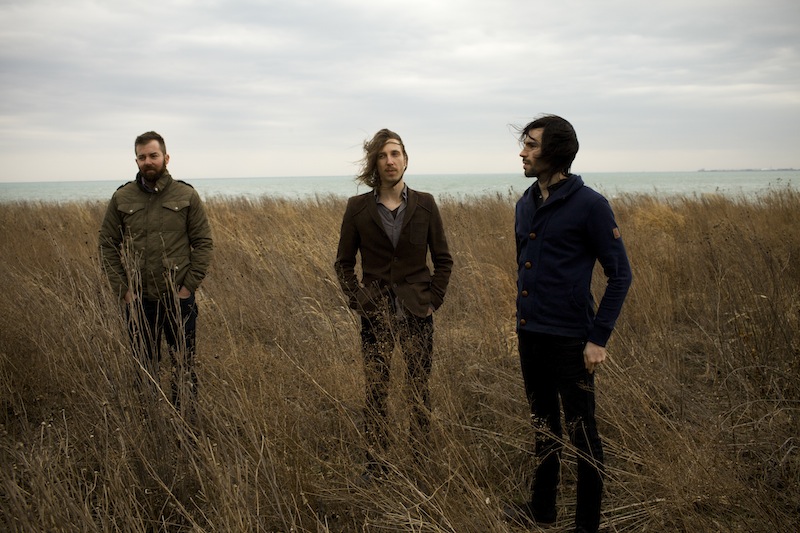 Memorial: an object that serves as a focus for memory of something, usually a person (who has died) or an event. By extension, the object is a symbolic representation of all the experiences, both good and bad, that are associated with said person or event. With this definition in mind, the aforementioned latest album by Chicago instrumental three-piece Russian Circles is a fitting description for such a polarizing collection of songs.

Seeing as Russian Circles create music void of vocals and lyrics, it is interesting to note how bands of this style hold the attention of the listener. Most fans are music lovers, but perhaps maybe not musicians themselves and therefore don’t appreciate the nuances of a musical performance. It is because of this that instrumental groups must have an aspect to their sound that stays grounded in moods, emotions, and musical atmospheres. The ability to create peaks and valleys in an album and retain the interest of the listener is an inherent quality of Russian Circle’s music; but is arguable that this latest effort is the finest offering of their craft.

Russian Circle’s style resembles a more musically patient and dynamically diverse version of Isis or Pelican, with their primary quality being their ability to shift drastically from one movement to the next, while still presenting a cohesive musical experience. In short, the music becomes a kind of soundtrack to your life. Whether you are walking down the street or performing some other task it seems to take up and surround the moment you are present to.

The album begins with the aptly named “Memoriam”, a track that serves as a peaceful introduction to what will be a twisting and turning musical endeavor. The song is centered on an odd meter guitar picking part with violin and keyboard in the background, and presents a calm and pensive vibe that may in fact feel too short or abrupt. This may be an intentional move however, because the dark and churning “Deficit” rips unexpectedly into the quiet atmosphere created by the first track and turns it on its head. This is a heavy and sinister sounding song, which is dominated by eerie progressions and fuzz driven guitar and bass with equally aggressive drum patterns. The first part of the song is a collection of dissonant guitar lines that ebb and flow in an unconventional manner but seem to be grounded by the simplified drumbeat. At about the three minute mark the song takes an even heavier turn and presents the listener with a relentless chugging riff that serves as the backdrop for the remainder of the song, creating some interesting rhythmic variations and allowing for a tasteful drum solo.

The next track, titled “1777”, is a more rock driven and airier song than its predecessor. It is characterized by a wash of reverb soaked tremolo guitar parts and a captivating drum beat that is tied in at the beginning and end of the song. This song is reminiscent of Explosions in the Sky, but Russian Circles put their signature sound on it and create some impressively huge sounding passages given their limited instrumentation. The depth of emotion on this song is one to marvel at, and each listen evokes a complex range of feelings. Following this behemoth is “Cheyenne”; a song that more or less is an outro or extension to “1777”, this time creating a soundscape with guitars, bass, keyboards and violin. The less intense mood of this song serves sort of as a reflection of the previous track and gives some great breathing room between the heavier songs. “Burial” is the following song and is akin to “1777” in that it begins with and is driven by a drum beat, which in many respects is a recurring theme in Russian Circle’s music. This song is also quite heavy, but in a different way than “Deficit”, as it has a more grinding and sludgy quality to it. The layered guitars really stand out on the track and are also kind of an opposite take melodically speaking when compared to the “happier” sounding atmospheric parts on other songs.

The darkness gives way to light in a musical shift as “Ethel” follows “Burial” and in many respects is the crown jewel of the album. The song is based on an enchanting guitar tapping lick that is given the backdrop of a shuffle beat and an emotionally soothing chord progression. The warm quality of the guitars are contrasted with the heavy bass and equally hard hitting drums, creating a nice juxtaposition and lets the song explore greater dynamic range. The next track is the adventurous “Lebaronn” which is a heavier song that continues the light/dark trend that is presented from track to track. The song has a hard-hitting intro and gradually reaches a creepy Porcupine Tree-esque groove, which uses again the odd meter (7/8) feel to disorient the listener but still retain a sense of togetherness. And as a closing moment for the album, the title track “Memorial” is an appropriate sign-off to what was most certainly a journey of an album. Renowned vocalist Chelsea Wolf makes a guest appearance on this song, and her soothing and haunting voice can be heard in the background amongst the reverberated instruments. This song presents a strong euphoric and mysterious musical color that it is a very fitting album closer, and even contains the same guitar part from “Memoriam” as a way of really tying the whole album together. The softer track placed at the end of the album is again a way of allowing the listener to reflect on the musical events and roller coaster of sounds that were presented throughout the album.

Very often it is the case that instrumental music gets swept aside or discounted because of its self-centered and introverted musical sensibility, but Russian Circles have created what is a defined and accessible art form. All the intensity and raw aspects of a rock trio coupled with soaring soundscapes and layered guitars is a captivating musical experience that all listeners, musicians or not can enjoy. Memorial is an album that grabs you from the first listen but also grows on you and allows for a deeper appreciation of the music with more and more spins. Russian Circles are really coming into their own with this album, and one can only hope that they continue in this highly expressive and creative direction. CrypticRock gives this album 5 out of 5 stars! 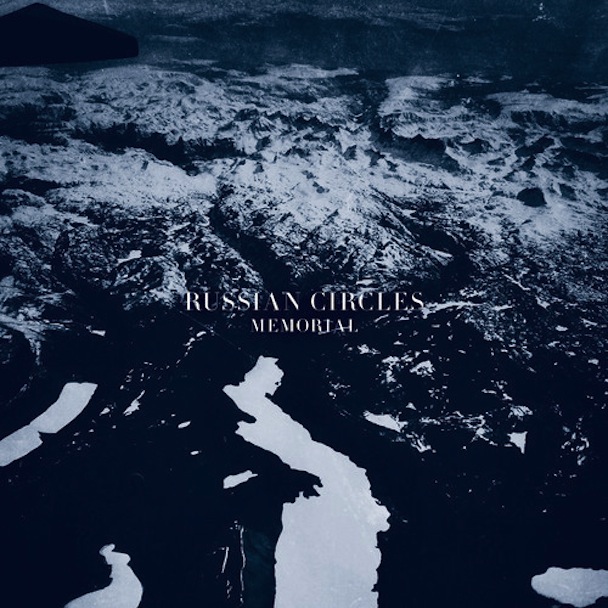