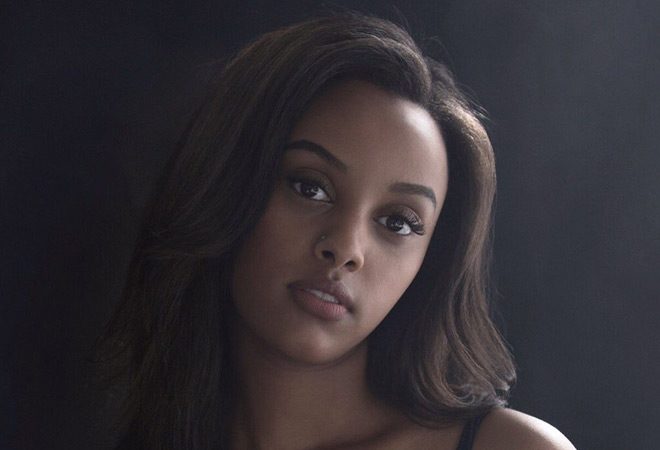 Everyone needs somewhere to turn to feel safe, secure, and loved. For many of us, that place is music. For young Canadian songstress Ruth B., it would appear that music is indeed her Safe Haven. The proof of this arrived May 5, 2017 via Columbia Records.

Ruth B. was born Ruth Berhe, a Canadian singer-songwriter who got her start in music with her Vine video page. Inspired by the popular TV series Once Upon A Time, Ruth crafted a unique fairytale entitled “Lost Boy,” in 2015. Her massive social media buzz forced record labels to take notice and Columbia Records snapped up the young Canadian and released her debut EP, The Intro, in November of that year. It, of course, contained the aforementioned single which would go on to be certified multi-platinum in the US (2x), Canada (3x), Sweden (3x), the Netherlands (2x), Denmark (2x), as well as being certified Gold in Norway.

Without even having released a full-length album, Ruth would be nominated for an extensive listing of awards, including a Teen Choice Award, BET Award, and several Juno Awards. She was chosen to open Alessia Cara’s North American tour and quickly won over fans with performances in such historic venues as New York’s Radio City Music Hall and Nashville’s Ryman Auditorium. In the ultimate, delicious twist of irony, Ruth’s “In My Dreams” would be chosen to appear on an episode of ABC’s Once Upon A Time last November.

Now, her full-length studio album, Safe Haven, is finally here. The twelve-track collection was produced by Joel Little (the Grammy Award-winning songwriter of Lorde fame); with the exception of “Superficial Love,” which was produced by noteworthy Hip Hop Producer Mike Elizondo (who has also worked with Fiona Apple and Avenged Sevenfold, to name but a few). No shrinking violet, every single track on Safe Haven is, in fact, written and composed by the lovely Ruth herself. “I have put the last couple years of my life into this album,” she promises. “My memories, stories, and friends all make appearances in the melodies and hooks. My greatest hope is that these songs will resonate with listeners and find homes in their hearts.”

Safe Haven opens with “Mixed Signals.” Gentle, minimalist piano work and candid, soft vocals provide an homage to some seriously mixed signals in a relationship. “Loving you is my greatest sin,” Ruth confesses in this beautifully poignant first track, which is a solid representation of the entirety of the album. It segues flawlessly into “Dandelions,” one of the more dance-able tracks of the album. “I’m in a field of dandelions wishing on everyone that you’ll be mine,” Ruth sings in this track that is a shoe-in for a Dance remix.

The sole Elizondo-produced track, “Superficial Love,” was earmarked for the album’s first single/video and, sure, it is catchy – and one of the album’s more uptempo tracks – but it is hardly the album’s best. Ruth sings about “being done” with this superficial relationship, and wanting “authentic” over showy-fake love. She is one smart cookie! She moves forward to present a more sensual, Jazz-influenced approach on “If This Is Love,” where we question why, if this is love, does it feel so bad? Ruth’s formula is a simple one: unpretentious vocals and stunning piano work that largely debate the fickleness of human relationships.

It is her breakout single, “Lost Boy,” that flits across her standard lyric formula and spins everything wings over ankles.  “Neverland is home to Lost Boys like me and Lost Boys like me are free,” she sings in a love song to fairytale freedom. It is a delicious little flight of whimsy! The tributes to youth continue with the aptly-titled “Young.” “I’m obsessed with being a mess,” Ruth confesses without shame in one of the album’s more upbeat Pop tracks. She progresses to touching sincerity in the bittersweet “If By Chance,” a song about moving on from a relationship but still feeling sadness upon seeing your ex happy with someone else; and hoping for that second chance. It is undeniable that Ruth B can craft an emotionally-stirring Pop/Adult Contemporary single with those signature, sincere vocals and classic piano etudes.

When the relationship devolves into “World War 3,” Ruth B. can spin a truly amazing song about that demise. “You meant the world to me, then you went World War 3,” she sings in one of the album’s hands-down best tracks. Infectious piano strokes and lyrics that even the hardest of hearts can relate to encompass this magnificent representation of Ruth’s music; if you do not enjoy delicate piano work and a straightforward, minimalist sound, then Ruth B. is not for you. She follows this with the beautifully-orchestrated strings of “In My Dreams” and the album’s finale, the “First Time,” acknowledgment of being okay being alone. It is a conclusion that is as soaring as it is confessional.

The majority of Safe Haven presents Pop-centered songwriting that embraces the minimalism of Folk music: a beautiful young woman’s voice, a piano, and solidly-crafted songs that openly discuss love, relationships, and youth. Ruth B. breaks no boundaries, nor does she challenge the system, but dammit, the girl is utterly sincere and completely likeable. Safe Haven reads like a gentle nudge from a friend, a discussion about the struggles inherent in love; and like the best of friends, it is familiar, welcoming and embracing.

It would be easy to say that Ruth finds influence in someone like Alicia Keys – another superbly talented lady with ivory-tinkling skills galore – though at the ripe age of just 21, Ruth lacks much of the sass and endless eclecticism that make Ms. Keys such a truly unstoppable force in music. Despite this, Safe Haven is a solid offering for a debut album, though only the future will prove if Ruth B can evolve her sound, stay grounded in her luscious minimalism, but still explore new avenues in her lyrical journeys. For these reasons, CrypticRock give Ruth B.’s Safe Haven 4 of 5 stars. 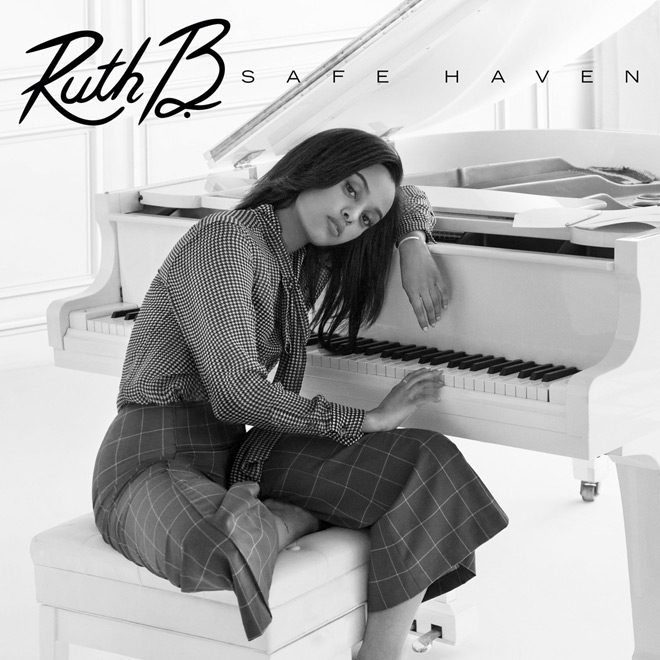