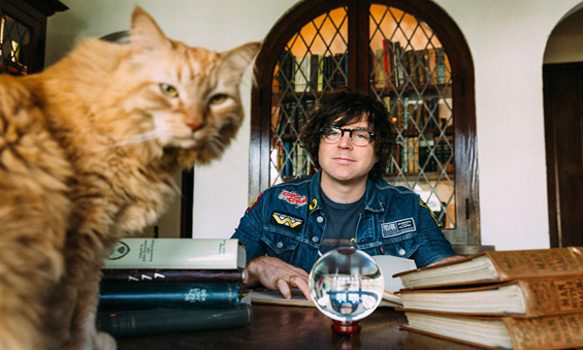 There is something definitively pure about Ryan Adams. The 42-year-old singer-songwriter’s musical influences and ability to take any song from any genre and make it undeniably his own sound are evident in the various styles he has incorporated into his many albums, from Country and soulful Rock to Folk and even Heavy Metal. Then there is his cover of Taylor Swift’s entire 1989 album. It seems like Ryan Adams can do almost anything, and the end result is always something genuine.

One thing that has remained consistent, aside from Adams’ prolific career of sixteen full-length studio album releases, is his relatability. It is easy to find a connection to his music because his songs are raw and honest. From great pain comes great art, and Adams has never shied away from using his romantic pain to produce brilliant work. Now Adams’ returns with his latest release, Prisoner, on February 17, 2017 via his label PAX-AM and Blue Note Records. An album about the universal themes of heartbreak and loss, it is a cathartic exercise spawned by the end of his six-year marriage to actress Mandy Moore, ultimately providing a window into Adams’ harrowed heart.

The music of the ‘80s is an obvious influence on opening track “Do You Still Love Me?” iT begins with an organ playing a melody similar to that of Whitesnake’s “Here I Go Again,” and then there Is that recognizable hint of Survivor’s “Eye of the Tiger.” It is Adams’ take on a power ballad about heartbreak with poignant lyrics like, “I will count the days/Another sun goes down/And I’ll never see the rays.” The title track, “Prisoner,” follows with a mid-tempo earnest tale of woe. Against the backdrop of overlapping guitar, Adams gently sings, “Clock don’t know what your memories do/They’re stacking up beside the bed/I count ’em every night inside my head.” The song comes to an end with the sound of a harmonica playing against the melody.

The harmonica is back on “Doomsday,” another mid-tempo track that possesses a spirit and soulfulness. It once again is an emotional representation of Adams working through his pain as he laments, “One part is the world and one’s my heart.” The well-constructed song has a Springsteen vibe, with elements of Folk and heartland Rock. The Springsteen influence continues on “Haunted House,” a dark and intimate track that highlights a more distraught headspace with lyrics like, “Nobody stops to write, nobody calls/My friends all disappear/They all got lost.”

Adams slows things down with “Shiver and Shake,” a song that is rife with loss and longing. It is haunting, emotional, captivating and heartbreaking. The pain is almost tangible here as Adams sings, “Maybe I’m a fool, doesn’t matter anyway/My chest is all tight/My heart still aches/These are the days, you need double what it takes/I’ve missed you so much I shiver and I shake.” It is an extremely vulnerable offering and simply beautiful.

A twangy guitar gives a Country-Folk edge to the mid-tempo “To Be Without You.” It is one of the strongest tracks on the album as it so eloquently speaks of loneliness and the pain of the aftermath of a love that is lost. It is easy to find a connection to powerful sentiments like, “Used to feel so angry/And now only I feel humble/Stinging from the storm inside my ribs where it thunders.” The use of repetition on the next track, “Anything I Say to You Now,” elicits that feeling of running through the events of a relationship in your head to try to figure out what went wrong, proving another relatable element of loss.

Opening with the strum of an acoustic guitar, “Breakdown,” slowly progresses into a full-on Rock ballad. It Is easy to get swept into the melody of the song, which encompasses the audience as Adams asks, “Did I lose you?/Did I lose my mind? Adams follows the ‘80s tinged “Breakdown” with the overwhelmingly Springsteen infused, “Outbound Train.” The song sounds like it could have been written by the Boss himself. Adams’ vocals here even resemble Springsteen as he sings, “Lost inside the void of the fading tail lights.

Then there is “Broken Anyway,” which reinforces the Taylor Swift correlation of Adams’ music. The song sounds like it could have just as easily been penned by Swift, another frequent heartbreak storyteller. The final two tracks, “Tightrope” and “We Disappear,” continue to showcase the melancholy feelings of dejection that weaves through the album.

Adams frequently borrows from ‘80s heartland Rock, specifically incorporating a Springsteen-esque sound throughout Prisoner without it ever feeling forced or inauthentic. He is able to capture the essence of that era and still sound original. Adams’ versatility as an artist is evident, yet he is easily identifiable, especially lyrically, often focusing on universal themes like love and heartbreak. On Prisoner, he once again gives us a collection of songs we can all relate to, that we can use in our own cathartic way. CrypticRock gives Prisoner 4 out of 5 stars. 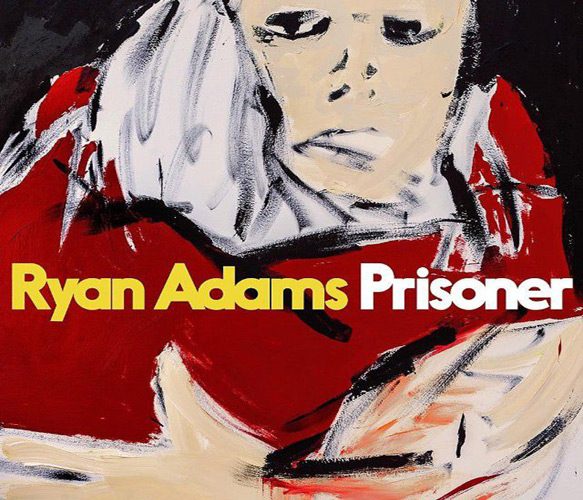