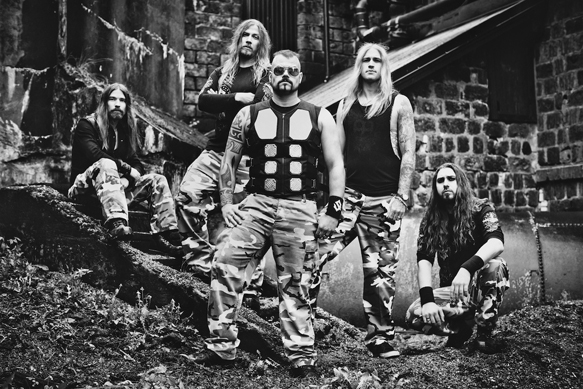 There is only one band out there where many listeners can define a group by stating simplistically, “only Sabaton can pull that off.” The Swedish Power Metal act has held a consistent style since their formation in 1999 that consists of heroism and bombastic tunes about wars over years past. Consistently known for their historical lyrics and bold anthems, where in the beginning Sabaton battled themselves as they sacrificed it all to go after their dreams. It took over five years to make the self-financed 2005’s Primo Victoria, and since then, phenomenal albums have been created, which includes the eighth studio masterpiece, The Last Stand, that arrived on August 19, 2016 via Nuclear Blast Records. A follow-up to 2014’s Heroes, The Last Stand visually landscapes battles between the Spartan days to World War II and beyond.

Featuring Joakim Brodén (vocals), Hannes Van Dahl (drums), Pär Sundström (bass),Chris Rörland (guitar), and making his final appearance on a Sabaton record,Thorbjörn Englund (guitar), the band worked with the famous Producer, Hypocrisy’s Peter Tägtgren. Always an important part of the entire pack, the cover art was created by their long-term collaborator Peter Sallai, who crafts art that reflects soldiers throughout different historical battles and periods of time, which alludes to the album’s subject matter on the main battles throughout world history. Sabaton researched quite a bit for this album as Brodén explained, “Regarding new lyrical themes, there were several possibilities this time, but when we came up with the idea about the famous last stands on battlefields and other historical places, that was it. We didn’t have to look any further.”

All that in mind, the album opens with “Sparta” as it slowly builds towards a loud and bold “Ooo! Ahh!” chant. Brodén’s distinct vocals kick off the story that includes the Battle of Thermopylae in 480 BC during Ancient Greece with “Many, many years ago.” A tale about Spartans going to war as the guitar riff commences, the story unfolds about “dying in hell,” and “never giving up.” It is a bold opening that includes an energetic guitar solo towards the end as the battle continues with chants as though there are thousands of people shouting out “Sparta!” The history moves to Germany a”Last Dying Breath”powerfully moves in with a warrior-like bold stance. It lyrically depicts a visualization of the battle as it includes a coarse chorus with rapid instrumentals.

Bagpipes enters in as though history moves towards a Scottish celebration with “Blood of Bannockburn.” The lyrics clearly state, “point of no return. Join the Scottish Revolution,” which suggest the Scottish victory from the First War of Scottish Independence. This win is musically displayed with keyboard enhancements, Funk elements, and a short but energetic tune. Then, music silences when the spoken-only track “Diary of An Unknown Soldier” enters with a narrative about battle as it generates corpses and layers of the human flesh. It continues to define what it is like being on the battlefield as though it is “a rhythm of death.” Under one minute long, it practically introduces the next song, “The Lost Battalion.” The latter opens up with a catchy chant as it moves back instrumentally to the tale of the Great War, the one that gave nine companies in the United States’ 77th division during the Battle of Argonne in 1918. It is harsh and dramatic as guitar riffs move along as though it is part of the battlefield, searching for victory or landing in defeat as “the stakes are high.”

Moving through history, the album shifts to the year 1879 at the Battle of “Rorke’s Drift.” This was a battle in the Anglo-Zulu War where over 150 British troops somehow successfully defended the garrison against an assault of over 3,000 Zulu warriors. As the song depicts, “soldiers attack,” “fire at will,” “the end is near, there is no surrender.” It is a fast “attack!” tune that flows with reinforcing engagement. Thereafter, the album title-track, “The Last Stand,” comes in lyrically covering over 2,500 years of history that dates back from Thermopylae in 480 BC, The Fall of Constantinople in 1453, and so forth, as it is a military placement where troops display a defense standpoint as all odds appear against them. Musically, it seems like the climax of the album with powerful chants, lyrics with “the way of the sword,” as it incorporates a progressive guitar solo with the hunger to honorably defend and protect.

History shifts to the year 1988 during “Hill 3234” as it is a song about the Battle of Hill 3234 which was the Soviet battle in Afghanistan. It describes this destruction in a darker and aggressive approach as one should “hold your ground” as the troops continue to strengthen and prepare. Historical events move once more to September 24, 1877, in Kagoshima, Japan at the Battle of “Shiroyama,” which led to the destruction of Saigō Takamori’s army along with his death and the end of the Satsuma Rebellion era. Sabaton defines this with a powerful chorus with definitive lyrics as “Imperial force defied, facing 500 Samurai. Surrounded and outnumbered. 60 to 1, the sword face the gun. Bushido dignified. It is the last stand of the samurai. Surrounded and outnumbered.” Quite intense, it is one of the strongest, boldest, and daring pieces of the album.

As the album nears its conclusion, the music moves to Medieval Europe with “Winged Hussars.” It is a massive tune filled with chanting as it rings in with power as it searches for its own final sacrificial threshold. This leads to the fittingly titled finale, “The Last Battle.” Moving, with keyboard enhancements, it takes the listener back to 1945 when U.S. and German Soldiers joined forces during World War II in Europe at the Battle for Castle Itter. For those that may purchase the album with bonus tracks, three riveting covers are offered with Stan Ridgway’s “Camouflage,” Judas Priest’s “All Guns Blazing,” featuring guest vocals from Rob Halford, and Iron Maiden’s “Afraid To Shoot Strangers.”

There is little room for disappointment with Sabaton’s The Last Stand. Well produced and entertaining, despite its short length, it is a powerful historical album. Musically, it remains catchy and enjoyable, however, it remains consistent to Sabaton’s previous albums. As mentioned before, only Sabaton can pull this off as it remains robust and entertaining from beginning to end. For this reason, CrypticRock gives The Last Stand 4.5 out of 5 stars. 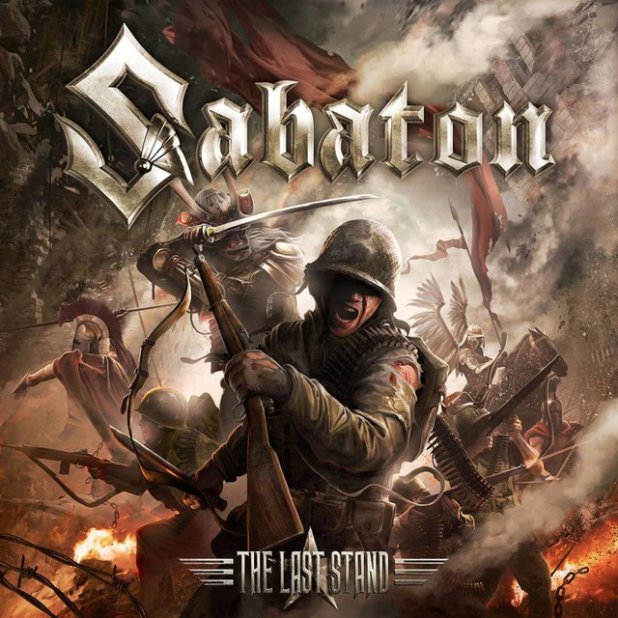