Peter A. Dowling’s (Flightplan 2005, Studs 2008) film adaptation of the novel Sacrifice, written by Sharon Bolton, initially hit the public via IFC Midnight back on April 29th in theaters and on Blu-ray/DVD on September 2oth of 2016. 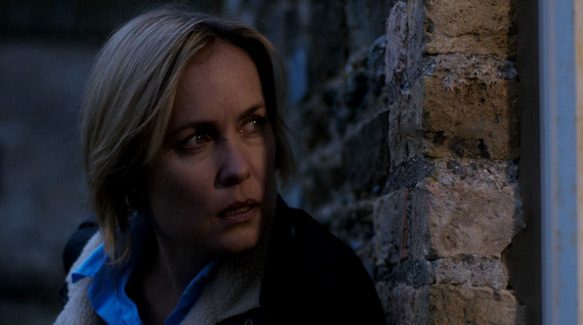 The film begins with Dr. Tora Hamilton (Mitchell) rushing into a hospital room as a pregnant patient, experiencing complications, while her husband awaits a diagnosis. Upon determining the issues, an emergency C-Section is required and Dr. Hamilton soon begins bleeding, ultimately miscarrying her own child right there in the hospital.

Tormented by her own inability to carry her child to term, Tora and her husband, Duncan Guthrie (Graves), move from the United States to the Shetland Islands. Looking to start the process of adopting a child, they are also looking for a fresh start in this location 100 miles off the north-east coast of Scotland. Duncan’s father, Richard Guthrie (Robb), is a very well-known and respected doctor that sets his son and daughter-in-law up with a beautiful home, good jobs, and all of the basic necessities required for them to begin their new life. 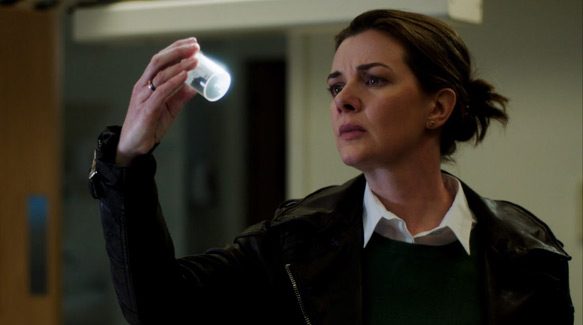 Tora starts her new job at the small island hospital, working under Dr. Kenn Wickliff (Vollebregt), all the while undergoing the process of adopting a child from the famed Tronal Island, a location greatly isolated and lies just off the coast of the Shetland Islands. One morning before work, Tora notices that one of the horses on the property has died, and due to the difficulty in reaching her husband, she decides to bury the horse herself using a small backhoe found right there in the pasture. While digging a hole, she uncovers the remains of a badly mutilated body and notifies law enforcement, to which DI McKie (McElhinney) and Sgt. Tulloch (Crawford) respond. 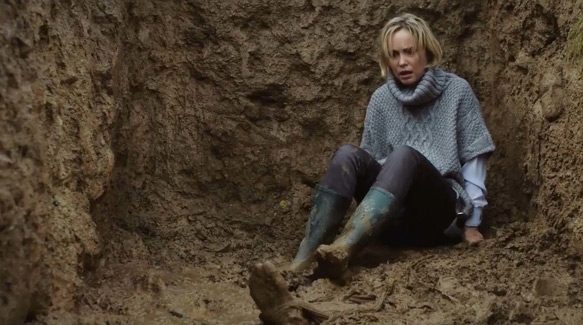 The body found is presumed to be that of a young woman age 25-35 who died as a result of hemorrhaging because her heart was removed through a gaping hole in her chest. Norse runes had been burned into her back and it is later discovered, by Tora, that the woman had given birth a little over a week before she had died. The body is said to be over 200 years old but so incredibly preserved because of the rich peat soil that runs through the islands, leaving the case to ultimately be closed by McKie.

Tora struggles with dropping the case as she continues to uncover clues that suggest the ritualistic murder occurred much more recently than suspected. Against McKie’s orders, Tora enlists the help of Sgt. Tulloch in gathering evidence and solving the crime that will entangle the lives of some of the most prominent figures on the island, as well as the notorious, yet suspicious Tronal Island.

Sacrifice is filled with mystery and suspense, revealing a plot that runs much deeper than the assumed isolated incident. The characters are well-developed and rather difficult to crack, as the viewer never quite knows who is or is not involved.

While void of any real gore or violence, it was not needed to convey the horror that was felt based on atmosphere and circumstance alone. Besides being a fine whodunit, Sacrifice also comes off as a Drama, tugging at the heartstrings of any woman who has experienced difficulty in conceiving and giving birth. A thrilling tale of fertility, folklore, and family secrets, CrypticRock gives Sacrifice 3 out of 5 stars. 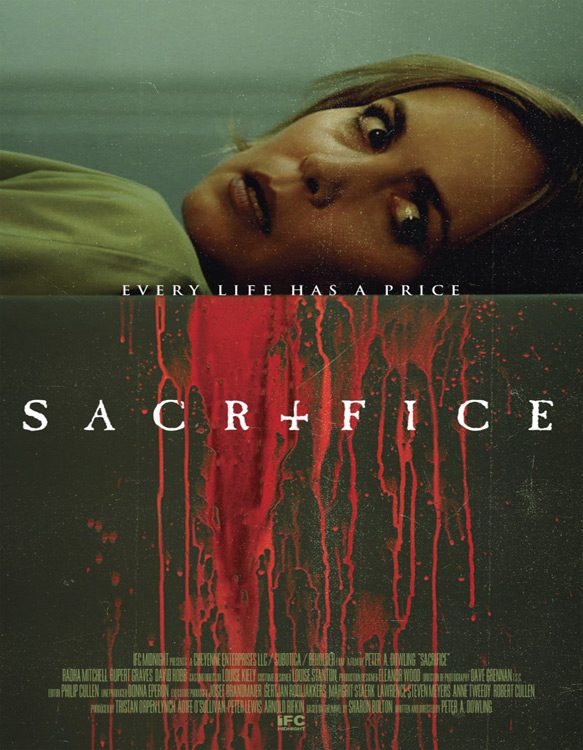