Sacrilege is defined as the “violation or misuse of what is regarded as sacred,” and which can sometimes refer to the desecration of certain religious memorabilia or symbols for the purpose of connecting with forces which are firmly forbidden by one’s moral higher power. Such disrespect may come in the form of displaying upside-down crucifixes, defacing religious sculptures, destroying the Bible, heresy, or tampering with a consecrated host, as well as a variety of other things. The sacrilege in the latest film by the same title is presented as a cursed music box displaying the image of a little girl praying with a rosary that wields an upside-down cross. 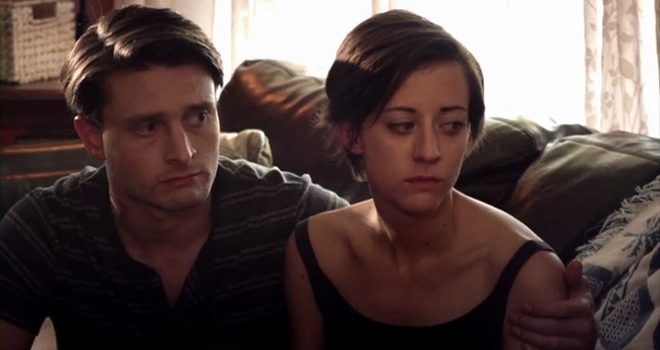 Directed by Paul Catalanotto (Facing Cancer 2013, First Dates are Murder 2008), written by Paul and Mary Nguyen Catalanotto, as well as Mark Twain Williams, Sacrilege is a Supernatural Horror movie that was filmed more like that of a Drama. Released to Redbox on May 2nd and available for purchase on DVD June 6th via Cinedigm, is Sacrilege a worthy addition to Horror fans’ collection? 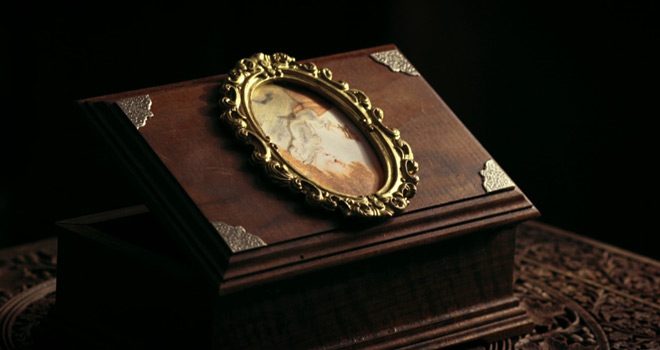 The film centers around the story of a girl named Jessica (Foreman) who buys her best friend, Samantha (Few), an old Victorian-style music box for her 22nd birthday from a yard sale. This is not just any antique music box though, as this particular box inhabits a malevolent force that plays a killer melody for its owner. When Samantha suffers a similar fate to those who previously owned the box, Jessica and her boyfriend enlist the help of paranormal investigators Dr. Harris (Baptiste) and Ted (Pearson) to eliminate the evil entity which has now become attached to she and Cole (Salloum).

The premise of Sacrilege is not exactly original – girl buys indestructible possessed item from yard sale and any recipient of it forges an unhealthy attachment to it until it ultimately leads to their demise – but credit is due for the music box aspect and its eerie, innocent, and childlike melody, which did keep it interesting. In addition, the acting in the film is actually quite average, with no performance truly standing out and shining. Though not terrible, the acting did little to heighten viewers’ fear and failed to allow them to become absorbed in the story. Some moments of intensity felt a little forced and inauthentic, making it difficult to connect with the characters. 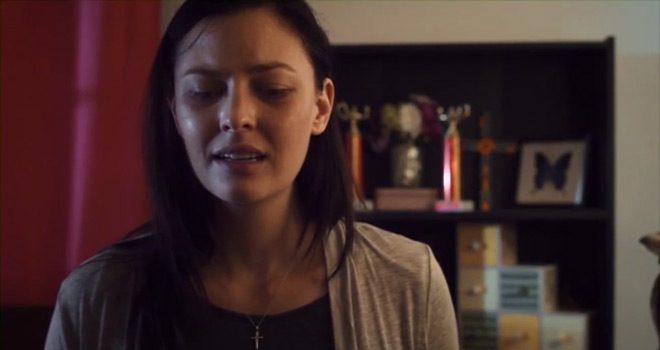 The film score superbly amplified viewers’ apprehension and gave them something to feel uneasy about, although it was typically followed by little action to essentially lock in the scares. The cinematography was adequate and flowed with ease, as it respectably set the scene and enhanced the film’s creepy atmosphere. The special effects were reasonable and handled well, but there was very little gore and blood present throughout.

If movies such as Sacrilege have taught viewers anything, it is that they should never buy any type of old or antique box from a yard sale ever again, because it is most likely haunted or possessed and will kill you and everyone and everything you love. Sacrilege’s greatest challenge is its pacing; it started off very strong, grabbing viewers’ attention and making them want to watch more, but then it inconsistently slowed down and sped up in a way that could potentially cause viewers to lose focus. The pacing coupled with limited effects, few scares, sufficient acting, and an acceptable storyline is why CrypticRock gives Sacrilege 2.5 out of 5 stars. 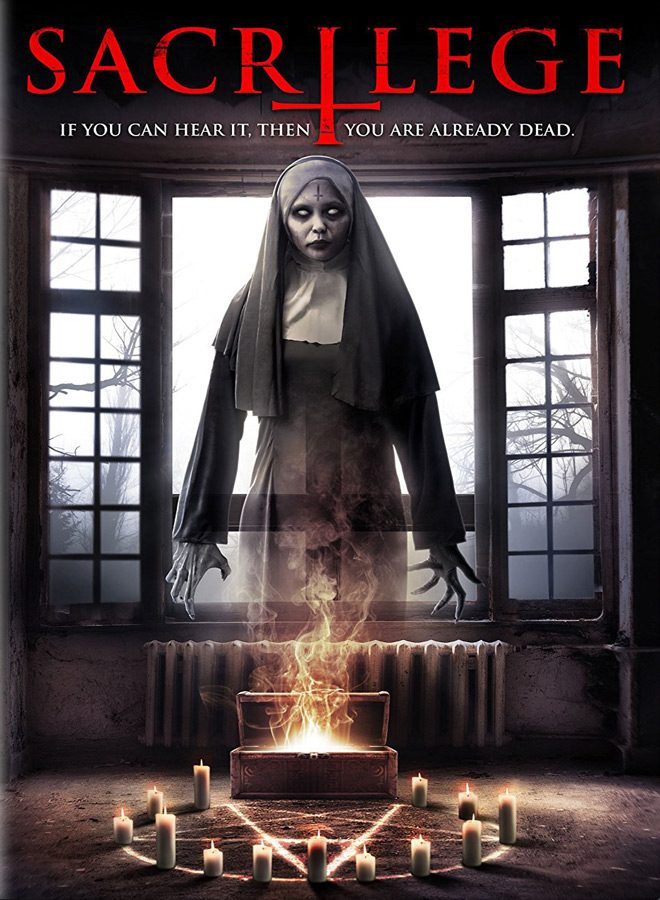